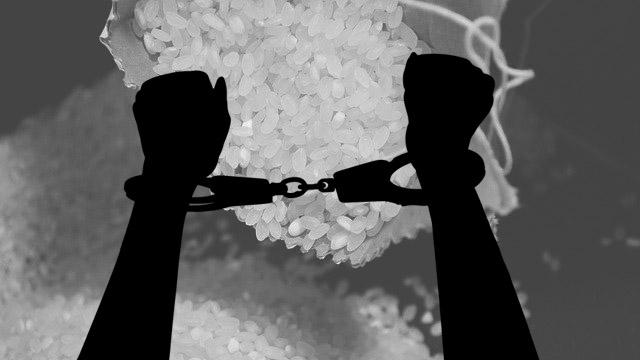 One of People’s Review’s regular contributors, Soumo Mondal, is now in Kolkata Police’s custody for investigating into a gross irregularity in distribution of food grains meant for the poor through the public distribution system (PDS) in Kolkata. A local ration shop owner in Ward no 98 of Kolkata Municipal Corporation, in nexus with a section of the ruling Trinamool Congress (TMC) leaders, falsely accused Mondal of instigating the slum dwellers of the area, and he was physically assaulted by the goons associated with the state’s ruling party.

On May 1st 2020, Mondal reached the slum areas under Ward no 98, under Netaji Nagar Police Station, to investigate the allegations of PDS scam, and found that the local ration dealer is duping the poor slum dwellers by not providing them with the free food grains they are supposed to get. Though Chief Minister Mamata Banerjee has announced populist largesse in terms of rationed food grains for the poor, the ration dealers and a section of unscrupulous TMC leaders aren’t letting the people avail the benefits.

Upon finding that the ration dealer isn’t distributing the food grains as per the government’s notification, Mondal started informing the local poor about their rights and the amount of food grain they are supposed to get. He also recorded the views of the people and their grievances for his story. This helped the people to understand their rights and they collectively pressurised the ration dealer, who, after vehemently denying any wrongdoings, promised to provide the due food grains to the people. A local TMC councillor, who claimed he was also getting complaints of irregularities in PDS, visited the shop and spoke to Mondal.

On Saturday, May 2nd 2020, the local slum dwellers called Mondal to visit them and inform more people about how much food grain they are supposed to get as per the government’s order. Upon reaching the slum at Ward no 98, Mondal started explaining to the people, maintaining social distancing norms, how much food grain they are entitled to as per the government’s directive and that the ration dealers can’t deny them the food grain allocated by the government. At this point in time, a gang of TMC-affiliated goons arrived to intimidate Mondal. When he refused to budge, they physically assaulted them, which created a ruckus as the local slum dwellers protested against the assault on a journalist.

As their protest grew louder, the TMC goons called the Kolkata Police, which detained Mondal and kept him in the Netaji Nagar Police Station. After some time, though the police released him under pressure from the human rights activists, however, on his way back, when he went to collect some papers from the slum dwellers for his story, he was again taken into custody. Mondal is still in police custody in the Netaji Nagar Police Station. At a time when the poor people are denied their right to food by an unholy nexus between the TMC’s lower-rung leadership and unscrupulous ration dealers, Banerjee’s government cracking the whip on citizen journalists like Mondal is not only unfortunate but reveals the priorities of the state government during the hour of an unprecedented humanitarian crisis caused by the lockdown.