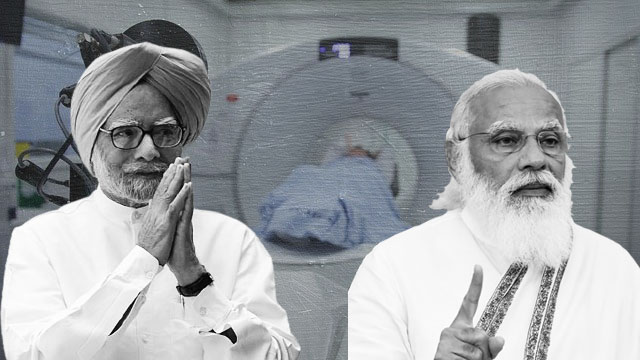 India’s neoliberal economic order’s 30 years is celebrated by the likes of former prime minister Manmohan Singh and Reliance Industries Ltd Chairman Mukesh Ambani. Singh hailed the ‘economic progress’ that made India a $3-trillion economy. Unlike loquacious Prime Minister Narendra Modi, Singh didn’t blabber about India becoming a $5-trillion economy by 2025. Rather, he lamented numerous deaths caused by the COVID-19 pandemic and the loss of employment for many. Ambani, ironically expressed his displeasure over the unequal distribution of wealth while enjoying a personal net worth of $80.1bn.

While their blabbering may amuse a few, the majority, ie, the poor, have no love for such empty phrase-mongering. The present economic crisis, for which COVID-19 is blamed, is actually a gift of the neoliberal economic order. Blaming the pandemic won’t obfuscate the fact that the Indian economy has been gasping since the 2008 US Subprime Crisis. While it’s true Modi aggravated the crisis manifold, Singh can’t escape the blame for the COVID-19 deaths either, as most deaths didn’t happen due to the virus, but due to the lack of adequate public healthcare facilities to treat the patients on time.

A critical analysis of facts will show how the neoliberal economic order has played the catalyst’s role in aggravating the COVID-19 crisis in India. The same holds for the world, as countries where the public and universal healthcare system is ruined, suffered the most.

It’s not that Indian healthcare was better before the economic liberalisation. Rather, until 1982-83, India didn’t even have a health policy. Despite health being a state subject, according to the Constitution of India, the Union government had controlled it through its control over resource allocation and funding.

The States were compelled to implement the Union’s policies on disease control and family planning, which would together account for two-thirds to three-fourths of the state budgets. The States were free to fix their curative care—hospitals, dispensaries, etc,—budgets using their resources. Therefore, the investments in curative care used to be low and the infrastructure growth stagnated. As per National Health Accounts, 2017, 66% of healthcare spending is done by the States. India ranks 179 among 189 countries when it comes to the prioritisation accorded to healthcare in government budgets, including the Union and the States’ budgets.

Despite this, in the post-reform era, the government’s allocation to healthcare as a percentage of the GDP has fallen to 1.28% in the financial year (FY) 2017-18 from 1.47% in the FY 1986-87. The neoliberal economic order freed the States from bearing the responsibility of providing a universal public healthcare system to the citizens and passed on the role to the market forces, ensuring that the healthcare system is turned into a commodity and those who can afford it can avail it.

Though it’s advocated that India spend more on public healthcare, the government’s health allocation never increased. The real expenditure vis-à-vis GDP has been quite low in terms of developing countries. The World Bank’s data shows that from 0.71% of the GDP’s expenditure in 2004, India’s real health expenditure increased marginally to 0.94% in 2011 and fell to 0.86% in 2014, during Singh’s exit. Under Modi, it marginally increased and reached 0.95% in 2018.

According to the National Crime Record Bureau’s data, 17.1% of suicides in 2019 were triggered due to illnesses, due to their financial inability to pay for their treatment. In the pre-COVID-19 years, nearly 7% of Indians used to fall below the poverty line each year due to indebtedness caused by healthcare expenses.

The rising healthcare costs are a gift of the neoliberal economic order pursued by Singh and Modi. There has been no respite for the poor. Modi launched, probably the largest health insurance scheme in the world, by renovating the national health insurance scheme that Singh’s regime also implemented. The new scheme promised a family floater cover of Rs 500,000 to 107m families consisting of nearly 500m people. However, it was predicted to be insufficient for a country like India where there has been no proper public healthcare infrastructure to treat patients. A Duke University research paper showed why Modi’s health insurance system couldn’t efficiently function.

Rather than increasing healthcare expenses—which, if increased to 3% of the GDP, can halve the out-of-pocket expenditure—the Modi regime and the States used health insurance as a tool to address the rising healthcare costs, which enriched the big corporates selling health insurance as well the private healthcare providers who started billing excessively even for mundane treatments. The COVID-19 pandemic exposed this health insurance scam of the neoliberal economic order, as it didn’t help when there were no hospital beds available for patients.

COVID-19 pandemic exposed the hollowness of the neoliberal economic order

With an acute shortage of beds, oxygen cylinders, medicines and even ambulances, India’s ailing public healthcare system revealed its grotesque face to the world. With an estimation of 3.4m to 4.7m deaths due to COVID-19 and the inability of the public healthcare system to provide treatment to the patients, the private hospitals started making money by capitalising on the people’s agony.

What caused most of the deaths isn’t the virus, but a lack of a strong public healthcare system. In 2019, before the onset of the COVID-19 pandemic, it was found that despite 28 years of the so-called economic liberalisation, India’s doctor to population ratio didn’t reach the World Health Organization (WHO) recommended threshold. While the WHO-recommended doctor to population ratio is 1:1000, ie, one doctor per thousand people, the Economic Survey 2019-20 showed India’s doctor to patient ratio is 1:1456.

The COVID-19 pandemic’s outbreak, especially its second wave that hit India between March and May 2021, brought painful visuals of patients dropping dead due to an acute shortage of oxygen, medicines, hospital beds and lack of attendance. With 8.5 hospital beds per 10,000 population and one doctor for 1,456 patients, India wasn’t ready for the COVID-19 pandemic. The lack of a planning mechanism to set priorities and balance between imports and exports aggravated the problem. Though Singh retained the Planning Commission as a baggage of the past, by building the National Institution for Transformation of India (NITI) Aayog, Modi gave up even the need for minimum planning.

While the neoliberal economy made India a hub of pharmaceuticals manufacturing, it didn’t make medicines accessible to Indians. According to Fitch, 68% of Indians have no access to medicines. This shows how the lack of planning turned the pharma sector from a strength to a weakness. The reckless vaccine export policy of the Modi regime to win laurels of fame globally hit back the country badly during the second wave. This also shows how the lack of planning affected people’s lives.

Throughout the COVID-19 second wave, the people with connections, networks, etc, managed to get hospital beds and oxygen cylinders, while thousands of poor waited in agony as they lacked access to such networks that upper-caste elites and middle-class are privy to. The lack of money to cremate the near and dear ones in Uttar Pradesh made people dump the corpses in the river Ganges, symbolising the catastrophe that the neoliberal economic order has brought.

Over the years, the neoliberal economic model allowed uncontrolled imports, especially from countries like China that have adopted mass production. As Modi closed the doors to Chinese imports under the US pressure and looked up towards the west, the Indian healthcare industry will suffer in the long run as the raw material supply chain from other, economic sources are not in place. The ‘Aatmanirbhar Bharat’ (self-reliant India) programme by Modi to promote Indian manufacturing lacks vision, and it will impact India’s self-reliance in terms of healthcare.

While at the beginning of the COVID-19 pandemic, India suffered due to a lack of medical equipment like PPE kits, ventilators, etc, in the second wave the lack of oxygen unleashed a genocide. Lack of planning made Modi take no notice of the need to build oxygen infrastructure when he got time. At the hour of the crisis, the government had to rush and arrange oxygen for New Delhi, while ignoring other states. A properly planned economy would’ve averted this crisis and tackled the oxygen crisis beforehand by allocating the required oxygen according to population, case probabilities and historic trends.

Before India’s independence, the ‘Health Survey and Development Committee Report’, popularly known as the ‘Bhore Committee Report’ was submitted to the government in 1946. This was a comprehensive report that suggested India implement a fully state-funded, universal healthcare system following the National Health Service model of the UK. Though the ‘Bhore Committee Report’ was the most appropriate one at that period and provided a realistic model of providing healthcare to all, especially the rural population, it was never implemented.

India needs a renewed version of the ‘Bhore Committee Report’ that can provide universal healthcare support to all, especially rural India where people lack basic healthcare due to consistent reduction in the government’s health allocation. However, the neoliberal economic order won’t allow the healthcare sector to adopt a universal character but continue to commodify it to ensure private corporations can profiteer. To break this logjam, the neoliberal economic order needs an ouster.