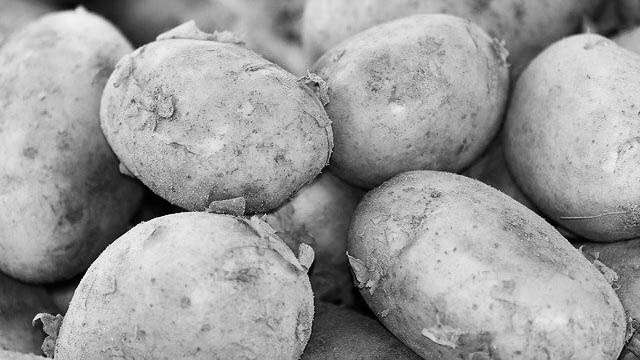 The sinking potato price is pushing already troubled farmers into a grim crisis. The central north Bengal districts—Jalpaiguri and Cooch Behar—are already deprived in many ways. Due to almost zero industrial development, the people of these districts largely depend on farming and migrating to other states for work. Paddy and potato are two main crops cultivated in the region.

While paddy isn’t profitable anymore due to low price in local markets and the Central Procurement Centres of the Government of West Bengal being inaccessible to most farmers due to lack of papers, the potato has been the only crop they can pin their hopes onto. Potato is the only profitable crop for the farmers and they invest their savings and even take loans from private microfinance companies at high interest rates to cultivate potato.

In 2020, potato gave a handsome profit to farmers of Jalpaiguri and Cooch Behar. This encouraged many more to invest in the crop in the current year. However, despite sowing a good amount of potato, a sense of despair, anxiety and helplessness is hovering over the farmers’ heads in 2021. The farmers are being forced to sell potatoes at Rs 40,000 to Rs 42,000 per truck (one truck carries almost 200 packets of 50 kg each). If roughly calculated, then the farmers are earning a meagre Rs 4.00 per kilo of potato in 2021.

This Rs 4.00 is their earning, amid a severe economic crisis when the farmers have already invested Rs 20,000 to Rs 25,000 per bigha for the cultivation of potato. Around 90 to 100 packets of 50 kg potatoes each can be cultivated in one bigha of land. This means by investing Rs 25,000, the farmers are yielding 5 tonnes of potatoes from one bigha land. This means they are suffering a loss of Rs 4,000 per bigha approximately at the present potato price in the market.

The early harvest from the “Pokhraj” variety, largely cultivated in the Teesta riverbed, didn’t provide good yielding. Usually, 200 packets are yielded from two bighas, but this year the same amount was yielded from 3-3.5 bighas. The lower price and low yields have jolted the farmers.

As the “Jyoti” variety is now coming to the markets, many farmers are looking at the crop to recover their input costs. Most of the “Jyoti” variety crops will be harvested in the next 15 to 30 days. If the potato price doesn’t rise and the West Bengal Government continues with its same indifference, then utmost despair is waiting for the potato farmers.

The big farmers who have invested their own money in potato cultivation can store their potatoes in cold storages and wait for the potato price to rise. The majority of farmers of north Bengal are small and marginal farmers, and many of them are sharecroppers. They cultivate potato by taking loans, with interest rates going as high as 25%, from the private microfinance companies. With such huge debts, they can’t avail the luxury of storing the potatoes in cold storages and wait for better prices.

At a time when the farmers of Haryana, Punjab, Rajasthan, Uttarakhand and Uttar Pradesh have upped the ante against Prime Minister Narendra Modi’s contentious farm reforms, demanding a legal guarantee of minimum support price (MSP) for all crops, it’s high time for the West Bengal farmers, especially, the small and marginal farmers and sharecroppers of northern districts, to demand a progressive and proactive MSP regime.

Only when the government will take an initiative to buy all crops from the farmers and strictly enforce buying of crops at MSP and above, the farmers can get a good price for their harvests and the consumers can get the foodstuffs at a regulated price. By diminishing the State’s role and by allowing feudal usurers to play a pivotal role in determining potato price and the price of other agri commodities, Chief Minister Mamata Bandopadhyay’s government is toeing the line of the Modi regime.

In an extremely polarised pre-poll atmosphere, where communal narratives are dictating political developments in northern parts of West Bengal, the woes of the farmers are being ignored by both the Central and the state governments. The farmers’ demand for better potato price is a dire one, and the political players of the region can’t afford to look away from them anymore.