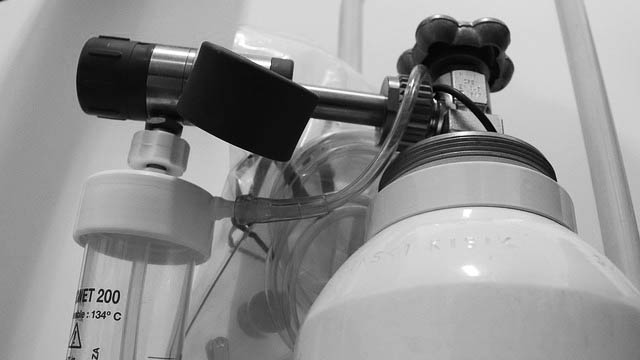 Since the so-called “second wave” of the COVID-19 pandemic has hit India, the shortage of vital medicines and oxygen has crippled the dilapidated public healthcare system. Even the private healthcare sector, which pro-reform apparatchiks eulogise as the ideal one, is also bewildered due to a shortage of oxygen and Remdesivir, along with other medicines.

The Indian public healthcare system has been paralysed for decades due to lack of funding and the advent of the neo-liberal economic order that shifted the onus on the market to provide healthcare rather than developing the public-funded universal healthcare system, limiting the government’s role only to providing insurance coverage. The COVID-19 crisis has exposed the hollowness and fragility of this system as it succumbed, despite having a year to prepare, due to the virus’s rage.

Amid this chaotic situation, Prime Minister Narendra Modi addressed the nation and assured that things are in control. He promoted vaccines rather than the “test, trace, treat” mechanism, due to an obnoxious agenda, and made the people responsible for their wellbeing.

During his televised speech, Modi also uttered that his government will work to deal with the shortage of oxygen and Remdesivir, but didn’t inform why, despite having a year, the public healthcare system wasn’t prepared to deal with the crisis.

Modi didn’t answer, quite obviously, where has the money donated to the PMCARES Fund—a privately-held trust of his—gone, if it wasn’t invested in ramping up medical oxygen supply and medicine production.

Modi’s Bharatiya Janata Party (BJP) leaders in Delhi, Gujarat and Maharashtra are accused of hoarding crucial medicines like Remdesivir when the second wave of COVID-19 has paralysed these states and there is an immense shortage of the medicine.

East Delhi’s member of the Parliament (MP) and former cricketer Gautam Gambhir tweeted that he will distribute Fabiflu free of cost from his office when it’s unavailable throughout the city. How did the MP manage to stock the medicine?

Gujarat BJP chief CR Paatil also claimed he has a stock of 5,000 vials of Remdesivir. In Maharashtra, Devendra Fadnavis, the BJP’s former chief minister, is accused of hoarding the medicine.

The Indian Express has explained how oxygen production and distribution in India has been suffering due to a complicated supply chain and lack of proper infrastructure.

Not only has the time taken by the manufacturer to send medical oxygen from their facility to a patient’s bed has increased from three to five days earlier to six to eight days at present, but the refilling cost of cylinders has also increased from Rs 100-150 per cylinder to Rs 500-2,000 due to the chaotic situation.

Apart from an acute shortage of oxygen and Remdesivir, jumbo cylinders, dura cylinders and cryogenic tankers are inadequate in numbers. Even if there is an increase in oxygen production for medical purposes, there will be no way to transport that efficiently to the patients as this part has been overlooked by the government.

The black-marketing of Remdesivir by creating an artificial shortage also raises questions about the roles played by the governments—Union and States—as well as by the private healthcare sector. While Maharashtra is hard-hit, national capital Delhi and Gujarat—the BJP’s ‘model state’—are also facing an acute shortage of oxygen and Remdesivir.

Behind this shortage of oxygen and Remdesivir as well as other important drugs and vaccines is another cause, which Modi’s servile press outlets didn’t raise at all. The Modi regime went on a medicine and vaccine export spree to meet the demands set by the US-based big pharma corporations and lobbies that use India as a cheap manufacturing alternative.

According to reports, Remdesivir is primarily manufactured by Ahmedabad-based Zydus Cadila. The company, along with other manufacturers like Cipla, Hetero, Dr Reddy’s, etc, was allowed to export 1.1m doses of Remdesivir to 100 countries under an agreement between the US-based Gilead Sciences and the Indian pharma companies. It’s only in March 2021, that the government banned its export.

India has an existing capacity to manufacture 3.88m units of Remdesivir per month. The government is still planning to increase its production when the medicine is not available in most hard-hit areas. There is no chance that the situation will improve. Moreover, expecting that the Remdesivir medicine helps in curing COVID-19, many have started panic-buying the medicine.

Dr Randeep Guleria of All-India Institute of Medical Sciences (AIIMS) Delhi claimed that none of the anti-viral drugs —Remdesivir, Fapiravir—and convalescent plasma had any established benefit in curing COVID-19. The Hindu quoted Dr Guleria warning against reckless self-medication or “cocktail” saying they can have adverse effects.

“Steroids, Tocilizumab, Remdesivir these are to be given, if need be, at the right time. Giving a cocktail of drugs (unsupervised) can be fatal. Remdesivir is useful in moderate illness and to treat a decrease in oxygen saturation but has a limited role. If given too early, dexamethasone (steroid) is harmful and Tocilizumab is only useful during a cytokine storm,” Dr Guleria said.

When none of these medicines has any proven efficacy against the COVID-19 pandemic then by not investing in medicinal research to find out effective treatment, which the UK is mooting despite having an ultra-right government, the Modi regime is obstinately promoting the vaccine route, which, except Sputnik V from Russia, has no proven efficacy beyond 80%, leaving many people vulnerable.

Now that the shortage of oxygen and Remdesivir has affected thousands of lives and, most importantly, started affecting the people with a voice—mainstream scribes, celebrities, politicians—demand for these will spike and many unscrupulous elements will profiteer from the crisis.

It’s not the COVID-19 virus that killed most of the victims but the government’s apathy. There is no indication that the Modi regime will pull up its sock now and act. If it doesn’t, then the democratic forces must build up massive movements over the shortage of oxygen and Remdesivir, as well as other medicines, to force the government to act responsibly.