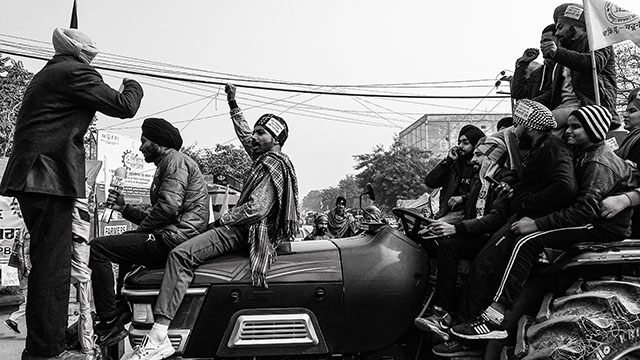 After 378 days of protesting at three of the capital New Delhi’s borders, the farmers have decided to suspend their movement and return to their villages on December 11th 2021, after Prime Minister Narendra Modi’s government gave a written assurance on all their pending demands, following the repealing of the three farm laws in the Parliament on November 29th. This victory of the farmers’ protest movement is the single biggest victory of a people’s movement against a sclerotic regime in a long time, not just in India but also globally.

When the farmers, thousands upon thousands, reached the capital city’s doors, braving police atrocities and violence, on November 26th 2020, many “experts” opined that the movement will not last long, given the harsh winter in Delhi and the compulsion of the farmers to return to their villages and cultivate their lands. Many even said that Modi will remain obstinate and will wear out the farmers’ patience, which will eventually frustrate the latter and compel them to withdraw their movement.

Unsurprisingly, these are the “intellectuals” who had never seen farmers and had no idea about their resilience. As the victory of the farmers’ protest movement is celebrated by millions, while the farmers rally back to their villages in Haryana, Punjab, western Uttar Pradesh, these “intellectuals” have been either searching for safe cover for themselves or are pretending to be nonchalant. The farmers’ refusal to accommodate the brethren of such “intellectuals” in their ranks irked the latter but then, they have been helpless as they are reduced to mere appendages, expendables by the farmers.

Though both Modi and the Opposition realised the electoral power of the farmers and the impact of the ripple effect that each incident at these three borders of Delhi—Ghazipur, Singhu and Tikri—can create, they couldn’t hijack the movement’s leadership. While the farmers allowed political parties of the Opposition to show their solidarity, they didn’t allow their leadership to take the control of the movement into their hands. This ensured the victory of the farmers’ protest movement without taking it towards capitulation.

What are the factors that contributed to the victory of the farmers’ protest movement?

The major factors that contributed to the victory of the farmers’ protest movement are:

What is the significance of the farmers’ victory?

The farmers’ movement against Modi’s pro-corporate farm laws became the second such movement since 2014—after the farmers’ movement against the BJP’s infamous land acquisition legislation in 2015—that crushed Modi’s arrogance and hubris. It won’t be an overestimation if one claims that India didn’t experience anything this remarkable after this historic mass upsurge against Indira Gandhi’s tyrannical rule during the national emergency period between 1975 and 1977.

Though the Opposition, especially the Congress party, the left forces like the CPI, CPI(M), the CPI(M-L) Liberation, etc, have participated in nationwide movements against Modi’s fascist rule, especially against the land acquisition legislation, privatisation of public sector units (PSUs) and inflation, including fuel price rise, there has been no organised movement that could sustain itself or force the government to retreat from its offensive against the poor.

Rather than leading vessels of change or forcing the government to pay heed to the people’s demands, the movements so far initiated by the Opposition, especially the parliamentary left, have been cosmetic in characteristics and, therefore, they failed to deliver results. Sheer opportunism in the ranks of the Opposition and their tactical support to Modi’s fascist policies, communal Hindutva fascism and Brahminical feudal hegemony, as per their convenience, helped the Modi regime to run a tyrannical regime without facing any substantial challenge for long.

It’s the farmers’ movement that managed to unhorse the emperor. The north Indian farmers, who have been stereotyped and ridiculed by New Delhi’s political elites and the mainstream press for a long time for their alleged parochial characteristics, have also clubbed the demands of the working class and the civil society—the repealing of the labour codes, stalling the privatisation agenda and unconditional release of all activists, journalists, academicians, etc, jailed by the Modi regime—along with their core demands. Their movement became a source of oxygen for all those opponents of the BJP and the Modi regime, who had earlier lost hope.

Now, as the farmers’ caravans head towards their respective villages in Haryana, Punjab and west Uttar Pradesh, they leave a vestige of inspiration, which will motivate other forces to follow suit. What one must learn from the victory of the farmers’ protest movement is that the combination of unity, discipline, perseverance and focus on the goal can always help in winning remarkable victories. For those who want to bring a transformation in the Indian society and establish a people-centric democratic set-up in the country by defeating the present dispensation, the farmers’ movement shall remain as a roadmap.