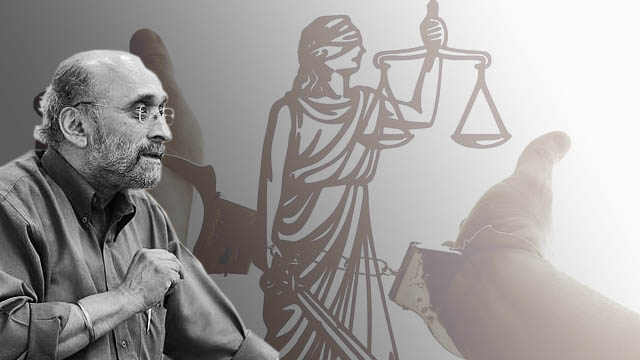 Recently, a Gujarat court issued an arrest warrant against prominent journalist Paranjoy Guha Thakurta, the former editor of Economic & Political Weekly, in a defamation suit filed by comprador capitalist Gautam Adani’s conglomerate for two articles published in 2017 on how the group, which funds Prime Minister Narendra Modi’s Bharatiya Janata Party (BJP), allegedly dodged taxes. Guha Thakurta’s articles on Adani exposed a nefarious nexus between the BJP’s government and the conglomerate. The defamation suit is a weapon used by Adani and big corporates to gag the free press and demand its obeisance.

While the first article by Guha Thakurta against Adani, “Did the Adani Group Evade Rs 1,000 Crore in Taxes?”, co-authored by Advait Rao Palepu and Shinzani Jain, was published in January 2017, the second one, “Modi Government’s Rs 500-Crore Bonanza to the Adani Group”, co-authored by Advait Rao Palepu, Shinzani Jain and Abir Dasgupta was published in June 2017. These articles were first published by the Economic & Political Weekly but were later taken off, after due pressure was exerted by the conglomerate, and were republished in The Wire, an independent news portal.

Guha Thakurta’s articles on Adani Group’s alleged malpractices have been gems of contemporary investigative journalism and irked the conglomerate, which, with the help of the BJP and the Modi regime, has been keen to ensure immunity from press criticism. Adani’s lawyers filed two cases against the publishers and the authors in Gujarat, one among them being a criminal defamation case in Mundra and another a civil defamation case in Bhuj. However, soon in 2018, the civil defamation suit was turned down by the Bhuj court, asking The Wire to do minor changes in it.

In 2019, soon after BJP swept the Lok Sabha elections, the defamation cases against the publishers and other authors were withdrawn, except for Guha Thakurta. It’s alleged that the cases against him weren’t withdrawn as Guha Thakurta’s articles on Adani Group’s alleged malpractices didn’t cease. In new articles, published by the website Newsclick, he unapologetically kept exposing alleged misdeeds of the conglomerate, which caused severe ignominy for Adani, who has experienced immense aggrandizement under Modi’s sclerotic regime.

At a time when the farmers of Haryana, Punjab, Rajasthan and Uttar Pradesh, along with those from Kerala, Maharashtra, Odisha, Tamil Nadu, Uttarakhand, West Bengal, etc, are vehemently opposing Modi’s three new farm reform laws, accusing Adani and Reliance Industry Limited’s owner Mukesh Ambani as beneficiaries of these laws, this arrest warrant against Guha Thakurta shows the danger posed by corporate hegemony on public life. While the farmers have been calling upon the people to boycott Adani and Ambani for their aggression on the farm sector and the Modi regime is obstinate in providing benefits to these capitalists, even at the cost of fuelling large-scale farmers’ unrest in the country, this recent arrest warrant against Thakurta is seen as a pressure tactic to intimidate journalists writing on the group’s influence in the agriculture sector as well as the farmers.

Even though a lot of controversies were created when Guha Thakurta’s articles on Adani were published and the Group went berserk against the authors and the publishers, which caused The Economic & Political Weekly to force him to resign, the recent arrest warrant brings up the dilapidated state of press freedom in India. Even the Editors Guild of India has urged the Adani Group to drop the case against Thakurta, to save India of the ignominy. But there is no response from the Group, which itself is in a quagmire of a crisis caused by the farmers’ protest in India and the protest by Australians against its big mining project in Queensland.

It’s not ironical that none of the courts in India will be entertaining a plea against the rabble-rouser Arnab Goswami, whose recently-leaked WhatsApp chats show how privy he was to information that is sensitive and classified in nature, including the plan to conduct a “surgical strike” in Balakote, Pakistan. The revelation that India’s big media houses are keen to run Hindutva fascist propaganda for money through a sting operation by Cobra Post, didn’t make anyone approach the courts against such hate-mongering conspiracies.

But Guha Thakurta’s articles on Adani call for legal action, as he, and journalists like him, stirred up a hornet’s nest, causing immense trouble for the corporate-government nexus. The BJP, which is nipping the bud of all dissenting views, is strongly backing the Adani Group, evident from its mulish determination to back the controversial farm laws and also to vilify any journalist or organisation that harm the interests of its fundraisers.

The question is, can India, which is rising from slumber, thanks to the farmers’ agitation and the working class’s movements, remain a mute spectator of this corporate oligarchy fiefdom that gags voices of dissent? Or will it up the ante against comprador capitalists, feudal landlords and their foreign corporate masters to realise their long-due freedom and democracy? Only time will tell whether this “New India”, which is exhibiting its prowess through the farmers’ movement against Modi’s “new India”—belonging to the Adanis and Ambanis—and the BJP, will fight back such corporate-fascist rule. If it doesn’t, then gems like Guha Thakurta’s articles on Adani will be lost in the transition of history, forever.