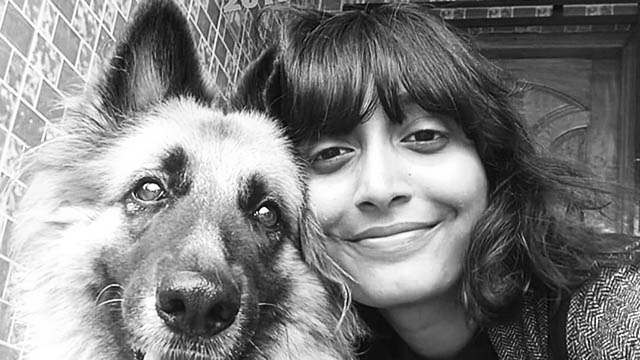 The arrest of Disha Ravi, a 21-year-old climate activist from Bengaluru, has consumed national media, social media platforms and political discourse since she was arrested on February 13th 2021. Her crime is editing and sharing a social media “toolkit” in support of the farmers’ protests in India.

The Government of India and the ruling Bharatiya Janata Party’s (BJP) troll army have been propagating that Disha Ravi is a part of an international conspiracy against India. If the name wasn’t Disha Ravi (Hindu) but Ishrat (Muslim) the mere allegation would have sufficed for the troll army to make the gullible Hindutva-incensed middle-class believe in such conspiracy theories.

But in this case, to smear and destroy Disha Ravi, the BJP and its troll army had to belabour a new identity. And, they found it without any difficulty! They just had to add “Joseph”, one of the most familiar names in the world, and use it as a weapon of “religious profiling and misinformation”. The sheer genius of this idea worked so handsomely that within hours of her arrest a flood of tweets with the hashtag “DishaRaviJoseph” was top-trending on Twitter.

For a casual observer who is not part of Hindutva poison, it may be difficult to see the insult involved in adding “Joseph” to malign Disha Ravi. There lies the shocking aspect of this smear campaign. If a person can be smeared “anti-national” and seditious by adding her a name and religious affiliation (Christian or Muslim) that is not Hindu, then one can gauge the level of depravity that India has sunk during Prime Minister Narendra Modi’s Hindutva fascist rule.

Behind this depravity lies a clear assumption that anyone carrying a Christian or Muslim name is not only not a citizen but, necessarily, either a terrorist or a part of “international conspiracy”. Here, one is not identified and marked for elimination for the crimes they may have committed, but they are identified and marked for their elimination merely for bearing an identity that they had no power to choose. This kind of thinking is a manifestation of actual fascism that prevails in India today with its unstated conclusion being a rabbit hole named “ethnic cleansing” or “genocide” where Modi’s India is fast hurtling towards.

If not Modi Bhakt then anti-national

This is how the Hindutva fascist hoards view those who are not Modi Bhakts (supporters) or those whose names sound un-Hindu. If anyone with a Christian or Muslim sounding name dares to write so much as a comment on social media spaces colonised mostly by these Hindutva hoards, then all hell breaks out.

My own experience with a “Christian name” (though I am an Atheist) draws a “rice bag” smear to begin with and with Italian, Roman, Vatican and what not conspiracy theories which my poor ancestors who escaped Portuguese persecution in Goa during the 15th century may not have dreamed of. Despite being of Indian Christian heritage for five centuries, my kinds will have to put up with the historical sins of the European (colonialist) missionaries and Spanish and Portuguese inquisitionists. This is no different for Muslims.

For Muslims, it is even worse, because 200m Muslims in India stand like a dam that Hindutva fascism is trying to collapse but continually fail because of the sheer Muslim numbers and their great ability to withstand Hindutva depravity. This frustrates Hindutva fascist masculinity.

As for Christians and Sikhs, being of smaller numbers, they survive under the protection of the Muslim dam, only to be identified from time to time as “anti-national” or “Khalistani” separatists. But the process of identifying, isolating and eliminating those who do not belong to the Hindu Rashtra is relentless.

No one can rest in peace because none can predict when the perpetually hanging Damocles’ sword of Hindutva blood lust will fall on them and their community. All it needs is some government failure or blunder that threatens to affect Modi’s image, an electoral loss for the BJP, or border incursions that this government is unable to deal with.

In such times of Hindutva anxiety, India is well trained to expect how things should pan out in Modi’s “new India”. The entire Hindutva fascist army gets ready for a war of attrition. Often, this is done merely to divert the nation’s attention for a day’s news cycle from the main issue that sheds light on Modi’s evil designs against the nation or something that would sully his image.

So, a scapegoat needs to be found. Once a scapegoat, that can be milked sufficiently, is identified, then the troll army (beginning with government ministers, talk show TV hosts from godi or lapdog media, BJP spokespersons and neutral sounding Sanghi moles and the Rs 2/tweet jobless youth) is unleashed by the omnipotent BJP IT Cell on social media, to isolate the victim by adding new nomenclatures.

Once isolated from the main body of the Modi-supporting Hindutva fold, then begins the process of elimination or destruction. If the scapegoat is Hindu, then the destruction may restrict itself to mainstream media or social media smear campaign. But, if the scapegoat is a Muslim, Christian, Dalit, Sikh or any other already identified and isolated group, which does not deserve a place in Modi’s planned Hindu Rashtra, a theocratic dictatorship led by upper-caste elites and corporates, then the elimination process even moves on towards their physical destruction.

In this hunt and elimination, the politics, the police and even the justice system revels in and enjoys a moment of masculine pride that managed to avenge the Muslim invaders and Christian proselytisers, the “Khalistanis” and/or the offspring of “Ravan” or BR Ambedkar (Dalits). So, for the victim, as the attack is multidirectional, the response also needs to be multidimensional.

Just as the protesting farmers had to fight against the government’s smear campaign, so must every one who is associated with it. Now this double-edged sword is being used against a 21-year-old Disha Ravi. This is the fate of every citizen, organisation, and community in India who disagrees with the government today.

Whenever they disagree with the right-wing authoritarian Hindutva government of Modi, one is not only targeted through the state machinery but also a vicious and lethal smear campaign using the toady media and the BJP’s social media troll army. This is the pattern, and Disha Ravi’s fate is no different. But, in her case, the language and ‘derogatory’ identities she has been imputed with are new and they speak volumes about the state of the minority communities of India under Modi.

The hatred against the Christians

The curious case of Disha Ravi who is being attributed a Christian name “Joseph” exhibits many dangerous assumptions of Hindutva ideology about how Christians are identified and isolated for elimination is fast becoming national common sense. Here are some examples from a website where Hindutva promoted homophobia and stereotyping is on full display.

Here are tweets that attempt to tarnish Disha Ravi’s image who they think belongs to the Christian community:

So these tweets want to propagate that:

In the Hindutva scheme of things, if one is not a Hindu, then they support Rahul Gandhi (Congress party) who is equated with Christians and part of a foreign conspiracy against India. Even before the Congress party and ordinary Indians realised this smear campaign, before and during the 2014 general elections, the Hindutva propaganda machinery had managed to drill into the gullible Hindu minds that Gandhi is Christian and therefore necessarily does not belong.

Also, as a Christian, he is unworthy to be the Indian prime minister. The tarnishing of Gandhi as Christian is so hard that the Congress party has not been able to rehabilitate Rahul as a legitimate prime ministerial candidate in India. This was a deliberate strategy, and, so far, it has worked to Modi’s advantage. The Hindutva smear strategy is so effective that today anyone, who is progressive, liberal, secular, and left-oriented, who is associated with Gandhi, is perceived as an abnormal person as if that is an abomination.

This has been working. That is why the Hindutva troll machine and the BJP are never tired of targeting Gandhi. This only shows how onerous a fight it is to defend Indian democracy, secularism, pluralism, and multiculturalism which is so vital for India’s minorities.

Hence, for the Hindu Rashtra both: the political party that represents multiculturalism and those who are its natural allies: Minorities, liberals, Dalits, women, progressives, are traitors.

The fourth assumption of the Hindutva view of India is that if one is a Christian, then he/she is necessarily a proselytiser, a foreigner and, hence, someone that seeks to destroy India.

Such is the venom spewed against a young, idealist woman who is Lingayat by heritage and, yet just because, true to Indian ethos, she associates with people of all faiths, races, nations, and cultural backgrounds, to promote climate justice in India. She is targeted as a traitor aligned with foreign powers to destroy India.

Disha Ravi’s very identity as a woman (a single mother, a divorcee) with an opinion is an affront to the anxious Hindutva masculinity. Her very association with people that don’t fit with Hindu Rashtra’s ideal citizenship (Christians in this case) is construed as “anti-national” and hence seditious behaviour. But, for those gullible souls who still believe that India is a democracy and have not perceived the enveloping stranglehold of Hindu fascism, the Hindutva troll army’s fowl and venomous language appears as merely an argument.

India, under Modi, is racing towards becoming a full-fledged “Hindu Rashtra”. In this purported state, those whose Punya Bhoomi (sacred land) is outside India (Islam and Christianity) are aliens, not welcomed to live as equals in the “country”.

According to Hindutva ideology, India belongs only to those who consider India their Pitr Bhoomi (fatherland) and not even their Matr Bhoomi (motherland) (“Hindutva: Who is a Hindu”, VD Savarkar, 1969). Today’s Hindutva troll army is confirming in practice and belief what Savarkar and MS Golwalkar propagated in their Hindutva vision of India (“Bunch of Thoughts”, MS Golwalkar, 1996). There are many among Indian Muslims and Christians who still support the BJP. How much they know of the sinister thinking Hindutva entertains about them is a moot point. But, given the kind of inherent prejudice and hatred Hindutva harbours against Indian minorities, explained when they made Disha Ravi a Christian, one would not be faulted if one thought of these people as gullible as the preys singing praises of the hunter.