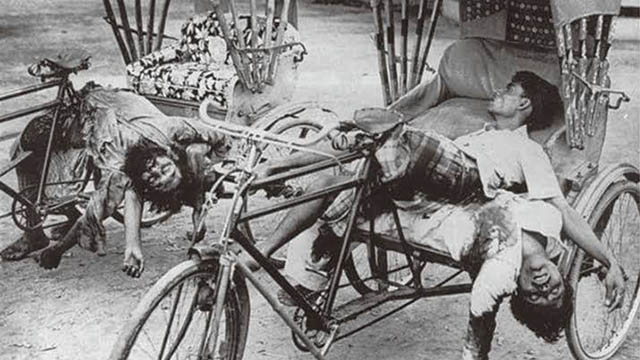 Most Indians came to know about the National Register of Indian Citizens (NRIC or NRC) in mid-2018 when the final draft of the Assam NRC was publicised, excluding millions of people, mostly Bengali-speaking. With the NRC, came the concept of “cut-off date” for Indian citizenship, which, according to the Assam Accord, 1985, is March 24th 1971 for Assam. What was the basis of this date to demarcate between refugees who will be allowed to stay in Assam and those who won’t be? The factor was “Operation Searchlight”, which the Pakistani Army started in present-day Bangladesh on March 25th 1971. It is the 50th year of one of the goriest atrocities on the Bengali-speaking people.

Perturbed by the growing demand for an independent homeland for Bengalis, which the leftwing East Pakistan Communist Party (Marxist-Leninist) was raising and organising a peasants’ guerrilla war against the feudal landlords and pro-Pakistan ruling clique, the Pakistani generals under Yahya Khan, were contemplating a way to crush the people’s resistance movement since a long time. The victory of the pro-Moscow Awami League, which was hand-in-glove with India and the Soviet Union, in the December 1970 elections rang an eerie alarm in the Pakistani establishment, as despite promising to stay within the dominion of Pakistan at that time, League leader Sheikh Mujibur Rahman, a former champion for the Pakistan cause, was pressing Islamabad for more autonomy and share of resources.

In this scenario, the Dhaka University and other centres of learning became epicentres of resistance movement as both communists and the Awami League sourced their intellectuals for agitprop from these campuses. The poor people, the working class and the peasantry were allies of the left forces seeking secession from Pakistan, a demand that the Awami League later appropriated to keep the democratic and progressive forces at bay from seizing power from the Pakistanis. The “Operation Searchlight”, which was a brainchild of Yahya Khan, took place from midnight of March 25th 1971 at Dhaka and other places, with a principal motive of killing intellectuals, the youth and Bengali-speaking non-Muslims to establish a reign of terror so that the Bengali nationalist aspiration capitulates before the Pakistani might.

Death squads of the Pakistani Army killed an estimated 35,000 in Dhaka alone that night. Indiscriminately people were shot at, slums were burned down, students were massacred in batches, many were forced to dig mass graves and then shot when they finished. Professors, teachers, trade unionists, students, young men and women, were all shot and killed that night. Even children and women were not spared. Many women, especially Dhaka University students, were abducted by the Pakistani Army and were gang-raped and killed. This genocide was watched over by Zulfiqar Ali Bhutto, the heartthrob of Pakistani liberals, from his luxurious suite’s balcony in Hotel Intercontinental. He praised the Pakistani Army’s genocide the next day saying “Thanks to God that Pakistan could have been saved”.

This genocide by Pakistan, which even destroyed the independent media houses of erstwhile East Pakistan that supported Bengali nationhood’s demand, terrorised millions of Bengali-speaking Hindus, Buddhists and Christians, who found themselves vulnerable before the bloodthirsty packs of the Pakistani Army looking for preys. The Bengali-speaking ostracised Dalit sects like Matuas and Namo people felt more vulnerable than others and flocked to India through the borders of Assam, Meghalaya, Tripura and West Bengal. While Assam experienced a massive refugee influx in 1947 and between 1964 and 1969 after the “Operation Searchlight” it experienced a massive surge in such refugees.

The Assamese chauvinists opposed the entry of refugees to lower Assam, which were parts of undivided Bengal included in the state by the British colonial rulers to increase revenue, and blamed the Bengali-speaking refugees for altering the state’s demography. This large number of refugees coming after the “Operation Searchlight” caused upheaval in Assam, Meghalaya and Tripura, as the antagonism between the indigenous people and the refugees intensified. The Assam Movement, which started in the late 1970s and went till 1985, resulting in the Assam Accord, 1985, between the Congress party-led government of former prime minister Rajiv Gandhi and the Assamese represented by the All-Assam Students Union (AASU) and All-Assam Gana Sangram Parishad.

According to the Assam Accord, 1985, which is only applicable in the state of Assam, the base date for detection of foreigners is January 1st 1966. It stated that all persons who came to Assam before this date and whose names were there in the 1967 electoral register shall be regularised. While those who came to Assam between January 1st 1966 (inclusive) up to March 24th 1971, shall be detected as foreigners according to the Foreigners Act, 1946 and Foreigners (Tribunals) Order, 1964. Their names shall be deleted from the electoral rolls and they should register themselves before Registration Officers of the respective districts following the Registration of Foreigners Act, 1939 and the Registration of Foreigners Rules, 1939.

After ten years, those whose names were deleted will be restored to the electoral rolls and they can live like normal Indian citizens in the state of Assam. However, those who arrived in Assam after the “Operation Searchlight”, ie, from March 25th 1971 onwards, shall be treated as foreigners and must be detected, deleted and expelled according to the provisions of the law. The Assam Accord, 1985, had no provisions of an NRC or detention centres for foreigners. The concept of determining an “Indian citizen” wasn’t there in the Assam Accord, 1985, but was later included.

But the question is why the Indian ruling classes didn’t object to the exclusion of the victims of partition who came to Assam following the “Operation Searchlight” by the Pakistani Army on March 25th 1971? The sole reason for this indifference towards the fresh lease of refugees, who came to India after March 25th 1971, is the Brahminical bigotry of the Indian state. The majority of those who came to Assam following the “Operation Searchlight” were poor people, mostly from the lower castes of the Bengali Hindu society as well as Matuas, Namasudras, etc. Their caste-class identity differed a lot from those who came following the partition in 1947.

This is the reason that the Indian ruling clique has denied them citizenship or even basic human dignity for years. The Bengali-speaking Muslims became victims of bigotry and chauvinism as well. The Bengali-speaking Muslims, living since the 19th century in Assam, suffered macabre atrocities, like the ghastly Nellie Massacre of February 1983, when nearly 5,000 Muslim men, women and children were butchered by tribal hoodlums incensed with Hindutva fascist propaganda of Atal Bihari Vajpayee, the founder of Prime Minister Narendra Modi’s Bharatiya Janata Party (BJP).

It was this bigotry that provided the Indian ruling classes with an opportunity to turn the refugees into a stateless cheap labour pool. The NRC was provisioned by the Vajpayee-led BJP government in December 2003 under the Citizenship (Amendment) Act, 2003 (CAA 2003). Unlike the Assam NRC, the NRC provisioned in the CAA 2003 applies to all over India and, as per Article 6B (i) of the Indian Constitution, considers anyone who migrated from the present territories of Bangladesh and Pakistan after July 19th 1948 as “illegal migrant” if they haven’t registered for citizenship upon their arrival. Now, when this CAA 2003 was scrutinised by the Parliamentary Standing Committee on Home Affairs, the demand for the refugees’ citizenship was refused blatantly.

The Committee, headed by late Congress leader-turned-president Pranab Mukherjee, in the 6th point of the 107th report on the Citizenship (Amendment) Bill, 2003, clearly mentioned that the government can’t provide citizenship to those refugees who came after the “Operation Searchlight” as it can only request the neighbouring countries’ governments to create a conducive environment for the return of the refugees. But till then, which will be literally until eternity, the refugees, those fleeing the aftermath of the “Operation Searchlight”, will be subject to extreme agony and pain.

Even the Citizenship (Amendment) Act, 2019 (CAA 2019), which Modi’s BJP government passed in the Parliament in December 2019 using its brute majority to purportedly provide citizenship to “victims of religious persecution” from six non-Muslim communities, carefully excluded the majority of refugees from modern Bangladesh from its ambit. The CAA 2019, which is portrayed as an anti-Muslim law by Modi’s media machinery to help the BJP polarise Hindus spreading Islamophobia and keep them away from anti-NRC movements, only allows 33,313 people, who have been exempted under the 2015 and 2016 amendments to the Foreigners Rules, 1948, and the Passport (Entry into India) Rules, 1950, to apply for citizenships and to remain free from the “illegal migrant” tag.

None, except those who are exempted under the aforementioned amendments—those who have got Long Term Visas (LTVs) by registering at the Foreigners Regional Registration Offices—can even apply for Indian citizenship under the CAA 2019. This is a reason that despite fooling the Matuas and other victims of partition by dangling the CAA 2019 as bait, the BJP didn’t publicise its Rules, even after 15 months of its enactment. Despite claiming otherwise, the CAA 2019 carries no provision for relief for the victims of partition, especially those who fled during the aftermath of the “Operation Searchlight”.

Not only the “Operation Searchlight” and the following genocidal atrocities by the Pakistani Army in erstwhile East Pakistan exhibited the “hollowness” of the “two-nation theory” that claimed religion can be the binding factor of a “nation”, which the Hindutva fascist ideologue VD Savarkar first formulated, it also exhibited the extreme casteist prejudices of the Indian state regarding the question of citizenship for the victims of partition. It’s wrong to expect Assam to house all refugees, but it’s also wrong to strip them of their rights and push them to become stateless due to the Indian ruling class’s Brahminical chauvinism.

While present-day Bangladesh remembers the “Operation Searchlight” and its culprits, and the people continue to demand justice, it’s also imperative to ensure that the victims and vulnerable people who fled to India following the genocide get their due rights and citizenship of the country. For this reason, the demand for unconditional citizenship to people is imperative and it’s also one of the principal demands around which the people can be rallied to defeat the fascist juggernaut unleashed by the Hindutva fascist Modi regime.