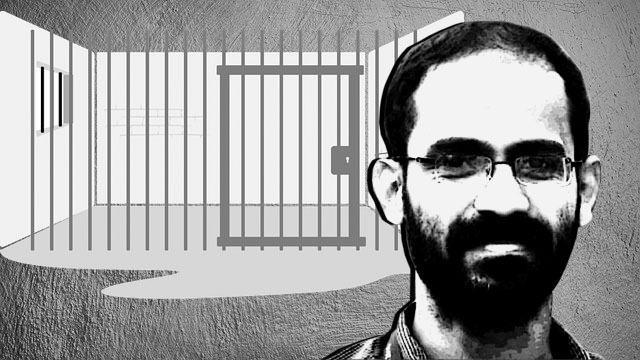 Under Uttar Pradesh Chief Minister Yogi Adityanath, the state government and all its arms are functioning as the ruling Bharatiya Janata Party’s (BJP) appendages. The Uttar Pradesh Special Task Force’s (STF) 5,000-page chargesheet against Delhi-based Malayali journalist Siddique Kappan, arrested on October 5th 2020 and booked under the draconian Unlawful Activities (Prevention) Act (UAPA) for attempting to report the Hathras gangrape case, is the perfect example of this. The STF chargesheet against Siddique Kappan smells Islamophobic and looks like propaganda literature of the BJP.

The STF chargesheet against Siddique Kappan reportedly accused him of writing for “only Muslims” and “inciting the Muslims” by portraying the community, which has been at the receiving end of state-sponsored violence under the BJP’s rule, as a “victim”. The STF reportedly translated and highlighted 36 portions of his articles accusing him of being communal. With this, the STF also accused him of being sympathetic to “Maoists and communists”. These allegations show how India, especially Uttar Pradesh, has turned dystopian and McCarthyist under the BJP.

Kappan, a full-time reporter with the Malayalam news portal Azhimukham, was arrested on his way to cover the Hathras gangrape and murder case, where the body of the teenage Dalit victim was burned at night by the police, allegedly to save the accused who belong to the upper-caste Thakur community. Along with him, the police arrested Atiqur Rahman, Masud Ahmad and their driver Alam. The police alleged that the accused were carrying 1,717 pamphlets that detailed how to instigate caste-based violence.

The police accused them of being activists of the Popular Front of India (PFI), which is a radical Islamist outfit affiliated with the Kerala-based Social-Democratic Party of India (SDPI). Though the PFI isn’t a proscribed organisation, an Islamophobic case was made against the arrested people to distract the mass attention from the Hathras incident. Later, the police accused Kappan of having ties with the banned Students Islamic Movement of India (SIMI), which made a Mathura court deny him bail.

Apart from UAPA sections, Kappan is also booked under several sections of the Indian Penal Code (IPC) and the Information Technology Act (IT Act). The police alleged that Kappan was “posing” as a journalist of Thejas, which was a Malayalam daily defunct since 2018 when he was arrested. The police claimed this was an attempt to use a journalist’s credentials to sneak into Hathras and spread trouble. Kappan criticised the charges against him and claimed that the police falsely implicated him in the case.

Despite the national and international uproar over Kappan’s arrest, the BJP-led government didn’t budge. When he was shifted to judicial custody in April 2021, Kappan was chained to his bed and even when Kappan suffered from COVID-19, he wasn’t provided treatment, which forced his family to approach the Supreme Court. Though the apex court directed the Uttar Pradesh government to move Kappan to the All-India Institute of Medical Sciences in New Delhi, he was swiftly taken back to Mathura within a few days. Kappan lost his 90-year-old mother during his incarceration.

Kappan’s inhumane imprisonment is in stark contrast to Prime Minister Narendra Modi’s toady television anchor Arnab Goswami’s arrest and detention. Goswami was arrested for abetting suicide, but within a few days, he managed to secure bail from the Supreme Court. This shows how the Indian state machinery has been driven by Islamophobia and bigotry.

While the Uttar Pradesh STF accused Kappan of being communal for only talking about Muslims and their plights in his writings, can the same logic be used against the Uttar Pradesh Police for arresting and persecuting, including custodial murders, of Muslim youths in galore?

According to a 2020 report by The Economic Times, 45 out of 125 people, or 37%, killed in more than 6,476 encounters from 2017 to 2020, were Muslims. This means, while Muslims constitute 19% of Uttar Pradesh’s population, their proportion nearly doubles when it comes to the police’s extrajudicial killings.

Can one call the Yogi regime and its servile police, which has been Islamophobic since time immemorial under the government’s patronage, communal for killing Muslims in such large numbers? How can Yogi’s accomplice, who called upon Hindu young men to dig out corpses of Muslim women and rape them, remain out of the prison then?

Moreover, the Uttar Pradesh STF chargesheet against Siddique Kappan alleged he covered the police violence against the citizenship act protesters and the Delhi anti-Muslim pogrom, which the chargesheet called “riot”, from a Muslim perspective to portray the Muslims as victims.

If this means that there were also Hindu victims of the citizenship rights protests in December 2019, then why doesn’t the STF cite them? How will the STF justify Yogi’s police unleashing violence, including sexual violence, on Muslim juveniles in December 2019? How is the Delhi anti-Muslim pogrom a riot, when out of officially recovered 53 dead bodies, 40 belong to the Muslims?

Apart from these allegations, the STF chargesheet against Siddique Kappan is full of loopholes. “A crowd had gathered because entry to the village had been barred due to the presence of SIT. There were some people who were trying to incite the crowd into acting against the Thakurs. Two people in the crowd were making speeches and distributing money. I identify them as Atiqur Rahman and Siddique Kappan as they had told me their names,” the police quoted a neighbourhood village resident. However, this goes against the police’s main story.

Also, if the pamphlets state how to cause “caste-based” violence, then why there were 1,717 pieces of them? Why would someone publish a pamphlet that will give a blueprint of how to trigger violence and then distribute it to the public? Rather, wouldn’t someone publish content to instigate an agitation instead?

The police also alleged that Kappan and others were members of several WhatsApp groups. Which law prohibits an Indian citizen from becoming a member of WhatsApp groups? Who “ordered” Kappan and others to create a law and order issue? If there was an “order” then what had the police done in one year to trace and prosecute those who ordered Kappan to create a law and order issue in Hathras?

Another problematic dimension of the STF chargesheet against Siddique Kappan is portraying the arrested journalist, accused of being a PFI activist, as sympathetic to “Maoists and communists”. It’s understood that by “Maoists”, the STF meant the banned Communist Party of India (Maoist) but it has not categorically stated who are the “communists” whom the government considers so problematic that having sympathies towards them could warrant arrest and slapping of the UAPA.

Can the PFI, a staunch, right-wing, anti-communist organisation that works on constitutional lines, be sympathetic towards communists? Along with the Dalit identity movement, the Islamist movement also tags the entire spectrum of left movement as Brahminical by citing the examples of the parliamentary left parties. How can Kappan be a PFI activist and sympathetic to “Maoists”—who call for overthrowing the system that the PFI and other political parties, including the BJP, are a part of—and the “communists” at the same time?

Though the entire STF chargesheet against Siddique Kappan is quintessential Uttar Pradesh Hindutva propaganda, the biggest problem in it is the police judging a journalist’s work. The police can’t dictate what a journalist can write or what’s acceptable as news and what’s not. The police or the state machinery, paid by the common people’s hard-earned money, is there to protect people’s lives and provide them with security. By trespassing into a prohibited zone, the police in Uttar Pradesh proved how unapologetically the state machinery has been working to help the BJP accomplish its Brahminical-hegemonistic Hindu Rashtra—a theocratic upper-caste Hindu-led, feudal-corporate nexus’s tyrannical state— agenda.