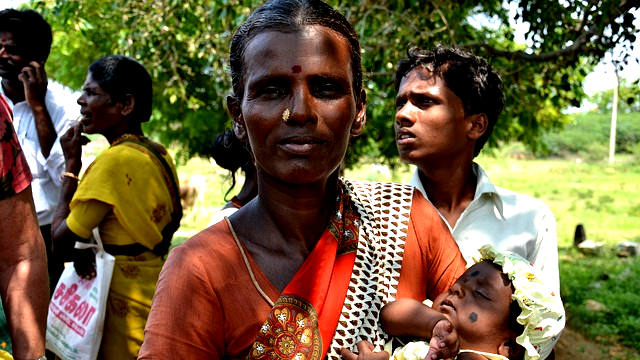 Where logic loses its way, rhetoric and cacophony find their own. Since the time the Narendra Modi-led government brought the 124th Constitution Amendment Bill, to provide 10 per cent reservation in higher education and government jobs to people from ‘economically weaker sections’ of the society who are not covered under any form of reservation, which clearly indicates that the reservation is solely for the upper-caste Hindus, who form the core vote bank of the BJP, there has been a spree to defend the decision by those who belong to the dispensation or those who are aiming at getting crumbs thrown at them by the Modi regime.

However, the Modi regime’s cut-off line at Rs 66,666 per month, which is 69.44 times higher than the rural poverty line and 47.28 times higher than the urban poverty line, has nothing to do with the poor or the ‘economically weaker’ sections of the upper-caste Hindus, but only a section of the urban middle-class, which is lured towards Hindutva fascism by dangling this reservation as a lollipop before it.

But reservation, as the Constitution and the Supreme Court’s verdict in the Indira Sawhney & Others vs Union of India case of 1992 clearly show, is only provided as a social justice measure and is not a poverty alleviation programme. It’s a positive discrimination method to increase the proportional representation of those caste groups and backward castes in terms of social positioning that are discriminated against due to historic reasons, including the prevalence of the utmost notorious and regressive patriarchal caste system.

Unlike economic weakness, which can be alleviated through affirmative economic welfare programmes, the social weakness or backwardness caused by the caste system can’t be alleviated through some government measures because the problem is deeply rooted into the feudal base of the Indian society. For centuries this caste system has been abetted by the ruling classes who themselves belong to the upper-caste strata. Even the Mughals and the British colonial rulers didn’t try to meddle with the caste system and buttressed it in their own ways.

Even if a Dalit or an Adivasi is rich, or upper-middle class, then too, they can’t earn the same respect, social status and privileges as an upper-caste Hindu from lower-middle class or the poor strata will enjoy due to their social status. A rich Dalit can’t be an equivalent to a poor Brahmin according to Manusmriti, which governs the Hindu caste hierarchy. A Brahmin will not be hired for manual scavenging by the Indian Railways, or as manhole cleaners by municipalities because these jobs are ‘historically reserved’ for the Dalits only.

The reservation provided under the section 15 and 16 of the Constitution is only allowed for those caste groups that have very less representation in higher education and jobs due to their ‘social’ backwardness and not economic backwardness. The Supreme Court has fixed certain rules in this regard and they are:

Unlike the Dalits, tribals, backward caste people, the upper-caste Hindus have a dominance in the government jobs and higher education. Due to their extremely weak socio-economic position, only a handful of Dalits or tribal people could even make to the institutions of higher education or government jobs, yet even there they face extreme discrimination, persecution and abuse at each step. They are forced to prove themselves more than their upper-caste peers and often they are reduced to their immediate identity, as the University of Hyderabad research scholar Rohith Vemula accused in his suicide note.

Overlooking these facts, when Narendra Modi and his sycophants amplify their propaganda trumpet over the 124th Constitution Amendment to provide 10 per cent reservation to the upper-caste, they actually try to strengthen the position of the already dominant Brahmin-Kshatriya-Baniya coalition over all government jobs and higher education seats, which leads to their domination over the private sector as well. It’s a bill that mocks the real poor, the Dalits, tribal people and people from the backward castes.

The advocates of reservation on the basis of ‘financial condition’ will never budge from peddling their bunch of lies and living in a state of denial that the caste system is discriminatory, inhuman and exploitative because they happen to be the custodian of the very system and its shameless apologists. Modi’s new attempt to provide stimulus to the already dominant socio-economic bloc will go down the drain due to its utter nonsensical base, concept and anti-Constitution spirit. Let this sink in.