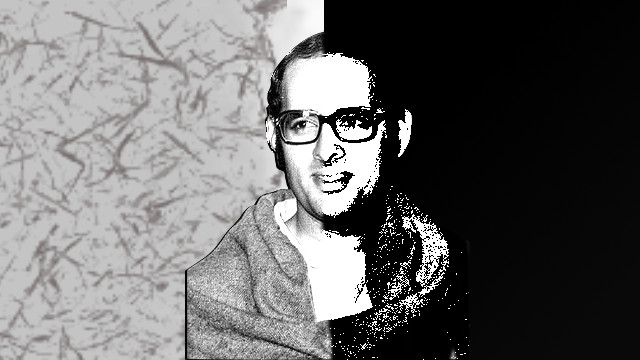 Prime Minister Narendra Modi is infamous for launching vitriolic attacks against the Nehru-Gandhi family to counter the current Congress party president Rahul Gandhi. Since forming his government in 2014, Modi started blaming the past governments, even India’s first prime minister Jawaharlal Nehru, who died half a century before Modi’s rise to power, for his own failures. Nehru, his daughter Indira Gandhi, her son Rajiv Gandhi, his wife Soniya Gandhi, their son Rahul Gandhi, their daughter Priyanka Vadra and son-in-law Robert Vadra, none has been spared in Modi’s diatribes against the “dynasty”. Modi and his sycophants accuse this dynasty of looting India for nearly seven decades. A voluminous work can be published using Modi’s sickening obsession with the Nehru-Gandhi family, which he calls the chief enemy of the Indian people.

The national emergency imposed by Indira Gandhi between 1975-77, during which Modi apprenticed as an RSS apparatchik, has been a leitmotif in the BJP’s tirade against the Congress party’s dynastic rule and its antipathy towards democratic ethos and values. However, in this incessant and virulent tirade, Modi and the BJP leadership often skip, rather, deliberately obliterate, one name from the Nehru-Gandhi family. There is one person, who was equally responsible, alike Indira Gandhi herself, for the national emergency or the tyrannical rule of the Congress party during the 1970s, however, his name and crimes aren’t discussed any more in the BJP’s agitprop as the party made him kosher since his wife and son joined the saffron camp.

Sanjay Gandhi, Indira Gandhi’s youngest son and a former Youth Congress leader, was a de facto ruler of India during the dark days of emergency. He was his mother’s heir apparent, who was supposed to be perched on the throne after Mrs Gandhi. He played a crucial role in having Mrs Gandhi impose the national emergency soon after the Allahabad High Court disqualified her victory in the Lok Sabha election. Sanjay Gandhi also played the pivotal role in turning all branches of the Indian administration into the Congress party’s servile agencies during the emergency. Behaving as a feudal landlord, as a crown prince, he treated the country’s common people as his bonded labour, his Youth Congress’s men as his obedient serfs, and women as his property. To prove their loyalty to him, most of the top Congressmen had to carry his sandals during the 1970s.

He played a vital role in having the opposition members arrested, banished and killed. He ensured that all newspapers are censored, films are tailored according to the political agenda of his mother. While drunk with power and privilege, Sanjay Gandhi roamed around flaunting his fancy cars, flexing state power and authority during the emergency, the Indian state brutally hounded, tortured or killed anyone who opposed the tyranny of the mother-son duo.

During his prime, just like Modi, Sanjay Gandhi didn’t care about laws, rules and regulations while helping his big capitalist donors with privileges and benefits through government contracts. He filled the coffer of the Congress with ill-gotten money and had played a major role in Delhi’s real estate business, which was booming then due to the Asian Games construction work. Sanjay Gandhi didn’t blink his eye while exhibiting his extreme bigotry towards Muslims and under his command, the Delhi authorities demolished several slums, mostly belonging to the poor Muslims in the New Delhi area, to pave way for construction of real estate projects. Sanjay Gandhi was also instrumental in the forceful sterilisation of the poor people in rural areas. His Maruti car project was driven by the greed to profiteer from automobile trading by using capital from the public exchequer. In a nutshell, Sanjay Gandhi was a vintage version of Modi.

Sanjay Gandhi, along with Mrs Gandhi, was arrested after the Janta Party came to power in 1977. Upon his release, he played a crucial role in having the Youth Congress’s men elected to the parliament in 1980, which helped Mrs Gandhi to return to power five months before the tragic death of Sanjay Gandhi caused by a fatal aerobatics stunt in June 1980. He has been a controversial character in India’s political amphitheatre and he is now banished from both the Congress’s discourse and the BJP’s. Neither the Congress owns him anymore nor the BJP criticises him and his actions during the emergency.

Contrary to Sanjay Gandhi, Rajiv Gandhi remained aloof from politics during the 1970s with his wife Sonia Gandhi and children Rahul and Priyanka Gandhi (now Vadra), yet he and his family members are blamed for Indira Gandhi’s tyranny more often than Sanjay Gandhi. It’s true that Rajiv Gandhi, under whose watch the the gruesome Sikh genocide took place in November 1984, the large-scale Muslim massacres took place in Bihar and Uttar Pradesh, had been a gigantic mob lyncher, whose crimes and magnitude of audacity still dwarfs Modi, however, it’s wrong to impose the burden of the emergency and the excesses committed during Indira Gandhi’s fascist rule on him or Sonia Gandhi to spare Sanjay Gandhi.

Modi’s and the entire Sangh Parivar’s silence on the issue can be attributed to Sanjay Gandhi’s wife Maneka Gandhi’s BJP joining along with her son — Varun Gandhi — which turned the controversial and despicable leader of the Nehru-Gandhi dynasty into a pious being for ardent Hindutva fascists. Maneka Gandhi is a Union Minister in the outgoing government and one of the masterminds of the nationwide ban on cattle trading for slaughter, which caused a severe crisis for the farmers throughout the country, especially in Uttar Pradesh, where the menace of stray cattle has acquired an epidemic proportion. She was recently found threatening Muslim voters of her constituency, telling them that she is definitely winning and if the Muslim votes are not cast in her favour, which she said she would find out by tallying booth-level voting data, then she will never let any benefit reach the Muslims.

This audacity of Maneka Gandhi is fanned by the privilege she has acquired under the aegis of Modi and the BJP. Her loyalty to the Hindutva camp helped her in placing the crimes she had committed in the past, especially of assisting her husband Sanjay Gandhi to manage the day-to-day business of the government during the emergency, in the oblivion of public memory. She is merely projected as an “animal rights” activist, without any insight into her vigorous attempts to revive the political fortune of the Congress after its routing out during the 1977 election through her journal Surya. Her role during the emergency is not remembered by anyone and only Indira Gandhi is blamed for the dark days of democracy.

Her son Varun Gandhi continues the Islamophobic and vitriolic legacy of the dynasty. Despite being a Zoroastrian by faith according to his father’s wish, Varun Gandhi never desisted from uttering Islamophobic vitriol to polarise Hindu voters. During his 2009 election rally, Varun Gandhi made several Islamophobic hate speeches in Pilbhit. He was later acquitted by a court from the hate speech charges, but he never apologised for being an ardent anti-Muslim hate monger. Even though he later spent a fortune for an image makeover to project himself as a humanist, erudite, liberal and futuristic politician, he couldn’t carry that mask for long within the Hindutva fascist ecosystem that thrives on bigotry and hatred.

Though Islamophobia is the new normal in Modi-fied India and is rampant within the saffron camp like an epidemic, Varun Gandhi even didn’t desist uttering sheer derogatory casteist slurs about the Yadav and Dalit communities, whom the BJP ironically tries to woo for electoral gains. Recently, he called the Samajwadi Party supremo’s family “cow dung collectors” during a rally. Boasting about his family lineage and manifesting extreme Brahminical supremacist outlook, Varun Gandhi said “I am standing here. I am the son of Sanjay Gandhi and I get my shoelace untied by such people”. Eulogising Modi as a demigod, Varun Gandhi called upon the people to vote for the sake of “Bharat Mata” (goddess India) and labelled the opposition as “Pakistanis” to use xenophobia and jingoism for garnering votes.

Both Maneka and Varun Gandhi are important pawns for the RSS-BJP, and their connection with the Nehru-Gandhi dynasty is never a problem in the saffron camp. However, as the mother-son duo can be inconvenienced if references are made regarding the notorious role Sanjay Gandhi played during his lifetime, during his tenure as a leader of the Youth Congress leader and as the de facto crown prince of India during the emergency, therefore, no one in the BJP utters a word against him.

By obliterating Sanjay Gandhi, and the heinous role he had played during his political career to destabilise democracy and turn India into a one-party-ruled state, from its radar just to appease a mother-son duo, the BJP and the entire Hindutva fascist camp, including the megalomaniac prime minister, have not only betrayed the principles of the anti-emergency struggle, they have also betrayed the Sangh Parivar’s much publicised anti-dynastical principle. Sanjay Gandhi wasn’t just an individual, rather he was the epitome of power, dynastic rule and megalomania during the Congress’s tyrannical rule. Opposing him is not opposing an individual but the very threat to democracy and freedom that he possessed. It’s his dark shadow that is looming large on India now and his notorious traits are visible in the attitude and actions of Modi. To save India from falling deep into the abyss of Hindutva fascism, the democratic forces must oppose Sanjay Gandhi’s reactionary politics and his metamorphosed version — Modi — whose leadership is taking India towards a darker period than the emergency.