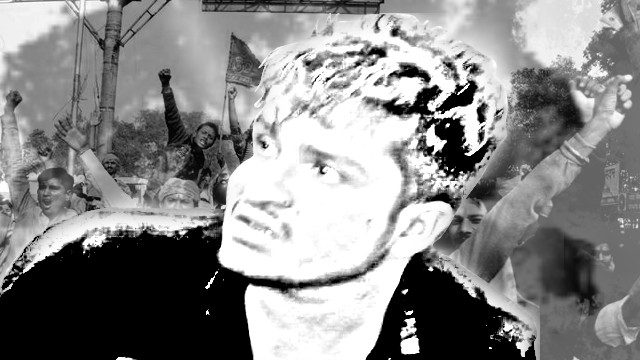 Not much time has passed when the state Jharkhand used to be in the discussion for its potential to surpass other neighbouring states in terms of growth and development due to its abundant mineral reserves. Unfortunately, this discussion has evaporated and a new discussion has taken its place. Jharkhand is in news, debate and discussion for its mob lynching incidents and ever increasing hate crimes motivated by religious bias. The very recent being killing of Tabrez Ansari, who was accosted by a mob of villagers in Dhatkidih village in Seraikela Kharsawan district, southeast Jharkhand and later was beaten to death, has brought this grotesque part of Jharkhand’s quotidian existence to the forefront, once again.

The mob’s mission was to apprehend a motorcycle thief. It thought Ansari could be one. Theft is religion-neutral. But what the demand for Ansari to chant Jai Sri Ram and Jai Hanuman, which the young man complied with, according to the video clips circulating on social media of this particular episode of lynching, brings out is the majoritarian impulse to impose its will on people of other faiths, by use of force. And this impulse is not very old to the state of Jharkhand. Being a resident of Jharkhand, I have known the state to be topping the chart for its poor economic growth and lack of infrastructure facilities but never have I ever known my own state to be a hub of mob lynching.

Jharkhand, until a few years back, was profoundly recognised for being in constant grip of Maoists and Naxals and thus leading to many incidents of violence but the blistering of hate crime in the state is a recent phenomenon. In fact, the word “lynching” which has been buzzing around for some time now, was never present in the parlance of the local people. For that matter, the entire concept of “Mob Lynching” does not hold history in the hearts and minds of people of Jharkhand. The state is surging high on other parameters of development. The GSDP of Jharkhand has increased significantly during recent years.

The state’s GSDP has increased from about Rs 1747.24 billion in the financial year (FY)2013 to about Rs 2552.71 billion in FY 2018 (PHD Research Bureau). The state has made an impressive stride in recent past years in industrialisation. The key industrial areas of the state include Jamshedpur, Dhanbad, Bokaro, Deoghar, Hazaribagh, Singhbhum, Ghatshila, among others. Jharkhand offers a wide range of fiscal and policy incentives for boosting the growth of various sectors of the economy. Jharkhand is progressing fast on adopting best practices for making an investor-friendly environment in the state to facilitate investments, employment generation and welfare of the people. However, where on one hand Jharkhand is scoring better every day on these indexes, it is also soaring high with more numbers of hate crimes motivated by religious biases. The sad reality is that we choose to grow and develop ignoring those numbers.

Jharkhand, with 68% Hindu population, 14.5% Muslim and 4.3% Christian (12.8% profess ‘other religions’ including tribal animist religions), is India’s second-deadliest state in terms of religious hate crimes. Since 2009, Jharkhand has recorded 14 hate crimes motivated by religious bigotry and nine deaths in Hate Crime Watch database, just behind Uttar Pradesh with 23 deaths. All of them have been reported after the Bharatiya Janata Party (BJP) won national and state elections in 2014. The saffron party has returned to power at the national level in recent elections whose results were declared on 23 May 2019. In Jharkhand, it got 12 out of 14 Lok Sabha seats along with its ally All Jharkhand Students’ Union. Nationwide, over a decade to 2019, 93% of 287 hate crimes motivated by religious bias claiming 98 lives were reported after 2014.

These numbers of hate crime do not just indicate violence against the Muslim community only but against all the minority communities residing in the state. An April 2019 incident, where four Christian tribals were lynched by a mob of Hindu villagers, when they were carving a dead ox in Jurmu village of western Jharkhand’s Gumla district, shook and abashed all other minority tribes in the state. The incident turned more horrific when the mob then dumped the four on the road outside the nearest police station, where they lay for three hours before the police intervened. One of the four, 58-year-old Prakash Lakda, died on the street outside the police station. The demoralising part of this case is an unperturbed reaction of authorities and indolent action by policemen of the state. Not only in this particular incident, it has been witnessed and also reported that across Jharkhand — the second deadliest state in terms of religious hate crimes — police investigations in such crimes are often characterised by callousness and partisan behaviour. This apathy can be deadly for the state and its people. Victims in Jharkhand have now contended with police apathy, often made more potent when combined with religious prejudice.

The state is headed for assembly polls in few months and the incident of mob lynching in Saraikela was bound to turn political. However, the concern here is that with the upcoming elections such incidents will only grow in numbers. Mere condemning the acts or politicising the acts will not see depreciation in such incidents. Lynch mobs must be put down with an iron hand. The government, run by whichever political party, must make it crystal clear that anyone who takes the law into their hands by turning into self-proclaimed vigilante groups would face the full wrath of the state. Our leaders and politicians must understand that mere chastising the act will not help in diminishing such crimes in the state or nationwide but strict governance in this can surely be a way out.

The lynching must stop. The long list of those who have been lynched in defence of the cow, on suspicion of being kidnappers or thieves, or for being those whose faith does not naturally make them chant Jai Sri Ram, must end with the name of a final victim someday and somewhere. Let that be of Tabrez Ansari. The newly formed party in power must understand that with all other developments, we also need to ensure this. Let, the term “Mob Lynching” disappear from our dictionary as well as from our nation.