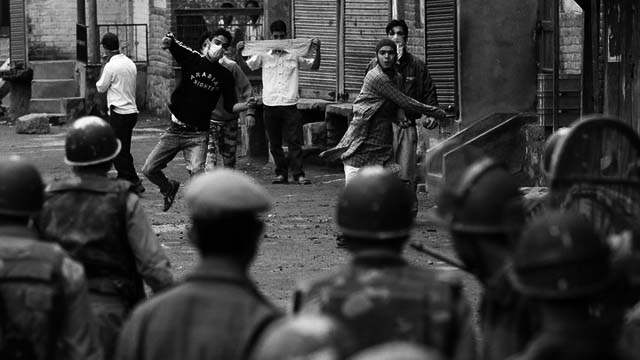 Since the arrival of Prime Minister Narendra Modi in the Indian political scenario from 2002 onwards, India has steadily drifted into the world of pseudo-reality. By 2019, India has fallen deep into “the abyss of a totalitarian society“. Yet another “master-stroke” hurtling India towards disaster.

The problem here is that since 1947 the United Nations (UN) has regarded the whole of Jammu & Kashmir (held by India and Pakistan) as a disputed territory neither as “Indian territory” (as India claims) nor as “Pakistan territory” (as Pakistan claims). The UN has no obligation to be deterred by lack of “authorisation” — either by India or Pakistan — to take up any issue related to the disputed territory. The Indian government recognises this factor, which is why their argument is that they are not changing the territorial “status quo” of Jammu & Kashmir by either invalidating Article 370 of the Constitution, or by splitting the India occupied territory into two union territories.

The crass action by Modi and Home Minister Amit Shah has the potential to do immense harm to India’s integrity. Now we know that it is barbaric to suppress separatist sentiments using brute force. As was done in Punjab, and as is now being attempted in Kashmir. The only civilised way to address separatism is to talk and to negotiate with the malcontents, and if possible, address their concerns. If not possible, then conduct a referendum to ascertain what most people in the concerned region want. And then, gracefully respect whatever is the outcome of such a referendum.

As India appears to have adopted the Zionist Israeli methods to tackle separatism in Kashmir, the outcome here is unlikely to be far different from that in Israel — decades of Palestinian resistance in Gaza and West Bank with no end in sight, never mind the retaliatory brutality by the Zionist force that has for long adopted a “zero-tolerance” policy against any Palestinian dissent.

Is there any alternate model that India can consider? One that has been more successful in handling separatist sentiments, including militancy?

The specific actions by the Modi government that one must object to are:

The arrest of all political leaders of Jammu & Kashmir (except those of the ruling party), done in the way Indira Gandhi did when the Emergency was imposed, an action that is still condemned.

Clampdown the press and media in Jammu & Kashmir,  also in the way Indira Gandhi did when the Emergency was imposed, an action that is still condemned.

Deployment of heavily armed security personnel all across Kashmir, blocking off the roads with concertina coil and imposing of total curfew, something Indira Gandhi did not do at any time, anywhere during the Emergency.

Total shutdown of all channels of communication, including landlines, mobile phones, internet, etc, again something Indira Gandhi did not do during the Emergency. Not even briefly, in those two odd years.

Use of pellet guns and automatic weapons to disperse people who defy curfew and come out from their homes to protest. Forget Indira Gandhi, even the Chinese have not resorted to such barbarity while dealing with protesters in Hong Kong.

I would personally prefer India to be a Union of States, with no State opting to exit the Union. But then colonising by military force those who do not desire to stay in the Union is unacceptable. This is why a policy of generous accommodation of regional aspirations is so important for India’s unity.

My stand is that it is immoral to “wait and watch how things progress” in a situation like the present. The “best case” is that the people of the Valley will meekly submit to the suppression of their aspirations for greater autonomy by the use of brute force, involving not only pellet guns but also AFSPA and UAPA. The “worst-case” is a protracted resistance by the people for year and years. Neither of the above is worth “waiting for”. Unless we can confidently state that the majority of the people in the Valley have no aspirations for greater autonomy. But if we can say that, then the referendum would have been a more legitimate and ethical solution to the problem.

Under Resolution 47, adopted by the UN on 18 March 1948, a five-member United Nations Commission for India and Pakistan (UNCIP) was set up with the stated objective of taking forward the UN Security Council’s recommendations for restoring peace, and for conducting a plebiscite in Jammu & Kashmir. If the territory was not regarded as disputed by the UN, then why the recommendation for a plebiscite?

India had sought to integrate the various regions into a single Union under the assumption that this represents the will of the people of the concerned regions. Former prime minister Jawaharlal Nehru’s moral error was not to conduct a referendum in Jammu & Kashmir as was promised by the Government of India at the time of its accession, and also not adhering to the reasonable UN Resolution.

Recent actions by the Modi government amounts to throwing away the “fig leaf“, the argument that though there was never a referendum, the majority of the people of Jammu & Kashmir really wish to be a part of India. The former princely state of Jammu & Kashmir had become an autonomous part of the Indian Union not only on the basis of the Instrument of Accession signed by the non-representative Dogra monarch Maharaja Hari Singh but also through an arrangement worked out by the Constituent Assembly of Jammu & Kashmir with the Indian government. Doing away with Article 370, without consulting elected representatives from all regions of Jammu & Kashmir, actually delegitimises the accession.

This was why the earlier governments wisely resorted to watering down of Article 370, always by “appearing” to have taken the elected representatives from Jammu & Kashmir on board. By doing what they did, Modi and Shah have (perhaps irreversibly), alienated the people of at least one and a half regions of Jammu & Kashmir. May be, India can militarily colonise the Kashmir valley for years. But it does not take brilliance to foresee that we have created a Palestine within India by this colossal stupidity.