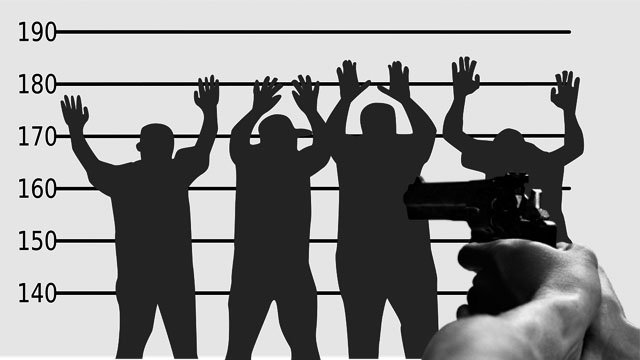 What can be an unpopular opinion when people celebrate murders? What’s dangerous in a society where the middle class, the core political decision-maker, is extremely vulnerable to state propaganda? It’s a dissenting opinion, it’s the sheer act of differing with and opposing the mainstream narrative that’s considered unpopular in such a society. The Hyderabad encounter that killed the four accused of the gang-rape and murder of 27-year-old Priyanka Reddy, a veterinary surgeon, exhibited the difficulties of holding an unpopular opinion, backed by sensible arguments, in Prime Minister Narendra Modi-ruled New India, where the urban middle class is prone to gulp any bait dangled by the ruling classes without analysing their pros and cons.

Mohammad Areef, Jollu Naveen, Chennakeshavulu and Jollu Shiva, the accused in the Hyderabad gang-rape and murder, were killed by the Cyberabad Police in the wee hours of Friday, 6 December 2019. The Hyderabad encounter, which obviously points towards a staged, cold-blooded murder of four men by the state without caring for a trial, got massive public support. Actually, this killing polarised the country, once more, in two antagonistic camps. On one hand, we have those who support the extra-judicial murder by the state calling it “swift justice” and endorse the concept of mobocracy, while on the other hand, are the minority, who oppose extra-judicial executions.

On papers, the Indian state, born from the womb of British colonial rule, follows the anglo-saxian principle of the accusatory system, which gives the benefit of the doubt to the accused until proven guilty and also provides them with step-by-step appeal opportunities to weed out chances of legal mishaps that may cause severe injustice to an innocent. Each case is driven to its conclusion — at least on papers — through the usage of evidence and witnesses, which can support or oppose a statement.

In this process, the sole role of the police is to maintain law and order, prevent crimes, arrest criminals if a crime is committed and then investigate the crime to strengthen the prosecution’s case in proving a crime. The police, can’t be the judge of a crime or the executioner, and if it crosses the line, then, as an institution, it remains no more one that’s maintaining law and order or protecting people’s lives, but one that’s rogue, beyond the law and a terrorist organisation.

Even though the idea of killing any accused looks an easy way out in a country like India, where millions of criminal cases are pending in different stages of justice, any act like the Hyderabad encounter is a crime as they undermine the rule of law, the Constitution’s guarantee of life to each citizen and makes the police, already notorious for its corrupt character and extortionist tendencies, become a draconian organisation.

The Hyderabad encounter helped the Telangana Police to build rapport with the hyper-masculine and patriarchal forces. Thousands of people came out on the streets to hail the Telangana Police and even showered petals on the force. Such an unprecedented show of support for the police, which clearly violated laws and punished four men whose crime wasn’t proven in the court, actually bolstered the courage of the men in uniform to gun down more random people in the future, accusing them of anything or everything.

No one questioned the validity of the police claim that these four men, killed in the Hyderabad encounter, near Chatanpally on the outskirts of Shadnagar town, where they allegedly burned the body of the victim, were actually the culprits. The Cyberabad Police, after refusing to lodge an FIR when the family members of the victim approached them after they couldn’t contact her, suddenly became so proactive and efficient that they not only closed the case in few hours by arresting these four, who were truck drivers and cleaners, from marginalised communities and extremely poor backgrounds but also proved the case?

When the people were made to believe the first part of the police story by narrating a tale of gory atrocities purportedly committed by the accused, then the press, the state’s different organs made such stories believable for the common people. They made it believable that these were the four and no one else who committed the crime. With their death without a trial, we won’t even know who actually committed the crime and whether the actual perpetrators, who may have bribed the police, are still out in the open, looking for their new prey?

The loosely-weaved and contradictory script of Hyderabad encounter presented by the Cyberabad Police led by VC Sajjanar — an IPS officer infamous for fake encounters — to cover the cold-blooded murder of the four suspects, was moulded as the Gospel’s truth by Modi’s  Goebellian toady media. The vulnerable people — the majority of the middle class — can’t comprehend the veracity or the depth of any crisis and for them, such gory atrocities actually become attractive solutions as they see results there vis-a-vis the slow-paced judiciary, where getting justice becomes a lengthy, uncertain and an expensive affair.

The political forces that represent the ruling classes also left no stone unturned to regularise mob violence and state-violence to undermine the role played by the judiciary. From the Telangana Rashtriya Samithi to the Bharatiya Janata Party (BJP), from the Congress party to the Bahujan Samaj Party, from the Samajwadi Party to the YSR Congress party, almost all parliamentary political forces joined the hullaballoo to throw their weight behind the Cyberabad Police, and most of them wanted the Hyderabad encounter model to be replicated, arguing that it will be a deterrent for such crimes in the future.

Since years, the Indian ruling classes are creating public opinion in favour of extra-judicial killings and mobocracy through a plethora of weapons.

Firstly, it’s the cultural weapon of cinema that helped the rulers popularise the concept of “encounters”, no trial, no defence, no evidence, just one shot solution for crimes. The gullible Indian middle class endorsed this viewpoint since the 1990s, when the Indian security establishment, from the paramilitary forces in Kashmir and Manipur to the police in other states, started following the model.

Secondly, the press helped the Indian ruling classes, represented by the Congress party and the BJP, to build up political support around the mobocratic practices. The BJP actually mainstreamed the encounter killings and provided an impetus for anything extra-judicial. The Congress too oversaw a number of such killings. Under the patronage of their political bosses, the police actually killed many people with utmost impunity accusing them of random crimes, terrorism or Naxalism.

Thirdly, and most importantly, the upper-caste Hindu elite and middle-class’s mindset support this mobocracy and make them a partner in the crime because the base of the Indian society is still semi-colonial and semi-feudal, which makes it utmost undemocratic.

But is the government and the ruling classes promoting the usage of the template of mob violence and extra-judicial executions for all cases? Is there impartiality in using this template? Or is it reserved for selected demography?

It’s only cases that the ruling classes deem fit that hype is manufactured around them and then the public is provoked. In those cases where the accused are from socio-economically marginalised communities or classes, the Indian ruling classes and their toadies start a cacophony over capital punishment, mob justice or police encounter. Thus, people like Jaya Bachchan would call for mob lynching of the Hyderabad rape accused but both she and the rumbustious middle class will remain conspicuously silent over cases where the accused aren’t some poor truck driver or cleaners but legislators or self-styled godmen.

The recent killing of a rape victim in Uttar Pradesh’s Unnao, where the accused set the woman ablaze when she was on her way to a court in Rae Bareilly to testify against them, didn’t create a nationwide ruckus because the accused belong to upper-caste Hindu society. The Yogi Adityanath government didn’t talk about police encounter but setting a fast-track court to try the accused.

In Unnao itself, BJP’s legislator Kuldeep Singh Sengar is accused of raping a minor and then killing both her father and two aunts within a gap of few months. Nithyananda, a dubious godman, fled India after raping women disciples; the self-styled godman Asharam Bapu and his son are lodged in jails on rape charges, however, the ilk of Baba Ramdev, who would applaud the Hyderabad encounter, won’t dare ask the police to exterminate such convicts.

For the ruling classes and the Indian state, the Hyderabad encounter became an acid test before the model is replicated elsewhere. They now know that all they have to do is create numerous stories out of the central narrative that the Indian judiciary is slow and inefficient, and create hullaballoo over each such cases where people’s emotion will be at the peak, and instead of following the course of justice, by allowing each accused to defend themselves, the state will exterminate them and close the cases, while appeasing the people’s bloodlust. However, these will only happen where the accused will be from marginalised and poor backgrounds and not where a Sengar or a Ram Rahim is even convicted by a court of law. The mobocracy is a weapon of the ruling classes to defend their interests, hence, it won’t work wherever the rulers will be found complicit in the crimes, but only when it’s the oppressed people. So Ankit Garg and his ilk may continue raping women activists like Soni Sori and the state will accolade them with gallantry awards. Cheers to Modi’s New India.