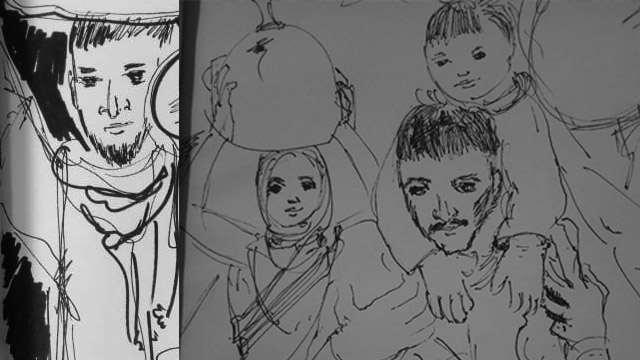 The democratic and progressive forces in India are going through a phase of political suffering. More than the Coronavirus (COVID-19), the chaos caused by the lockdown and starvation is affecting the poor mass. We are actually stumbling through a state of exception where it’s been more difficult to trace the reason behind this chaos. The current fascism in India can’t be deciphered in the global term. Normally when it comes to fascism, we think in terms of polarity but now the scenario is not linear per se. The attack on Muslims irrespective of class, the arrest of educated and elite Muslims under draconian charges, the systematic vilification of the community by the state and its lackey press, etc, are new developments with which the Indian democratic and anti-fascist forces didn’t come face-to-face a lot during the Congress party’s rule. Hence, every line of thought can’t be decrypted in textbook terms of fascism.

COVID-19 lockdown, which is primarily an act of privilege, the fear is especially adding up to the chaos. For more than a month, immigrant labourers have been stuck in their work cities, often 10 people inhabiting in a 10/10 feet room, but Prime Minister Narendra Modi’s government remained more or less indifferent towards their plight and in taking steps to bring them back home. Though in the last few days the press has been broadcasting news in support of the migrant workers, but nothing has materialised so far, except for a few trains to selected locations for migrant workers, for which they have to shell out extra money than what it’d cost in a normal scenario. This is happening when the government can ferry the rich and upper-middle class free of cost from offshore locations.

These migrant labourers are mostly living on the paltry sum of money and ration provided in solidarity by different trade unions, left-wing partisans, concerned individuals, etc. Even some religious organisations and right-wing forces like the workers of the Rashtriya Swayamsevak Sangh (RSS), the fountainhead of global Hindutva fascist movement, are also helping the migrants but with communal riders. Still, nothing is enough to compensate their need and as they are habituated in living a life without dignity due to the normalisation of their dehumanisation by all socio-political institutions since ages, therefore, they reel under the juggernaut of lockdown and are suffering more than what they suffered before.

There is a huge difference between right to life and the right to a life with dignity. This difference defines our world as it exists. The latter trumps the former unconditionally. The poor gets screwed when the rich feel brave. The nature of class has changed. Hence the dream and demand of humans too. The game of big foreign monopoly-finance capital has too shifted with new corners and hinges. This time it is a multi-player game. The conceptual framework of one master has changed. So it’s no more a simple dual player game. Modi has successfully done this.

In the meantime, the global oil price has been falling, which is not benefitting the common people. Where is the benefit going other than the treasury? Also, when the production is stalled, the tax benefit is still there on which the government has its autonomy. More than this, we must remember that India has a huge retail sector to cater to its 1.3 billion people and 40m people are employed in the sector. Here, the Baniya capital has always resisted foreign capital. But the Modi’s Bharatiya Janata Party (BJP) has a complicated relationship with both. At the same time, the BJP needs both Amazon and Aggarwal Textiles. So, the foreign capital is entering in retail, raw material and mine sectors. Hence the whole ergonomics of the working class is fluctuating every day. The interesting and fearful part is when the rich are getting fearful due to the COVID-19 pandemic, the poor are getting killed in this chaos of a juggling economy testing and sniffing all doors of investment.

The left-wing is hardly present on ground where an opposition can ferociously cut off the ruthless tails of the current Hindutva fascist regime. Wherever we turn our heads, we can only see social media performers either doing Facebook Live or Twitter storm. There are a few exceptions in trade unions or other places but the strength is less. While the RSS is rewiring tribal minds we are cherishing our privilege. We have probably forgotten that fascists build up their regime on lies but the fact is all great lies are based on simple truths. Here, they have latched on to certain real issues, certain failures of the old state.

This is an undeclared super emergency with no opposition. The people’s rights are surrendered in the process of lockdown naively thinking that such a surrender will safeguard the people. Those rights will not comeback anytime soon. We are not used to a frictionless social order but this crisis would cause us heavier. We are only criticising the inadequacy of the government-run relief camps, but never claiming that the right to a life with dignity. The most painful is to see the immigrant workers and the current equation of charity. Where we are busy in relief work, we can see that the workers are not raged of starvation. Except from fringe incident in Surat, mostly the workers are feeling helpless. Their expression doesn’t show anger but vulnerability. Hope the left partisans would read that again and prepare with common mass to build up opposition to fight the Hindutva fascists. Else no Vladimir Lenin’s “What is to be Done?” would save us from an unprecedented crisis.