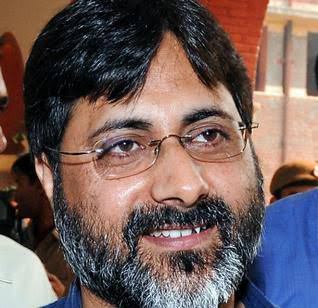 It has been weeks since the arrest of Professor SAR Geelani on the charge of sedition along with Kanhaiya Kumar, and later Umar Khalid and Anirban Bhattacharya. It should be noted that Geelani was arrested from an Urdu festival that he was attending at the University of Delhi, North Campus. It should also be noted that it was quite a big event, attended by a number of dignitaries from not just the field of literature but politics as well. Yet it is strange to imagine policemen being more concerned with the arrest of this particular individual than the security of those dignitaries, which has nowadays become more or less the core job of Delhi police. It is even harder to imagine that the authorities took such steadfast action against the professor, who was allegedly involved in the organisation of the event to commemorate the death anniversary of Afzal Guru, wherein the supposed ‘seditious’ and ‘anti-national’ slogans were raised. If the Delhi police had been so much active on the streets, incidents like large scale rapes of women in the capital city or the burning of Dalit families in slums would not have been so rampant.

This was not the first time that Professor Geelani was arrested on this charge. He was also arrested on fake allegations right after the attack on the parliament in 2001 December by the police of the NDA government. The media response, very amusingly, on both these arrests was cold and unresponsive. It is even more dubious this time as he was allegedly manhandled by the police from the middle of the programme, which had ample media presence, and still it managed only a measly column in a few English daily newspapers. Now compare this to the massive coverage of the arrest of JNUSU president Kanhaiya Kumar, Umar Khalid, and Anirban Bhattacharya, to which the newspapers dedicated almost all their pages in one way or the other and it was made into an issue in television media as well. What was so dull about the arrest of Professor Geelani and so powerful in the arrest of Kanhaiya that made the media houses pick one over the other?

The answer to this conspicuous silence of the corporate media can be attributed to their investor interests. The issue of the Kashmiri professor will evoke the bitter issue of Indian militarisation of Kashmir and the demand of self-determination rights by the Kashmiri people, as promised by Nehru during annexation. The corporate media, owned by the multinational corporations and their Indian crony and comprador subsidiaries, will never let the world know the real views, the democratic aspirations, of the Kashmiri people; lest it hurts the business interests of their owners and question the acts of the state machinery controlled by these very comprador capitalists and their foreign masters.

Zee News was perhaps the first national news channel that started polarising the viewers, mostly upper caste elite and middle-class urban Hindus, on the basis of this news. The way Zee news carried out the information to the masses was that terrorists and anti-nationalists reside in JNU and plot the destruction of the Indian state, and as ludicrous as it might seem, some people actually believed in this news until other corporate media houses jumped in to ‘analyse’ or rather ‘sensationalise’ the news in order to enter into indirect polemics to gain more viewership. It was a nasty trick played by the giant corporate media houses at the expense of defaming a world-renowned university. Their actions must be thoroughly condemned and it should be made clear that the information that the media houses are airing about JNU is not just superficial but also another version of yellow journalism.

Here I revert again to the point of Prof. Geelani. By excluding Prof. Geelani from the larger narrative that is built around JNU, the media houses have successfully isolated the issue as endemic to JNU and made it all about the university as opposed to what the issue was really about, namely the wrongful judicial killing of Afzal Guru and the counter-state politics that surrounds it. The media has very successfully reduced the debate to a very philistine premise questioning the level of commitment of JNU to the false cause of nationalism, which is still in the making by the BJP and RSS regime.

The media houses know too well about Professor Geelani and his ardent opposition to Afzal Guru’s trial and the media fears to focus on him as it will jeopardise the false decision of the government and the judiciary system thereby exposing their miserable state to the average Indian. It will also expose the state-sponsored terrorism that is prevailing in Kashmir in the name of the Armed Forces Special Powers Act or AFSPA. Prof. Geelani is a well-known public figure with an authority on these subjects and is not just an intellectual but also an activist who fights against state repression in general and state repression on the minorities in particular. He is a fervent voice of dissent, a Kashmiri activist who is a democrat and not another fundamentalist regressive politician with whom the government and its security agencies of both India and Pakistan hobnobs, and that is the sole reason why he is behind bars till now.

That he will be released is beyond certainty, and if he is not released then the corporate media must be slammed for its partnership in crime with the ruling dispensation and it is the prerogative of all forces in alternative and people’s media to shed some light on his story as well, apart from highlighting the plight of Kanhaiya Kumar, Umar Khalid, and Anirban Bhattacharya. The anti-corporate alternative media must not just stop there but continue to link the pro-Pakistan and anti-Indian slogans raised in JNU to the actual conditions of the Kashmiri people who are the victims of the BJP’s definition of nationalism, which is utmost jingoism, and rightly report that the sloganeering in JNU was, in fact, the consequence of the heinous acts the Indian government has validated in the name of AFSPA.

It is imperative that the alternative media raise the cause of the Kashmiri people, especially of Prof. Geelani, the way it has played a crucial part during the corporate media trial and ruling class slur mongering on the issues from Dr G.N. Saibaba, Kanhaiya Kumar, Umar Khalid, Anirban Bhattacharya and the entire JNU issue. It is a battle between deceitful campaigns by the corporate ruled saffron brigade of the country and the cause of truth supported by the oppressed people of India. It is the latter that we must support with full vigour.