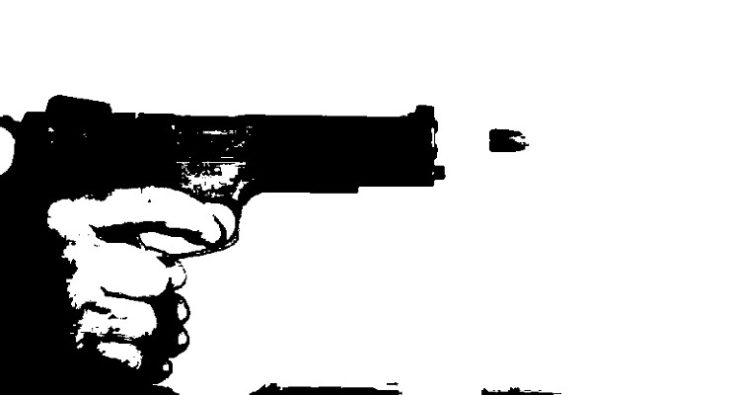 Mofijul Khan and Alam Mollah died on Tuesday, 17th January, due to police firing in Bhangar on the agitating villagers, who were since protesting against forcible land acquisition done by the West Bengal government for a project of Powergrid Corporation of India. The villagers were also protesting against the high-tension electric wires passing over their agricultural land.

The police firing in Bhangar was condemned all over the nation by forces sympathetic to the cause of the villagers, who are fighting against the forcible land acquisition by the West Bengal government with Mamata Banerjee at the helm, who once ascended to power due to an intense anti-land acquisition agitation.

Ironically this is the 10th year of the Nandigram agitation, during which the erstwhile Left Front government’s police unleashed state repression on villagers protesting against forcible land acquisition and it led to the killing of numerous farmers and the subsequent fall of the CPI(M) led government. Mamata Banerjee played a crucial part in leading the Nandigram agitation.

The agitation that has consolidated its base in the villages of Khamar Ait, Nutanhaat and Machhibhanga of the Bhangar block against the land acquisition for the power grid (earlier the government promised the farmers that a power plant will be built) by the Trinamool Congress led government, is now spearheaded by an umbrella organisation called – Jomi, Jibika, Poribesh O Bastutantra Raksha Committee (Committee to protect land, livelihood, environment and ecosystem). It’s blamed by the Trinamool Congress for being “anti-development” and “Maoist”, the accusations that the Left Front government and the CPI(M) leadership once levelled at Mamata Banerjee led anti-land acquisition agitation during the Singur-Nandigram days.

Mamata Banerjee allegedly outsourced the task of land grabbing in Bhangar to her long-time lieutenant and notorious criminal gang lord of the area, Arabul Islam, who led the police firing in Bhangar on the agitating villagers. Though Arabul Islam was sidelined within his party by his bete noire and former CPI(M) leader and former Left Front Minister, Rezzak Mollah, when the latter switched to the Trinamool Congress, he still retained strong influence in the local politics of the block.

The popular dissent has reached to such a high level in the area that even Rezzak Mollah, the present MLA and Mamata’s close aide Mukul Roy had to return empty handed from Bhangar, 40 km south of Kolkata after they were sent there as emissaries of the Trinamool supremo.

The police firing in Bhangar certainly irked the farmers, who were demanding a complete halt to the project that scientists claimed will ruin the soil quality and devastate the local economy. Mamata Banerjee’s government and the tyrants of the Trinamool Congress snubbed the protests until now as “anti-development” and “isolated” protests and thus they couldn’t gauge the public mood that turned into a Tsunami on Tuesday when the police forced their way into the villages where the farmers erected barrier of resistance against the Trinamool Congress.

West Bengal has experienced severe breakdown of law and order during the reign of Mamata Banerjee led Trinamool Congress government and in the recent months the state also experienced an unprecedented hike in communal tensions that resulted in large-scale riots in Dhulagarh, Kharagpur, Chandannagar, and Hazinagar, which were caused by the secret pact between Mamata’s Trinamool Congress and the RSS–BJP combo.

The police firing in Bhangar clearly exposed the utmost anti-people and anti-villager grotesque face of the Trinamool Congress regime in West Bengal led by Mamata Banerjee. Though the Trinamool Congress and its supremo tried and will continue to hoodwink people by portraying itself as a farmer-friendly and poor-friendly government, in reality they are essentially the tri-coloured reflection of the erstwhile Left Front government led by the CPI(M) and the Modi regime at the centre, which is also pursuing similar anti-people measures.

This year India will be entering the 25th year of the economic liberalisation, which resulted in hundreds of incidents like the police firing in Bhangar and nearly hundred thousand farmers were either executed by the state or were forced to die by committing suicide due to the aggressive corporate appeasement policy that the successive governments at the provincial and central level adopted during this time frame.

The atrocities committed on the poor alike Nandigram, Singur, Bhangar, or Kalinganagar continued in all these years under the garb of “development” and the Dalits, Tribals, and the minority communities became victims of such “developmental” exercise.

The history of West Bengal shows that the people of the state, despite their communal polarisation, will neither forgive nor forget, a ghastly incident like the police firing in Bhangar. In the forthcoming days the temperament of the people of Bhangar doesn’t seem to be settling, rather it will intensify an extensive campaign for the protection of the land, livelihood, and dignity of the toiled people of Bhangar and West Bengal.