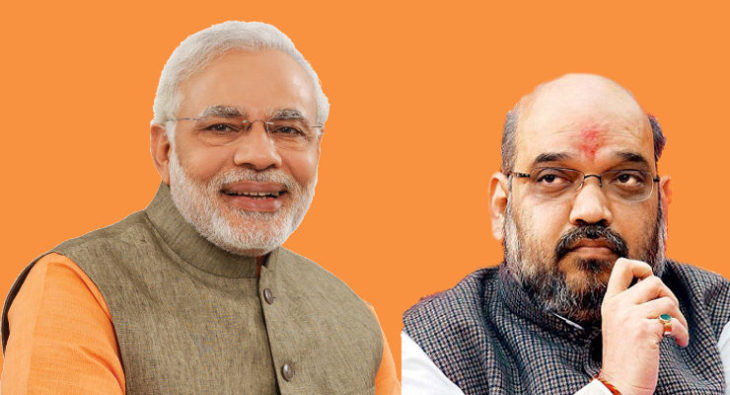 If a naïve person goes by the narratives of the mainstream corporate media of India, they will certainly believe in the cliché that the outcome of the Uttar Pradesh assembly elections will have a severe repercussion on the BJP government at the centre and even more, it will create a roadblock for the BJP to return to power in 2019 under Narendra Modi.

It isn’t such a simple equation as the mainstream media will like us to believe and thus glue ourselves to their channels or subscribe their newspapers until we get the results on 11th March.

Politics is never simple like a straight line; it’s complex because it’s filled with zigzags and dynamics, which is not quite easy to comprehend and harder to anticipate.

If victory in the Uttar Pradesh assembly elections could buy a ticket to the 9 Race Course, then probably Mulayam Singh Yadav would’ve been the Prime Minister of India on 26th of May 2014, rather than the incumbent Narendra Modi. Or probably Mayawati would’ve been the first Dalit Prime Minister of India in 2009! Probably the Congress couldn’t manage to rule the country between 2004 to 2014 because it never made a remarkable dent in the Uttar Pradesh assembly elections during this period.

The 403 seats strong Uttar Pradesh assembly has 80 Loksabha seats and 31 Rajya Sabha seats, which is the highest among all other states. Though the national general elections were fought on a nationwide anti-incumbency tide against the Congress government in 2014, which was exploited by the corporate-funded Sangh Parivar to sail its “brand Modi” and get a sweeping majority in the parliament.

During the 2014 Loksabha polls, the BJP won 71 out of the 80 seats in Uttar Pradesh and the list of its victorious MPs included some of the most notorious hate-monger bigots, who’ve used the Hindutva plank to sail through a policy-drought hit political battle with other forces. The Samajwadi Party, BSP, and the Congress lagged far behind the BJP and brand Modi during the Loksabha polls, which aroused a sense of

Since 2014 the disenchantment with the Modi wave caused the BJP to face severe poll debacles in Delhi, Bihar, West Bengal, Kerala, and Tamil Nadu elections. The Uttar Pradesh assembly elections are crucial for the BJP not to get an endorsement for the Modi government’s policies or tenure, but to ensure a proper majority in the Rajya Sabha, the upper house of the Indian parliament and have a clear say in the President election later this year.

The majority in the Rajya Sabha is a crucial weapon for any ruling party to see through its policies and agendas are transformed into laws and its core electorates are made happy. The Hindutva agenda of the Modi government, which runs at the command of the RSS, is centred around serving the interests of the big foreign monopoly and finance capital owned corporations, which can be better done through a majority in the Rajya Sabha where the government face troubles in dealing with opposition forces.

In the first week of January 2017, the BJP is ruling the following states of India:

Despite ruling the majority of Indian states and turning the states like Uttar Pradesh and Assam into volatile Hindutva laboratory, the BJP is attempting hard to make inroads into states like Kerala and West Bengal, states that remained far away from the traditional saffron politics.

The reason for BJP’s present desperation to seek a clear and absolute majority in the Uttar Pradesh assembly elections is caused by the RSS’ stern efforts to turn the citadel of India’s communal politics into a hub of the saffron brigade by setting up a supporting state government. Also, the BJP is desperately seeking an opposition free country to ensure that it could realise the vision of Hindutva – one country, one leader, one religion.

It’s very well known to the saffron camp that to establish a corporate friendly Hindutva fascist regime it’s imperative to purge the opposition from government ranks in different states and by using the strong Hindu polarisation drive by invoking Islamophobia and Brahminical bigotry, secure a vote-bank that will remain loyal to the cause of Hindutva agenda.

The social and economic backwardness of Uttar Pradesh has thrown the state into the mire of Hindutva sponsored communal mob frenzy and divided the society, especially the urban and semi-urban population into antagonistic camps. In terms of communal sensitiveness, Uttar Pradesh only seconds Modi’s home turf Gujarat, where a simple auto rickshaw parking can irk the Hindutva forces to launch an attack against Muslim ghettos.

Winning Uttar Pradesh will be thus helpful for the RSS as it can then transform the entire state into the modern laboratory of Hindutva, which will essentially keep the communal tensions alive for years to come and slowly subjugate the Dalit and Muslims under the Brahminical hegemony that the saffron bloc wants to impose on the people of the state. With lion’s share of Uttar Pradesh’s Rajya Sabha seat, the BJP will ensure that they remain the majority in the upper house as well.

Uttar Pradesh assembly elections will not decide the fate of Narendra Modi in the 2019 general elections, rather the victory in the largest state of India will significantly strengthen the BJP and the RSS organisation as well as it will provide a moral booster to its campaign of wiping off the opposition everywhere and consolidate the central and state power in the hands of the Hindutva brigade to swiftly implement the Hindutva policies of the RSS throughout the country.

The results of the polls in the five states including the Uttar Pradesh assembly elections can do one thing for sure, if not change the fate of Narendra Modi’s government, it will certainly gauge the temper of the people of the country post-demonetisation and it can be a yardstick for the opposition forces to see how much they could educate and agitate the masses against the Modi government.