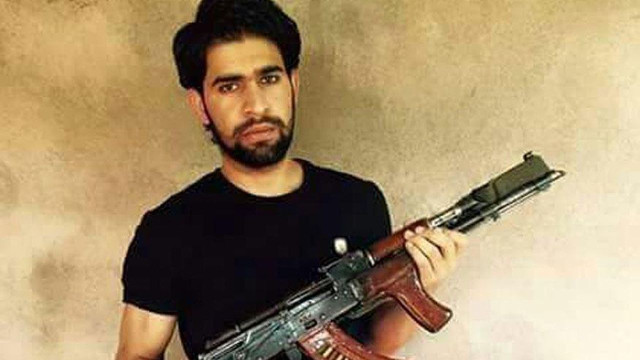 Recently an audio tape of Hizbul Mujahideen commander Zakir Musa surfaced on social media, where the militant leader called the Kashmir struggle, a struggle for establishing a Sharia-based Islamic kingdom, and also threatened the moderate separatist umbrella organisation Hurriyat Conference leaders with death and beheading if they don’t stop referring Kashmir as a “political problem” instead of an “Islamic” one.

A few days back, another tape became viral, purportedly accredited to Zakir Musa, who succeeded the slain Hizbul Mujahideen commander Burhan Wani, in which he called the women of Kashmir to desist from stone-throwing as it was “un-Islamic” and said that their act of defiance, especially their refusal to remain indoors, separated by a veil, is bringing the wrath of the Islamic god, Allah, on the freedom struggle of Kashmir.

While there remains a huge difference between the moderate Islamist Hurriyat Conference and the militant, pro-Pakistan, Hizbul Mujahideen and other groups engaged in the struggle seeking independence of Kashmir from Indian dominance, the feud of this type rarely comes out in public, as it happened with the case of Zakir Musa. This chaos was very well received by New Delhi and the Indian administration was found to be visibly happy since these tapes became public.

Since a long time, the Indian government and its loyal ruling clique of Kashmir kept parroting the allegation that the struggle of the people of Kashmir for their self-determination is actually a smokescreen to hide the greater and nefarious demand to establish a Sharia-based reactionary theocratic dictatorship on the people of the valley.

The Hindutva camp led by the RSS, which considers the Kashmir issue a military tussle between the unarmed Kashmiri people and the heavily armed military of India, considers this paranoia driven by extreme Islamophobia as the key to instigate the upper-caste Hindu elites and middle-class of India against the demand of Azadi raised by the people of Kashmir. The claims made by Zakir Musa very well fits into the narrative built by the Hindutva camp led by the RSS and the BJP and such bigotry-filled claims certainly gives the ruling bloc more chances to seek legitimacy for its barbaric repression of mass movements in the Kashmir valley.

The Hizbul Mujahideen distanced itself from the claims made by the Kashmiri militant and called his views – personal and not related to the organisation. In retaliation, Zakir Musa distanced himself from the organisation and called people who are looking forward to establishing secularism instead of Islamic theocratic dictatorship in Kashmir, his enemies. By calling himself a fighter for the cause of Islam only, Zakir Musa left the Hizbul Mujahideen.

The Kashmir experts are calling it a staged coup by the Indian secret service organisation, RaW, to halt the march of the people of Kashmir demanding freedom and to close the lid to the international support they are receiving by demonising the movement as an attempt to resurrect the Taliban type rule in the valley.

A Pakistan-based pro-Islamic militant umbrella organisation, United Jehad Council, headed by the most wanted militant Syed Salahuddin, blamed the Indian government and the RaW to be hand-in-glove with the US in launching a local version of the Islamic State (ISIS) in Kashmir valley to deviate the genuine mass movement. The Narendra Modi-led Indian government has kept accusing that there is ISIS presence in the valley to pave way for further brutal military campaigns against the people of Kashmir and dip their movement in a pool of blood using the ISIS threat as the garb.

Zakir Musa’s call for Islamisation of the people’s struggle for independence of Kashmir will help the Modi government in more ways than one. The Modi regime will use the context to carry forward its most brutal militarist ambition in the valley and engage the armed forces of New Delhi to intensify the oppression of the Kashmiri people and bury their aspiration for freedom and democracy under the outcry of Hindutva vengeance against a purported aggression of the ISIS. Also, this outcry for a Salafist Sharia rule will also strengthen the Hindutva vitriol against the Kashmir movement and help them to create a dislodge the unity of the Kashmiri people and also scare-off the Kashmiri Pandits who are considering returning to the valley after the separatists repeatedly called them back to their homes.

This type of bigotry filled venom spewing by the pro-Pakistan and pro-Salafist proselytisers under the garb of freedom fighting will eventually harm the movement at large, at it did in the early 1990s, when the CIA funded Pakistani government resorted to peddling the terrorist Salafist ideology in the Kashmir movement to derail its progress and to help the Indian Army to portray the movement as a foreign-funded terrorist shadow war. It helped the apparatchiks of Hindutva to pepper hatred against the people’s struggle of Kashmir among the Indian Hindus.

The Indian government is, perhaps, trying to recreate the same plot once again to save its face from the ignominy caused by the large-scale mass uprisings against its tyrannical rule in Kashmir, which it’s brutally suppressing through its sheer military might, but failing pitifully in containing the rage of the people, who are growing more determined and fearless everyday in their pursuit for the Azadi (freedom) of Kashmir from the jackboots of India. But unlike the 1990s, the new generation and their struggle against the military rule imposed on them is more organised and more focused on the goal, which is threatening to doom all evil plans of the Modi regime and its Hindutva puppets in the valley.

Zakir Musa is a conman, who couldn’t convincingly play the role he was assigned by the ruling clique to drive a wedge between the people of Kashmir and doom their struggle. Probably his failure will cause his death and it will be used again to incite Salafist Islamic militancy among the youth of Kashmir. But the aware and politically conscious youth of the valley will not get lured into the same trap that their ancestors did, they may love to embrace death for their future freedom, fighting with mere pebbles, but they will certainly not trade the demand for a free Kashmir for another ploy of the military junta that rules them. For Modi and his Hindutva coterie, these efforts will certainly fail, despite their highly paid yellow press and coarse-dialect self-styled patriot anchors throwing their hats behind the ruling clique’s effort to keep the people of Kashmir enslaved and shackled.