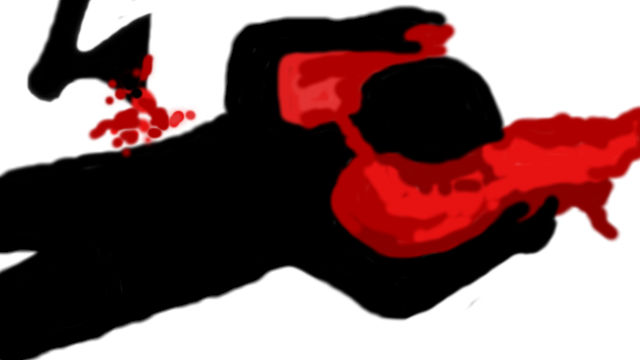 When Shambhulal Raigar brutally lynched Mohammad Afrazul Shaikh and then burned him in Rajsamand of Rajasthan, a few hours drive from Jaipur, he was sure that this act will make him a celebrity; he knew, from his accurate understanding of the undergoing trends of the Indian politics that he will be absolved of all his crimes under the present regime and system, which openly condemns a man to death to “please the collective sentiments of the majority” community. Shambhulal Raigar was correct. His action, his video and his rhetoric justifying the ghastly murder made him a hero whom the Hindutva camp now hails through its millions of social-media faces.

Shambhulal Raigar is accoladed with loads of titles by the Hindutva camp; from a harbinger of Hindutva resurgence to a man of virtue, he has them all, at a time, when hardcore Hindutva fanatic propagandists like Kanchan Gupta or Swapan Dasgupta Googles incessantly to find out similar incidents of violence, brutal lynching and burning alive of “persecuted Hindus” during the reign of Congress or the Mughals to shield their boss Narendra Modi and his corporate fundraisers and to justify the fat pay packs they get for whitewashing the crimes committed by the Hindutva camp.

Afrazul Shaikh was a migrant labourer from Malda district of West Bengal who, like millions of others, migrated to Rajasthan to work as a daily labourer and then, after 20 years of struggle, managed to become a small-scale labour contractor who would supply contract labourers for a multitude of works in the region. He was nearly 50 and had been living in Rajsamand for years now. Shambhulal Raigar didn’t know Afrazul Shaikh, except for the fact that he was a migrant Muslim and on that criteria, he fitted well to be a prey that the Hindutva fascist monster was looking for. After luring him with a work proposal, Shambhulal Raigar took him to a secluded jungle and then brutally murdered him by axing and then burned him, while Afrazul gasped for last few breaths amidst hefty bleeding. The nephew of Shambhulal Raigar, a 15-year-old, was shooting the video of the gruesome act with unshaky hands. Who said radicalised youth are found only in Madrassas?

While Shambhulal Raigar was hitting Afrazul Shaikh with what looked like an axe, Afrazul Shaikh was pleading in Bengali uttering the terms like “magge” (oh Mother!) “banchao babu” (please save sir) as a complete hapless person and was believing that the blows will end soon and his life may be saved, little did Afrazul Shaikh know that his pacifist attitude, his pleading and his cries will not alter the plan of a Hindutva fanatic, who, inspired by Dara Singh of Mayurbhanj district of Odisha, is attempting to be a hero by spilling the blood of an “infidel” Muslim, whom he can call a “Jihadi”, more, a “love jihad” accused, to earn brownies. Little did Afrazul Shaikh know that the lone-wolf Hindutva terrorist has a long-term political goal, for which Afrazul was to be a scapegoat. If, probably if, Afrazul would have dared to hit back, resist than plead, then the story would have changed, for him as well as for the country and its oppressed Muslims.

But being a migrant labourer, a Muslim migrant labourer moreover, in a land that is filled with state-sponsored bigotry, servility towards the masters of the land, the upper-caste Hindus, is a mandatory criteria for existence and, by not expecting his imminent death at the moment in the hands of Shambhulal Raigar, Afrazul Shaikh resorted to what the migrant labourers mostly do in land they call foreign – plead for mercy, even when they did no wrong. The choice of the victim by Shambhulal Raigar shows the inherent cowardice that flows through the veins of the Hindutva-infected murderous thugs, who kill, thrash and bully only the hapless, poor, weak and the most vulnerable section of the Muslims, Christians, Dalits and Tribals to minimise the risk of a backlash or strong resistance. A migrant labourer, who won’t dare to fight back and who have no one to raise a local resistance or even organise a vengeful action against Shambhulal Raigar or his near ones in the future made Afrazul Shaikh the best prey than anyone else.

Love jihad- the term coined by the present Uttar Pradesh Chief Minister Yogi Adityanath to polarise the Hindus of Eastern Uttar Pradesh, is an Indian C-grade replica of the Nazi propaganda over Jewish men laying romance trap for Aryan women and then converting them to Judaism, used to vilify the Jews in Nazi Germany. The term got official endorsement under the Modi regime in 2014, after its usage to flare up communal carnage in Muzaffarnagar resulted into the large-scale anti-Muslim pogrom in 2013 and helped the BJP to sweep the Lok Sabha polls. Spreading the fear of losing their religious domination over India by a major shift in population ratio due to a purported conspiracy hatched by the Muslims, helped the BJP for decades to scare the majority Hindu community by forcing them to hallucinate about an existential crisis that reaps a greater return on investment for the BJP during the elections.

Thus, love jihad is retained as a very reusable political weapon and the unofficial mouthpieces of the RSS and the BJP, like the Times of India, even doesn’t desist from using the term in accusing Shafin Jahan, the husband of Hadiya fighting a Hindutva vendetta, or to justify the crime committed by Shambhulal Raigar. The killer of Afrazul Shaikh himself used the term repeatedly to whitewash his crime and to win favour from the Vasundhara Raje government, which will have to face election in 2018 and have nothing in its achievement kitty to showcase and ask people to vote for it again, except for rapid and extreme polarisation of Hindus through incessant vitriol against Muslims done by the RSS and the Bajrang Dal through numerous campaigns. The Vasundhara Raje government will be under pressure to dilute the cases against Shambhulal Raigar because, at the end of the day, he appealed to his followers to not divide the votes on the basis of caste but to collectively vote for the BJP in Gujarat.

Shambhulal Raigar is sure that to secure his release and to support his deed in a highly communally polarised society, the Hindutva camp and the state machinery will go to any extent. Even the judiciary, whose retired High Court judge once said that peacocks get pregnant through tears, may get entangled in severe complexities to punish a Hindutva fanatic like Shambhulal Raigar for killing Afrazul Shaikh. Shambhulal Raigar is sure because even after 25 years of its demolition, no one got punished for the Babri Masjid demolition, he is sure because even after 15 years of the ghastly genocide of Muslims in Gujarat the culprits are at the highest echelon of power in the country and moreover, even after killing Gandhi, Nathuram Godse finds millions of supporters who even built a temple to honour the Hindutva terrorist. Shambhulal Raigar even saw the notorious Hindutva terrorists like Sadhvi Pragya, Aseemanand and other members of the RSS-sponsored Abhinav Bharat getting out of jail even after killing numerous people; he just lynched one. Even in death, Shambhulal Raigar knows he will be revered and followed by many more Shambhulal’s who will work as lone wolfs to ensure their mentors in the RSS and the Bajrang Dal are not accused and the opportunity to blame “fringe elements” remains open after such crimes are committed.

Throughout India, including West Bengal, from where the victim Afrazul Shaikh hailed, Shambhulal Raigar is getting support for his deed and the government agencies are treading the course carefully as the Modi government would want them to go slow on the case so that the BJP can milk the holy cow of love jihad and use Shambhulal Raigar’s murderous deed as a vote generator in the cow belt and beyond, wherever the footsoldiers of the Hindutva camp have entrenched. The mood of jubilation over the killing of Afrazul Shaikh even in West Bengal shows the success of the Sangh Parivar, patronised by the Modi regime, in widening the rift between the Hindus and Muslims and in radicalising the majority of upper-caste, privileged and elite Hindus to support its blood-fetish campaigns. For the poor, the lower-caste Hindus and the ostracised Dalits, the RSS has money, liquor and threat of socio-economic blockade to push them into the service of the Hindutva camp and make them the frontline pawns of the Hindutva brigade.

There will be certainly a lot of liberal ranting over social media and some street corner meetings and protest rallies over the killing of Afrazul Shaikh in Rajsamand of Rajasthan by Hindutva fanatic Shambhulal Raigar. However, such movements cannot create a strong wave of counter-action against the Modi regime and its Hindutva fascist storm-troopers. Such rallies and events, which are mostly of elitist character, pacifist in nature and are only attended by liberal intellectuals, cannot bring forth a new dawn of liberty for the oppressed people of the country. These liberal moaning and ranting cannot resolve any of the pertinent issues that the communally divided India is facing because they are mostly detached from the working class and the peasantry, who becomes the victim of both Hindutva propaganda and communal violence. Because of their elitist and closed-door nature, the liberal camp and the radical democrats cannot integrate themselves with the greater cause of the working class and the peasantry as it will demand from them a strong fight against comprador and crony capitalism as well as feudalism, which the liberals can’t do at all due to their numerous tie-ups with those forces.

The only answer to the threats posed by the Hindutva terror mongers from the ilk of Shambhulal Raigar is a strong people’s resistance struggle, which can have the potential to become a nationwide phenomenon and can neutralise the Hindutva terrorists and defeat them by intensifying the democratic revolutionary struggle against the fascist Hindutva camp and its lackeys. There cannot be an iota of political loss for the Modi government even if the entire liberal lobby downpours on the streets, however, a single strong movement of the working class, the peasantry and the toiling people of Rajasthan can send frenzy crisis signal to the RSS headquarters and the Modi regime, and it will force the Hindutva camp, which represents absolute reaction and corporate servility, to the backfoot and then wipe off the traces of communal hatred and fascism in India by building a new democratic and progressive secular India. Till the time we realise the importance of such a movement under a vanguard force, uniting with all popular-democratic forces, we won’t be able to do a thing to defeat the Hindutva menace, except for liberal moaning. Which will be extremely dangerous for the idea of India and for the lives and livelihood of the people.