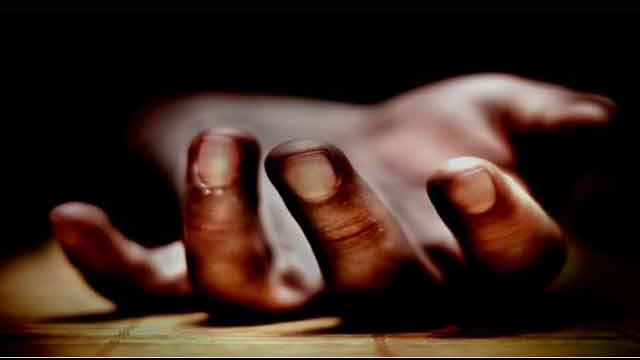 Abdul Basheer was brutally lynched to death by Hindutva mercenaries in Mangalore not because he had any role to play in the murder of the Hindutva fascist Deepak Rao, the Bajrang Dal goon killed recently in a spat but simply because he was a Muslim. The religious identity that has been the cause of several mob lynchings in the country since Narendra Modi became the prime minister by polarising Hindus against Muslims.

This gruesome lynching of Abdul Basheer shows that the minority community is not safe under the rule of the self-certified ‘secular’ Congress in one of its last hideout, Karnataka. The Siddaramaiah government remained a mute spectator and has been complicit in boosting the growth of Hindutva fascist movement in the coastal areas of the state, especially in Mangalore.

From an IT hub, Karnataka is now turned into the free hunting ground for the Hindutva fascist camp led by the RSS. The killers of M.M. Kalburgi, Gauri Lankesh roams scot-free in the state, while hapless Muslims and Christians face militant attack from the communal fascist forces.

Now Abdul Basheer, who had no role to play in politics but became a victim of communal hatred, will remain as another example of Hindutva terror’s brutal reign in India and its domination over the southern belt as well. Abdul Basheer was the man who saved a Hindu life in Gulf but when he was killed brutally and no one came to his rescue. This surely is the murder of the remnants of secularism in the country.

Rather than initiating a full-fledged campaign to crack down the notorious Hindutva thugs using force, the Congress government remained busy in Tweet war with Hindutva hate monger and rabble-rouser Yogi Adityanath, who was visiting Karnataka to intensify the vitriol against the Muslim community in the recently Hindified Lingayat community dominated Northern Karnataka and the coastal areas.

While the RSS-controlled Hindutva factory is known for its violent methods and bullying tactics, the Congress government of Karnataka has become infamous because of its disarrayed state and its reluctance to end communal violence, which, most opponents doubt, Siddaramaiah is exploiting, in connivance with the Hindutva camp’s Bajrang Dal and Sri Ram Sene, to polarise the voters, especially the secular Hindus and the Muslim-Christian community under the fold of the Congress Party.

Nowhere in the state did the Congress Party’s government or the Congress Party itself resist the Hindutva bandwagon and the regime allowed these communal boisterous mob to grow and consolidate their mobocracy all over Karnataka to divide the people into communal lines. It’s the inefficiency of the Congress Party’s government in condemning and fighting against the menace of communalism in Karnataka that allowed a Union Minister-cum-certified-hate-monger like Ananth Kumar Hegde, to openly declare that the Modi government will drop secularism from the Indian Constitution and change it soon. Siddaramaiah remained mute, his government clipped its own wings to let these communal bigots spread their vitriol.

The lynching of Abdul Basheer by the Bajrang Dal-led Hindutva thugs in Mangalore is another shrill threat to the idea that was held together in India for a long time. The lynching of an innocent Muslim for his religious identity will surely add another feather of achievement to the hat of Narendra Modi and the regime he heads, however, for the people of the country, for the majority of poor workers and peasants of the country, this lynching is a shock, a setback, a big blow to their unity.

To prevent any more Abdul Basheer or Mohammed Afrazul getting killed by the Hindutva fascist mob, the working class and the peasantry of the country must be united and aroused against the Hindutva menace and its onslaught on their lives. From attacking and killing poor Muslims to the attacks launched on Dalits and tribals, the Hindutva camp has crossed all limits and the state machinery’s unbridled support to their endeavours, even in opposition-ruled states bolstered their spirit considerably. It’s time to bring it to a halt and defeat it.

No coalitions, no electoral alliances and gimmicks can protect the lives of Abdul Basheer, Afrazul, Pehlu Khan or Junaid. No victory of Jignesh Mevani can stall the attacks on the Dalits or no number of conventions on the miserable condition of the tribals will halt the barbaric Operation Green Hunt started to annihilate them.

The unity between the exploited and oppressed classes, unity in the camp of the poor and downtrodden masses, the unity between the Muslims, Christians, Dalits and Adivasi people becomes important now to resist and defeat the boisterous Hindutva fascists throughout the country. To build such a united front we must devote our strength and energy from now onwards, everywhere and every hour. No power will be able to stall the progress of the exploited masses towards their victory then.