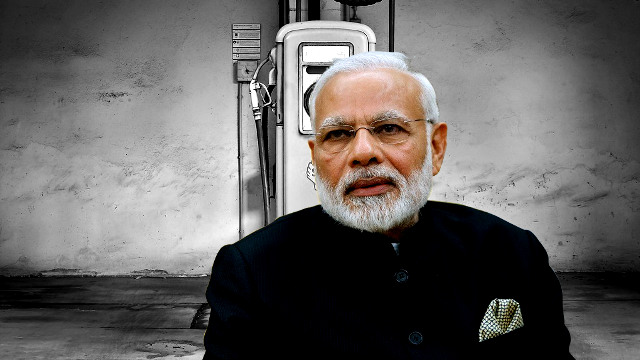 The 10 September Bharat Bandh or all-India general strike, more or less achieved success throughout the country, despite few sabotages from within and outside. The rapid increase in fuel prices and the utmost failure of the Modi regime in delivering on promises of development to one and many, fuelled the popular support for a Bharat Bandh like this after a long time.

Throughout the country, the common people defied the RSS thugs and supported the Bharat Bandh, in which all opposition parties threw their weight. Except for few incidents of vandalism and violent clashes, more or less the Bharat Bandh was peacefully observed. The pent-up anger of the people against the Modi regime’s attempt to pulverise the people’s lives and livelihood in favour of big corporations, found an expression in the overwhelming support that the Bharat Bandh received.

When the BJP found itself on the back foot due to incessant attacks from the opposition and the public, a scenario that resembles the situation of Indira Gandhi-led unpopular Congress regime of 1975, then Amit Shah arrogantly declared that the party will be ruling India for 50 years to come, signalling that the Modi regime is all set to change the Constitution of India by 2022 using brute majority in both houses and state assemblies, in case it wins the 2019 general election. This arrogant declaration is a sign that the BJP gives no thought to the nationwide mass discontent against itself, as the party is confident about victory in the forthcoming elections through communal polarisation.

Though the Bharat Bandh exemplified a nationwide distrust and hatred against the Modi regime, it’s not a yardstick to measure the BJP’s vulnerability in the coming days because communal polarisation on the basis of Islamophobia will keep a lot of politically-backward people locked under the grip of the Hindutva fascist camp. These Hindutva-incensed people, a majority of whom are actually exploited by the very regime that they support, can be weaned away only when a constructive political action is taken to educate and arouse them politically by the anti-fascist camp.

This work can’t be done by the official, parliamentary opposition parties, due to their unconditional surrender to the ruling classes whom the BJP and the Modi regime also serve. This mission of awakening the people needs a massive participation of genuine left and anti-fascist political forces who would be able to take the struggle against fascism to greater heights. For the parliamentary united opposition, their unity cracked when the Bharat Bandh was announced.

In Delhi and West Bengal, states ruled by the Aam Aadmi Party  (AAP) and the Trinamool Congress (TMC), two key constituents of the Grand Alliance — the conglomeration of the parliamentary opposition parties, the Bharat Bandh was sabotaged by the ruling parties. Even Naveen Patnaik’s Biju Janata Dal didn’t support the Bandh but it didn’t sabotage it in Odisha. The naked betrayal of the AAP and the TMC exposed their secret pact with the Hindutva fascist camp despite them uttering rhetoric of secularism periodically.

While the RSS and Bajrang Dal thugs came out on the streets of BJP-ruled Madhya Pradesh, Chhattisgarh, Gujarat, Rajasthan, Uttar Pradesh, Assam, Himachal Pradesh, Uttarakhand, Jharkhand and NDA-ruled Bihar to oppose the strike, their intimidation and muscle-flexing couldn’t deter the people from participating in this strike.

However, in a state like West Bengal, where the ruling party TMC and its supremo, Chief Minister Mamata Banerjee paid lip service in support of the issues raised by the opposition alliance, the government unleashed state terror to bully the strike participants, the goons of the ruling party attacked those who came out in support of the Bharat Bandh, which helped the BJP immensely.

Why the TMC didn’t participate in the Bharat Bandh against the BJP in its stronghold and send a strong message to the Modi regime that it will not tolerate the anti-people policies of New Delhi?

Mamata Banerjee took a calculated risk by opposing the Bharat Bandh at a crucial juncture of Indian politics. She knows well that the Indian ruling classes, the big foreign corporations, banks, their Indian comprador capitalist lackeys and big feudal landlords want to see Narendra Modi continue in power until the Hindutva fascist camp can create and retain environment conducive for loot and plunder of resources of the country. For her, opposing the Modi regime bitterly will come with a heavy collateral damage, especially CBI chasing the gigantic scams that took place under her rule. This is one of the reasons that Mamata Banerjee stayed away from confronting the BJP in West Bengal during the Bharat Bandh.

Secondly, Mamata Banerjee is also aspiring to become the prime minister in case an opposition-majority government is formed at the centre and a consensus isn’t built on the candidature of the Congress President Rahul Gandhi for the top post. In that case, Mamata Banerjee wants to project herself as a pro-corporate politician like Narendra Modi before the Indian ruling classes so that the latter could take a decision on her favour. She isn’t ready to sacrifice her “able administrator” and “industry friendly” tags to earn some applauding from those who will stab her in the bitter political infighting in the future if cracks appear within the rainbow coalition.

Through her betrayal in the fight against the Modi regime, even in the parliamentary front, Mamata Banerjee exemplified her sheer lack of apathy for the cause of the people, who are agonised due to the rising cost of fuel and essential commodities. This betrayal also verified the allegation levelled against her by her opponents, including the Congress and the CPI(M)-led parliamentary left bloc that the TMC and the government led by it are working closely with the Sangh Parivar to intensify the communal antagonism between the Hindus and Muslims living in the state. The record number of communal clashes and riots that took place in West Bengal under Mamata Banerjee’s nose, also point fingers towards her collaboration with her former ally, the RSS and the BJP in turning the state into a hotbed of communalism.

Even when the parliamentary opposition forces will nurture and support these enemies of the people and secret RSS allies like Mamata Banerjee and Arvind Kejriwal, the people and the democratic forces of the country must learn from the experience of the Bharat Bandh to oppose, isolate and defeat these secret agents of the Hindutva fascist camp who are actually helping the RSS and the BJP to expand its influence base and wean away the poor Hindus by propagating vicious campaigns against democracy, secularism and freedom.

The lessons of the Bharat Bandh, which happened to be a rare call of the opposition for a nationwide confrontation against the Modi regime in a very pacifist manner, taught the people that the more they will unite, the more they will intensify their struggle for their just rights, the more they will corner the RSS and the Hindutva camp by forging a strong unity against the anti-people policies, the more panicked RSS and its affiliates will become and the BJP will be forced to retreat even at its strongholds around the country.