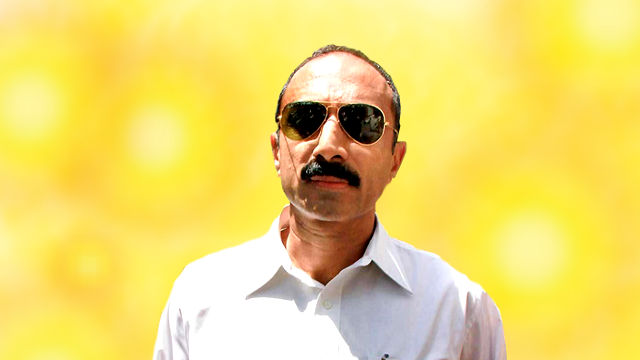 The arrest of Sanjiv Bhatt, an ex-IPS officer who has been a vocal critic of Narendra Modi and his regime, once again showed the crisis in which the Modi regime is deeply immersed and its inability to continuously hoodwink people with communal diatribe, xenophobic tirade or cacophony of “development”, to cover-up its heinous deeds.

Sanjiv Bhatt has been one of the few sane police officers who kept their backbones straight amidst high tides of virulence against the opponents of Narendra Modi. Right from the infamous meeting at Narendra Modi’s residence in February 2002, where Modi, then Chief Minister of Gujarat and also the CEO of the post-Godhra Muslim genocide, asked the police to allow “Hindus to vent out their anger” against the Muslims. Though the Brahmanical courts rejected his testimony and allowed Narendra Modi to remain scot-free from the law, though he was fired from his job and even a part of his house in Ahmedabad was demolished, Sanjiv Bhatt never succumbed before the Modi regime.

When no method of intimidation worked and the Modi regime failed to subjugate Bhatt, he was implicated in a 22-year-old case, which dates to the time when he was the Superintendent of Police, Banaskantha district of Gujarat. The Banaskantha Police under Bhatt had arrested one Sumer Singh Rajpurohit, an advocate, in 1996 on charges of possessing around one kg of drugs. Later, the Rajasthan Police alleged that the Gujarat Police had wrongly implicated Mr Rajpurohit to extort money from him, a case was lodged against the Banaskantha Police in 1999.

The Gujarat Police, CID, intelligence agencies and the Crime Branch are docile tools of the BJP-led government and is often used to bully the minorities, opposition leaders, workers, journalists and activists who either bother the government with questions or try to investigate the multi-layered crimes and corruption committed by the BJP and its cohorts in Gujarat. The BJP government even mobilised the Crime Branch recently to bully an Australian journalist of the ABC when he was doing a story on the crimes of Adani.

Now that the investigation of the Banaskantha Police goof-up case was handed to the CID by the Gujarat High Court a few months ago, the government showed extra swiftness to tighten the noose around Sanjiv Bhatt’s neck so that he can be made a scapegoat to save the culprits of the crime, which would also mean gagging Bhatt and crippling his ability to harshly criticise the Modi regime. The BJP was literally happy to do so in a weather in which many critics and opponents of the government are locked up on concocted charges by the Modi regime to clear its path before the 2019 general election.

Narendra Modi’s regime has created an atmosphere of fear all over the country, especially in the political, cultural and social arenas, to subjugate everyone and have their unconditional obeisance towards his regime. Despite this terror, honest intellectuals, academicians, artists and even police officers stood against Modi’s fascist regime. Apart from Sanjiv Bhatt, IPS officers like RB Sreekumar, Rahul Sharma and Rajnish Rai have opposed the evil nexus that’s ruling India and the gross violation of human rights. Due to extensive pressure on him, Rajnish Rai quit the IPS last week after a stint of two decades in the police force.

The CID detained eight people including Bhatt for questioning and, unsurprisingly, it was Sanjiv Bhatt who was arrested at the end of interrogation while the other seven still remain under detention. None of them is arrested. Clearly, if the case against Mr Rajpurohit was a false case, then none of the police officers can escape the charge of misusing their power; however, to only arrest Sanjiv Bhatt and take no further step to crack the whip on other accused clearly shows how cunningly this episode was planned.

It’s true that Sanjiv Bhatt has his own vices, his habit of random plagiarism of social media content, levelling misogynist allegations against an upright female journalist braving the heat and hatred of the Modi regime, making lewd comments on an alternative media foundation, etc., have turned many critics of the Modi government to stand away from Bhatt too.

Yet, like his abrupt dismissal from service, the demolition of his home one midnight and several other attacks launched by the Modi regime on this former cop, this arrest also calls for wide condemnation from all democratic organisations and people.

No one can allow a man, who dared to question the regime, perish under the juggernaut of state vendetta. No one sensible can allow fascism to win unopposed in a country of 1.3 billion people. No one should allow the fascist hoodlums ruling the country to get away with his or her crimes while the upright being hounded, persecuted and muffled because of they dared to protest. It’s time that alike their protest against the criminal intimidation of civil rights activists, the people of the country also rally behind the likes of Sanjiv Bhatt, who took a decisive step against fascism despite being a part of the system for a long time.