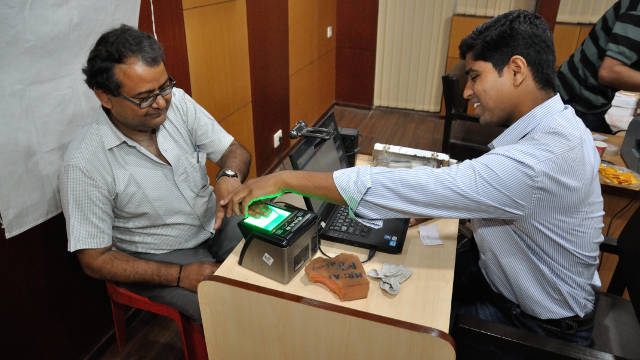 On 2 January 2019, the Lok Sabha passed a bill to amend three laws to enable voluntary linkage of Aadhaar with mobile phone numbers and bank accounts. The bill that goes against the historic Supreme Court verdict on Aadhaar in September 2018, seeks to amend the  Aadhaar (Targeted Delivery of Financial and Other Subsidies, Benefits and Services) Act, 2016, the Indian Telegraph Act, 1885, and the Prevention of Money Laundering Act, 2002, was introduced by the ruling BJP in the lower house of the parliament. Through this bill, the Modi regime is keen to overturn the Supreme Court’s judgement that barred private corporations from using the Aadhaar details to authenticate their customer details, rendering the linking of Aadhaar with phone and bank account numbers illegal. While the apex court only allowed the government to use the Aadhaar data to implement its welfare schemes and distribute subsidies, the new bill gives leeway to the government to allow the private corporations to access the Aadhaar data for their business.

The passage of this bill in the Lok Sabha, despite strong concerns raised by the opposition, is one of the frantic bids by the Modi government, ever since its formation, to implement an utmost anti-people agenda using a brute majority in the lower house of the parliament. The Congress’ demand for the enactment of a data protection law in line with one in force in the UK or the European Union, before allowing the private entities to access the Aadhaar data of the citizens fell on deaf ears, as the ‘blogger-in-chief’ of the Modi regime, Finance Minister Arun Jaitley jumped into the fray to defend the government’s blatantly anti-Constitution bid by using

According to the new bill’s draft, to verify the authenticity of an Aadhaar number, an offline process will be followed, whereby the details of a user will be checked using a QR code and without any form of submission of biometric or demographic data to the servers of the Unique Identification Authority of India. This process is a bypassing of the regulations set by the Supreme Court, which Mr Jaitley is refusing to call restrictions on the Aadhaar-based identity verification. According to Mr Jaitley, the Supreme Court didn’t reject the whole concept of Aadhaar as a violation of privacy but “added balance to the concept of Aadhaar”. He asserted that the BJP’s previous concerns about the Aadhaar during the UPA period were addressed by Nandan Nilekani during a PowerPoint presentation to Narendra Modi, portrayed as a ‘decisive’ prime minister, who immediately decided to carry forward the Aadhaar.

Mr Jaitley defended the Aadhaar as a weapon to eliminate the “aberrations” that lie in the way to ensure that government subsidies and benefits only reach the intended and doesn’t leak.

Saying this, he conveniently and nonchalantly overlooked the compulsion that the poor would need to go through to receive benefits. Even when the poor and downtrodden masses provide their biometric details, they still fail to receive the benefits due to the failure of the system in recognising them due to change in thumb impression caused due to hard labour in the fields, change in optical identification due to several health conditions and above all, due to poor internet connectivity at rural areas despite BJP’s master, Reliance Group’s Mukesh Ambani selling data at a cheap rate to the semi-pauperised people.

In states like Jharkhand, where starvation death due to non-linking of Aadhaar with Ration Card is a very common affair, people are regularly killed by this menace under the watch of the BJP government. Such deaths are brushed aside as mundane affair by the BJP and the poor are forced to undergo through the tedious task of linking their Aadhaar with everything to ensure only a small number of these poor people end up receiving the benefits of the social welfare schemes.

Even in states where the non-BJP parties are in power like Andhra Pradesh, Chhattisgarh, Karnataka, Kerala, Madhya Pradesh, Odisha, Punjab, Rajasthan, Tamil Nadu, Telangana, West Bengal, etc., linking Aadhaar to get benefits is becoming an unavoidable norm for the poor and poorest of the poor. Under the guise of checking pilferage, the state and the central governments are forcing millions to enrol in the programme and use their details to build up a massive database. More than sharing the benefits of social welfare, this data collection is done to prepare detailed profiling of the citizens, which the Modi regime is willing to share with big corporations for the latter’s sales and marketing requirements.

Moreover, there is a major concern over how the private entities, i.e. the big banks, insurance, telecom and other companies, will use the confidential, personally identifiable information of their customers that they will be able to access through the UIDAI servers. What will happen to people’s right to privacy, which the Supreme Court had upheld? What about the database getting hacked or compromised? What about the formation of a police state, which is a dream of every right-wing fanatic like Mr Jaitley?

Advocating on behalf of the Aadhaar, the attorney general once vouched for its data security by claiming its servers are located behind 13 ft tall and 5 ft thick walls that no data thief can scale. Such ludicrous details were tabled before the apex court as evidence of Aadhaar’s security, while Aadhaar details extracting software was available, not long back over WhatsApp with remote support for only Rs 500. Millions of Aadhaar data were available and sold by unscrupulous elements for a throwaway price to marketers.

The Supreme Court categorically termed the linking of Aadhaar with bank accounts or phone numbers unconstitutional but allowed its linking with the PAN, which is again made mandatory for bank accounts. In that case, the government can check out with any sort of money laundering, scheme benefits, etc. through the PAN-Aadhaar data, instead of forcing people to link their Aadhaar directly with the banks, most of which are private entities. The linking of mobile numbers with Aadhaar is clearly a strict no-no as per the Supreme Court’s order but the government’s new bill is trying to subvert the verdict, which Mr Jaitley isn’t accepting.

Unlike Mr Jaitley’s assertion, the Supreme Court didn’t balance the Aadhaar concept or hailed it, rather the court ensured that it’s not imposed on the people unnecessarily. The concept of Aadhaar is not a revolutionary one, but a very regressive, anti-people and fascist one, which, no wonder, the Modi regime loves so much due to the immense power it provides the government with to deal with the people and control their lives. For the people of India, the Aadhaar related bill will be a menace if turned into a law and they are compelled to share their private and confidential information with Narendra Modi’s fundraisers.