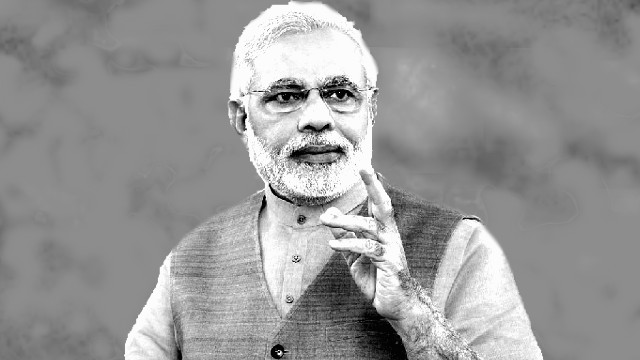 What’s the tragic and painful death of irony called? Do we even have a term to denote such a situation? If not, then we must innovate one now that Indian Prime Minister Narendra Modi has started his election campaign #MainBhiChowkidar (I am also a guard) on Twitter by calling upon his followers to make the hashtag a viral one by pledging to be a “chowkidar” (guard) against corruption and misgovernance.

Indeed his followers, the most vociferous and rumbustious on the social media space, have followed the leader to pledge their allegiance by retweeting with #MainBhiChowkidar, however, their attempt to counter the Congress’s campaign #ChowkidarChorHain (the guard is the thief), citing Modi’s claim of being a chowkidar and then allowing the big-ticket scams to not only happen under his close watch but also with his active participation, has become the biggest ironical political situation that India ever experienced.

Modi’s strategy to create a hallo of invincibility around himself started since 2007 when he sought reelection after ruling the post-2002 Gujarat. The campaign is simple — create an image through perception management — which the opposition’s counter-attack can’t breach. Even for the 2012 reelection as Gujarat chief minister and the 2014 Lok Sabha election, where he was the BJP’s prime ministerial candidate, he managed to curate a story, a narrative that would overlap his character of a Hindutva fascist rabble-rouser and a bigot who led the 2002 Gujarat pogrom.

The narrative of a “tea-seller’s son” who would rise on his own — a self-made man — to become the country’s prime minister, a crusader against corruption, a protector of Hindu culture and a legatee of VD Savarkar and MS Golwalkar fighting to restore India’s “lost glory and pride” that’s quintessentially Hindu, helped Modi erect a burly image of himself, which despite its clunky appearance for many played a crucial role in his political aggrandisement and burgeoningly amplified the Hindutva-inclined emotive tug of the majority community.

Along with this narrative, the rhetoric over “development” also played a crucial role in wooing a section of the middle class that thought Modi’s rule will elate India’s economic position, which came to a stagnant position during the last leg of the scam-tainted unapologetically corporate lackey UPA II regime led by the Congress party. The BJP tried to project itself as a vessel of development and change, which wooed a large number of young Hindu voters who, despite not subscribing to the communal agenda of the RSS during 2014, voted for Modi.

Despite winning 31% of the total votes cast in 2014, Modi and the BJP won a thundering majority in the lower house due to the peculiar parliamentary political setup of the country. They know, even this year, if they can manage to win at least 30-35% of the votes and the opposition votes can be split by proxy and decoy candidates, nothing can stop them from forming a majority government. The major challenge before Modi’s reelection isn’t his communal credentials or the aggrandisement of the Hindutva fascist terrorists during the last five years, rather it’s the economic catastrophe that came out as a result of gross economic misconduct and massive scams during this period.

As Rahul Gandhi has hyped Modi’s corruptions and economic mismanagement as the core election issue, it has become impossible for the prime minister to walk the tightrope of electoral battle with aplomb. The Congress president’s klaxon blowing using the catchy phrase “Chowkidar Chor Hain” caused immense ignominy to the Modi regime, as it pulverised the obstinate attempts by the BJP to project the prime minister and the government as a unique, honest and revolutionary thing to have happened to India.

It’s to turn the tide against the Congress through the usage of the BJP’s IT Cell, influencer marketing and the millions of cohorts who eulogise Modi out of their shared hatred for Muslims, Christians and love for comprador-crony capitalism and Brahminical feudalism, that the BJP’s campaign managers tried to share the “chowkidar” tag with some positive package after it lost its credibility following the escape of big crony and comprador capitalists who stole money from public sector banks, the gargantuan Rafale Jet scam, the selling of national resources to big foreign corporations and their Indian comprador allies, etc. Thus, the killer irony — #MainBhiChowkidar — came to haunt the Indians with the byline that said pun not intended.

One of the reasons that the BJP isn’t finding it quite wise to use these three perceived gains as its trump card during the Lok Sabha election is the massive discontent that’s caused by the rising unemployment, falling economic indexes and a very distressful condition of current accounts. The middle class consists of a large number of upper-caste Hindus and despite the majority of them sharing Islamophobia and jingoistic outlook of the Sangh Parivar, they are mostly concerned about the economic condition of the country, GDP growth and employment scenario. The four decade-high unemployment graph has triggered panic among the majority of youth and thereby creating a negative perception regarding the Modi regime.

Fearing the reprisal of the middle class voters, who shape the election results as a large number of poor votes are distributed and are not even cast, the Modi regime has been taking a lot of steps lately to woo this section of the population where its core support base is situated after the rich and the super-rich. The constitutional amendment to provide 10% reservation to upper-caste Hindu candidates in government jobs, the decision to reduce GST on products and services that are consumed by the middle class, the story of Balakote airstrike, the jingoistic fervour over Pakistan, etc, are taken with the sole aim of seducing this gullible middle class.

As the middle class voters are now reiterating “Chowkidar Chor Hain” following the Congress party’s success in popularising the slogan, Modi is trying to win them by idolising himself as a crusader against corruption, while sharing the title of “chowkidar” with the common people so that the Congress party’s catchy line can be termed as an attack against the common people. The perception created over the virality of this campaign by sharing the social media statistics, which is hyped by the participation of the IT Cell members and BJP’s stooges, will be used by Modi and his sycophants to assert their numerical superiority to the middle class, whose members are the last rank of the socio-economic hierarchy that consumes the largest chunk of data in India.

Now that Modi is trying to make everyone a partner-in-crime by using his social media team to build up a viral campaign with the stigmatised “chowkidar” label, it’s a sign that he wants to destigmatise himself and he is frantically attempting to counter the anti-development, corrupt and catastrophic image of his built in the public mindscape of India’s middle class. This attempt by the #MainBhiChowkidar campaign to restore his image as a crusader against corruption, as a man with a clean conscience is not only a mockery of the irony that it’s, rather it’s a mockery of the voters’ intellect as well. With this campaign, both Modi and his brand consultants are trying to imply that they correctly consider the Indian middle class as the most gullible class in India.

Let India reiterate to Modi, the hatemonger, warmonger, Hindutva fascist rabble-rouser, mass murderer and misogynist prime minister, that even though the communal hatred, Islamophobia and Brahminical supremacy are legitimised and normalised as mainstream by the BJP in several places, the conscience of the majority of the people — the toiling masses, the workers and peasants — didn’t bid a goodbye yet. Their struggle for socio-economic justice and equality, their fight for communal unity and people’s united front against the anti-people and anti-national Modi regime will surely uproot the Modi regime even if it manages to wrest control of New Delhi through its election malpractices and hacking of gullible middle class minds.

The truth will continue to echo despite Modi’s #MainBhiChowkidaar campaign and it will keep telling the world that not only #ChowkidarChorHain but also that he is a mass murderer and an unapologetic Hindutva fascist who wants to do away with democracy, constitutional rule and secularism to establish a Hindutva fascist tyrannical hegemony in India following the Brahminical doctrine of the RSS. Let the truth prevail in this massive struggle between the camps of reaction and progress, as truth is always invincible.