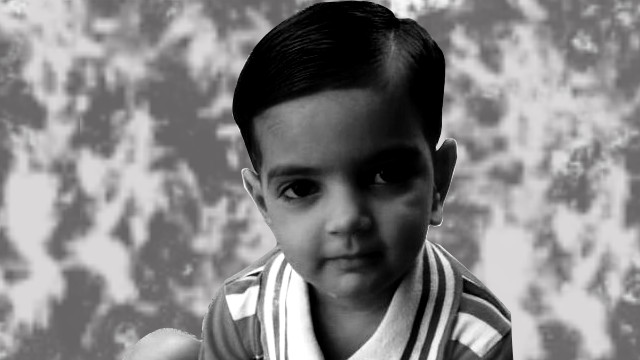 The brutal murder of Twinkle, a two-year-old girl from Tappal, Aligarh, western Uttar Pradesh, by two Muslim youth, has provided an opportunity to the Hindutva fascist camp to spread anti-Muslim vitriol to enrage and spark a pogrom in the volatile region with a track record of communal conflagrations. The Bharatiya Janata Party (BJP), which rules Uttar Pradesh and the centre, has been taking advantage of the communal vitriol to rally the backward caste Hindus and Dalits under its banner, following the collapse of the Mahagathbandhan — the alliance between the Bahujan Samaj Party (BSP) and the Samajwadi Party (SP) — which had some major influence in the region.

Local BJP MP Satish Gautam, the BJP’s notorious Hindutva rabble-rouser Shakuntala Bharti, and the Hindu Mahasabha’s notorious Pooja Shakun Pandey have joined the fray to promote communal enmity using this incident. Their effort has received immense support from the entire Hindutva fascist industry and its digital ecosystem. A conscious attempt is made to equate the incident with the gruesome gangrape and murder of eight-year-old Asifa Bano in Jammu & Kashmir’s Kathua region and whitewash the crime of the Hindutva fanatics who were involved in it.

Through a massive digital campaign, the Rashtriya Swayamsevak Sangh (RSS) and its accomplices are trying to depict the macabre nature of the crime as a communal one. As the victim was a Hindu and the culprits, Zahid and Aslam, are Muslims, therefore, the Hindutva fascists got a golden chance to forcefully draw an analogy with the Kathua gangrape and murder case. Concealing the nuances, the background of both crimes and the intention of the accused, the RSS and the BJP are trying to raise an anti-Muslim temperament among the Hindus in the Aligarh region and other parts of volatile western Uttar Pradesh.

A large number of upper-caste Hindus in this region is already radicalised and polarised under the saffron banner of Hindutva fascism, as the results of the Lok Sabha election exhibits. Now, the major focus of the Hindutva fascist camp is to get the rest of the Dalits and backward caste Hindus into its fold from the BSP and the SP.

From the notorious Hindutva fascist rabble-rousers like Shefali Vaidya, Anupam Kher to the Hindutva hate monger opinion platforms like OpIndia, etc, are spreading incessant lies and malicious propaganda to intensify communal hatred. Firstly, their attack is targeted not at the criminals, but at the secular and democratic force, secondly, they have been targeting the entire Muslim community for the crime, and thirdly, they are misguiding the people regarding the crime itself.

Zahid and Aslam are two criminals who murdered Twinkle due to a property dispute with her father. Fact-checking website AltNews, following up with the tweets and the statements of the Aligarh Police officials, confirmed that the post mortem report has neither indicated rape nor gouging out of eyes, as the Hindutva fascist fanatics, the lackeys and crumb-pickers of Prime Minister Narendra Modi’s regime, are claiming on different social media platforms. However, in the era when twisted facts can get more votes and support to rabble-rousers like Modi or the Uttar Pradesh Chief Minister Yogi Adityanath, then it’s unlikely that the bush telegraph, especially spread using WhatsApp forwards, can be thwarted with facts. The rigged upper-caste Hindu mind in western Uttar Pradesh is keen to see what’s shown by the RSS and the struggle for truth gets bitter, murkier and tougher.

Still, for those who want to know why the gruesome murder of Twinkle, a very inhuman and ghastly act, can’t be compared with the abhorrent murder and gangrape of Asifa Bano of Kathua, we can list the following reasons:

The case of identity vs case of enmity:

Asifa Bano was kidnapped and locked in a temple of her village and then gang-raped, sodomised and murdered by a gang of Hindutva fanatics because they wanted to frighten and evict the Muslim tribal Gujjars, the community to which the victim belonged, out of their village due to their identity. Islamophobia was the driving cause behind this hatred and crime. Asifa Bano was singled out only because of her identity and not due to any personal enmity between her parents and the criminals.

While in Aligarh’s Tappal, Twinkle wasn’t killed because Zahid and Aslam wanted to evict Hindus from the region. They literally can’t evict the majority community! These criminals killed Twinkle because she was a soft target for them in a bitter enmity with her family members. The innocent child had to suffer and die a horrific death just due to the strife over property between her family and that of the criminals’.

The political support for the accused

In the case of Asifa Bano, a political polarisation drive was carried out by the BJP in favour of the accused through an outfit called Hindu Ekta Manch. The Hindutva fanatics of Kathua rallied with the national flag in support of the accused. The entire region saw a religious polarisation over the accusation of the gangrape and murder of Asifa Bano. The local Hindu community was instigated to rampage in support of the accused. The BJP’s support and the RSS’s participation in mobilising Hindus were clearly visible.

While if we look at Tappal, neither the Muslim community of Aligarh nor any political party stood with the accused. No one took out rallies supporting the accused holding the national flag. No one called the accused innocent or asked for their release. Even though the Hindutva fascist aggression on the lives and livelihood of the Muslims is clearly visible in Uttar Pradesh, the community isn’t calling the arrest of Zahid and Aslam any conspiracy to defame the community. No one is crying foul on social media and Muslims are not trolling anyone who is asking for severe punishment for the accused.

Though it’s a contemptible act to compare two crimes or do whataboutery using incidents of crime against children, yet, the stooping of the RSS-led Hindutva camp, as visible in its horrendous act of inciting communalism by using gruesome crimes against children to score political brownies, can’t be ignored. The free and independent press, the democratic and progressive forces, and the common people must come together to oppose this notorious act of deriving political mileage from children’s corpses. The RSS, the BJP and the entire Hindutva fascist fraternity’s conspiracy to flare up communal tension in Aligarh and elsewhere must be exposed, opposed and resisted strongly by the forces of democracy and progress without any leniency. The future looks gloomy, yet, it’s the task of the progressive forces to kindle the flame of hope amid the darkness, they shouldn’t fail to fulfil their historic duty.