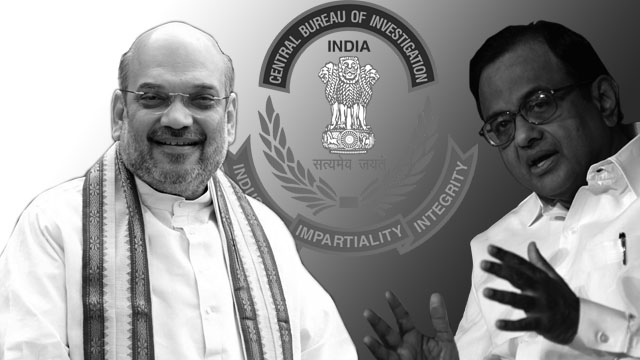 The arrest of former Union home and finance minister P Chidambaram by the Central Bureau of Investigation (CBI) opened a new battlefront between the beleaguered Congress party and the ruling Bharatiya Janata Party (BJP). Chidambaram was arrested from New Delhi following a series of rumours that asserted that he went underground to evade arrest after the Delhi High Court rejected his plea for an anticipatory bail in the INX Media scam. While arresting Chidambaram, who came to the Congress party’s headquarters to show the media that he didn’t go underground and was not evading arrest, the CBI also staged a high-voltage drama at his residence, where its men were found scaling the walls, to create the optics that would support the BJP’s narrative of fighting against Congress party’s corrupt leaders.

Though the Supreme Court granted Chidambaram a relief in another corruption case investigated by the Enforcement Directorate, it didn’t give any relief in the CBI enquiry into the INX Media scam. This means, until Monday, 26 August, Chidambaram will remain in the CBI’s custody, an agency that he commanded once. Murder-accused Indrani Mukherjea, the estranged wife of former Star TV owner Peter Mukherjea, alleged that Chidambaram played a key role in the scam. The CBI is investigating the high-profile case as Home Minister Amit Shah is keen to nail down Chidambaram to cause severe ignominy to the Congress party.

This arrest by the CBI and Chidambaram’s bail rejection is showcased as an instance of Prime Minister Narendra Modi’s crusade against the powerful and mighty Congress leaders, who, according to his demagogy, are the power pillars of Lutyen’s Delhi. The optics of the arrest gave Modi and the BJP an opportunity to show fighting against the Congress party’s corruption as the ostensible goal of the government, while actually, it helped the BJP to distract the people’s attention from a severe economic crisis that’s aggravating the unemployment crisis and pushing the country to the brink of total chaos and anarchy.

Though the Congress party is playing the victim card and claiming that Chidambaram’s arrest is a part of Modi’s vendetta drive to discomfort the opposition, a man like Chidambaram will be able to garner very less support from the people. Chidambaram epitomises how political power used to promote crony capitalism can fuel someone’s unbridled rise on one hand, and also, on the other hand, with the change of power alignment, can hasten their crash as well.

Chidambaram’s political rise is closely connected with his ties with big mining corporations like Vedanta, and his friendly relationship with big crony-comprador capitalists like the Tatas, Ambani brothers and Gautam Adani, who are now Modi’s patrons. During his tenure as the finance minister, Chidambaram modified rules to help the big mining corporations and comprador capitalists profiteer at the cost of the public exchequer. If anything he should be prosecuted for now, then it must be his obnoxious role in promoting the interests of the mining corporations in India and for the war waged by him against the indigenous tribal people.

During his tenure as the home minister, during the Congress party-led United Progressive Alliance II (UPA II) regime’s tyrannical rule, Chidambaram was designated as the “CEO of the war against the tribal people” of eastern and central India by famous writer Arundhati Roy. He unapologetically sent thousands of paramilitary forces to Chhattisgarh, Jharkhand, Odisha and West Bengal to carry out unprecedented atrocities against the tribal people fighting a resistance battle against corporate aggression on their land, water, forests and resources. The “Operation Green Hunt”, as the notorious exercise was christened unofficially, unleashed a reign of terror on the tribal people, evicting them forcefully from their villages and forests by the Indian state. Working as the mercenaries of the big corporate houses like Vedanta, Posco, Essar, Tata, Adani, etc, Chidambaram’s forces left no stones unturned to prove their loyalty towards big capital.

If Chidambaram had asked to continue as a home minister even after the Modi regime was formed in 2014, then the BJP would have readily obliged given the fact that he was the man who found their excessive support during his tenure. There was an ideological unity between what Chidambaram said on India’s democratic movements and how the BJP perceived them during its opposition days. Though he jailed Shah for a while in the Gujarat fake encounter case to project a secular image of the Congress party, much of his tenure went on to combat the leftwing forces resisting the unbridled loot of the country’s economic and natural resources by big corporates. Under Chidambaram, Kashmir saw a macabre bloodbath of civilians and a new lease of state terror against the people; under him, the democratic forces faced a series of attack from the Indian state whenever they raised their voice against injustice, exploitation and corporate loot.

If Shah and his sycophants like flop semi-porn filmmaker Vivek Agnihotri are now credited for running a slur campaign against the leftwing opposition using their demagogy, then the actual credit for unleashing a barrage of deceitful slurs against the leftwing and democratic opposition and activists must go to Chidambaram, who behaved in a “holier than thou” approach whenever it came to display his version of fascism. The UAPA and the NIA amendments that Shah brought in the parliament recently are also the inalienable part of Chidambaram’s plan to turn the country into a police state to do away with dissent and critical thinking. Modi and Shah are Chidambaram’s saffron extension in the present scenario.

It’s not possible for the Indian state to prosecute Chidambaram for the war crimes committed against the poor tribal people by his forces at the behest of big mining corporations that are now filling the coffers of the BJP. It’s quite an irony that while Chidambaram allowed the BJP and its ideological mentor, the Rashtriya Swayamsevak Sangh (RSS), to grow manifold as an antidote of leftwing opposition, he himself became a victim of their anti-democratic crusade when the winds changed course. Now Chidambaram faces the very music of state’s vendetta, which he once used against the left and democratic forces.

If former prime minister late Atal Bihari Vajpayee, who happened to be a staunch and loyal cadre of the RSS, is often lauded by the liberals as the “right man in the wrong party”, then the Tamil Brahmin and bigot Chidambaram must be lauded by the Hindutva fascists as “our man in their party” and hailed, not despised. Yet, Karma is a bitch! There is no permanent immunity for anyone as the wheel of politics takes a turn. With Modi at the pinnacle, Chidambaram in jail, the new narrative in the Modi-fied new India is that the man who oversaw genocide of tribals, gangrapes, imprisonment of innocents and forcible eviction of millions from their land, forests and water, is now turned into a liberal martyr by the very Hindutva fascist regime, which is carrying forward his legacy. The irony is stabbing itself numerous times.