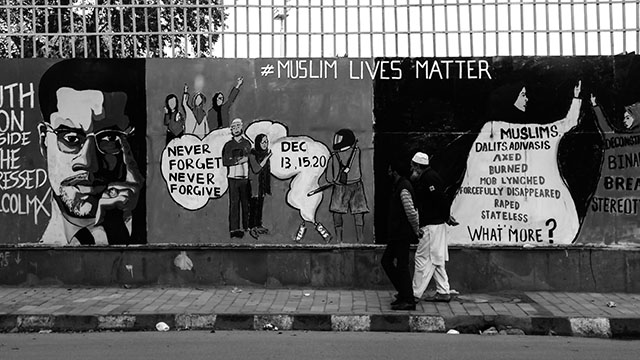 Islamophobic propaganda through vitriolic bush telegraphs and systematic demonisation of the Indian Muslim community will remain Prime Minister Narendra Modi’s and the ruling Bharatiya Janata Party’s (BJP’s) modus operandi to distract the people’s attention from the government’s total failure in containing the Coronavirus (COVID-19) outbreak. This strategy prevents a large number of people from questioning the Modi regime for its reluctance in providing proper relief and support to the semi-starving migrant workers, who are rendered jobless and homeless due to the unplanned lockdown. Through Islamophobic propaganda over COVID-19 outbreak, the people’s focus is very carefully fixed on the Hindu-Muslim binary, leaving important questions unanswered.

Modi and the BJP are also able to use the Islamophobic Tablighi Jamaat narrative to bamboozle the common people, without letting them find out that thousands of doctors and nurses are left without any personal protection equipment (PPE) while treating COVID-19 patients. That despite the World Health Organization (WHO) recommending adequate tests as the only way to contain the spread of COVID-19, so far India, with a population of 1.3 billion people, could only test 186,906 samples until April 12th 2020 out of which 4.3% have been found positive.

While the testing capacity needs augmenting according to WHO, collectively the government and private laboratories could only test 15,747 samples on an average daily between April 7th to April 12th. The vilification of Tablighi Jamaat didn’t let the people question the lack of PPE or adequate testing. Moreover, it wasn’t also asked why the Modi regime capitulated to the bullying of Donald Trump and gave hydroxychloroquine tablets to the US overlooking shortage at home?

In a nutshell, Islamophobic propaganda over COVID-19 outbreak has created several subterfuges to keep the people’s minds diverted. But then, the Tablighi Jamaat story lost efficacy, after being vigorously used, especially after the US home department’s religious freedom body’s chief reprimanded the Modi regime, albeit in a layered manner, to stop Islamophobic propaganda over COVID-19 outbreak in India. This forced the BJP to change its track and its leader JP Nadda issued a warning to the cadre, asking them to desist from bashing the Muslim community for the pandemic’s unhindered blistering in India. But that didn’t stop the Hindutva fascists from diverting the people’s attention towards other issues that peddle Islamophobia equally.

When the lockdown wreaked havoc on the common people, especially millions of migrant workers, farmers, landless peasants, small traders and various sections of the toiled masses, rather than providing them with relief, the Modi regime focused on crushing any Muslim voice that is deemed as a threat to its hegemony. Driven by sheer vengeance, the Modi regime’s Delhi Police — that directly reports to Modi’s second-in-command Amit Shah — filed a bogus case against former Jawaharlal Nehru University’s Ambedkarite student activist Umar Khalid and Rashtriya Janata Dal (RJD) leader Meeran Haider, a PhD student of Jamia Millia Islamia, for instigating the Delhi anti-Muslim pogrom in late February. Haider was arrested on April 2nd on false charges.

Though so far the cacophony over the Tablighi Jamaat story and Islamophobic propaganda over COVID-19 outbreak paid a rich dividend, the BJP, exploiting the lack of political opposition on the ground and due to the disarrayed condition of the opposition, has now unleashed state terror against Muslims again, after a brief lull, to appease the blood lust of its core voters. Not only the Delhi Police has gone after mainstream right-wing Muslim politicians like Haider and Zargar, who are staunchly pro-establishment, but random Muslim youth are also arrested from the relief camps on rioting charges. As under the garb of fighting COVID-19 outbreak, the Modi regime has strengthened and mainstreamed the surveillance state, it will use new methods and new narratives to turn the spearhead against the Muslims and not leave any chance to demonise and instigate mob violence against them. Thus, it becomes extremely imperative to tell the non-Muslim poor that these all activities are Modi’s frantic attempts to deceive them and prevent them from seeing the dismal condition of India’s fight against COVID-19 outbreak, which now threatens their lives as well.