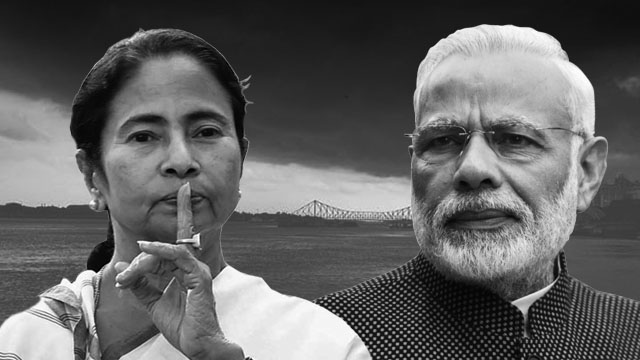 Prime Minister Narendra Modi will visit West Bengal on Friday, May 22nd to assess the damage caused by the Amphan super-cyclone on Wednesday, May 20th 2020. This will be Modi’s first visit to a state during the ongoing Coronavirus lockdown. Also, Modi will be, as per reports, taking part in joint copter surveillance with Chief Minister Mamata Banerjee to take stock of the situation. It’s expected that he will announce an Amphan relief package for West Bengal, and Odisha – another state that suffered severely – eyeing the 2021 West Bengal Assembly election and he will try to consolidate his Bharatiya Janata Party’s (BJP’s) goodwill in the affected districts like North 24 Parganas, South 24 Parganas and Purba Medinipur, where it has a strong mass base and has done extensive communal polarisation. For Banerjee, this disaster is a severe challenge to her political career, as she is seeing history repeat itself after 11 years.

During her tenure as a Union minister in May 2009, when her arch-rival CPI(M)-led Left Front was ruling West Bengal, Banerjee vehemently opposed providing any aid to the state government when the cyclone Alia ravaged the state. She asked the Union government, then under the Congress party – which is now, ironically, an ally of the CPI(M) in West Bengal – to not provide any relief to the Left government as she feared the money will reach the ruling party’s coffer than the people in distress. Now, after ruling the state for 10 years and demolishing the last relics of the sham democracy that survived even the parliamentary left’s 34-year-long sclerotic rule, Banerjee is fearing that the BJP, which rose meteorically in the state riding on her incompetence and the fast-growing communal fissures, will block her efforts in getting access to Modi’s Amphan relief package.

For Modi, whose government has earlier played cheap politics over Banerjee’s government’s dealing with the Coronavirus outbreak and lockdown, it’s a golden opportunity to do PR ops during a humanitarian crisis. Modi will make big announcements on Friday, or after returning to Delhi, but nothing will eventually reach the state’s account to provide real support to the people in distress. The Amphan relief package will remain a euphoria and Banerjee will keep lamenting, while Modi will utilise the state’s crisis to blame it on Banerjee’s incompetence and corruption. His Hindutva fascist regime will market itself as a government that cares for the poor.

Along with this, the notorious workers and leaders of Banerjee’s Trinamool Congress (TMC) will also resort to looting the funds and materials of Amphan relief package, leaving the aggrieved people to fend for themselves. This will entrap Banerjee in a web from which she won’t be able to free herself and has to pay a huge price in the 2021 West Bengal Assembly election. Under any circumstances, Modi and the BJP will score a brownie using the Amphan relief package as a bait dangled before the people. Unless the political course is corrected, the TMC will be shooed by the people, including its loyal voters, as there will be a reign of unrestrained loot of the relief fund by the party’s leaders in the affected areas.

Moreover, the relief-related corruption by the TMC leaders will also bolster the BJP’s campaign against Banerjee’s rule, and overshadow her efforts to manage the scenario by putting up showbiz in the control room at the state secretariat on Wednesday. The BJP will also get the support of its secret allies, the CPI(M) and the state’s Congress party, and the agony of the masses will create valuable assets for the party. Modi, the man who seeks the right opportunity to hammer the right nail, will be able to mum Banerjee, as he is ruling the country according to the Disaster Management Act, 2005, which gives him unconditional power and unchallengeable supremacy. This will ensure that the political battle is half won by the weekend itself.

No relief package can be adequate for the victims to recover from the shock in a short period. If only the Amphan relief package reaches the actual victims, which seems bleak now due to the TMC’s similar roles in the past and the BJP’s incessant Islamophobic vilification of Muslim victims, it will take at least a year for things to return to the crisis-ridden Coronavirus stage. But in return of the package, Modi will derive maximum political mileage and hasten Banerjee’s ignominious collapse. This political whirlwind is inevitable in West Bengal after nature’s own Amphan super-cyclone has ravaged it.