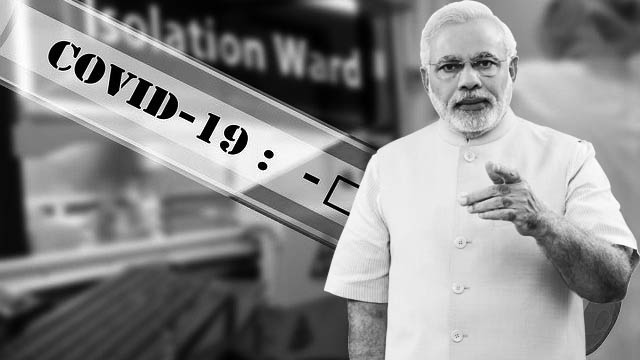 Recent incidents during the nationwide lockdown are ringing a vexing and eerie alarm regarding Prime Minister Narendra Modi’s long-term objectives. Two particular things – the formation of the Prime Minister’s Citizen Assistance and Relief in Emergency Situations Fund (PM CARES Fund) and the rolling out of the Aarogya Setu – pose a serious threat to the last vestiges of democracy and freedom in the country. The PMCARES Fund and the Aarogya Setu app are two weapons of the Modi regime to consolidate its rule when civil rights stand dismissed, and a virtual emergency is enforced.

Since Modi announced the PMCARES Fund on March 28 2020, the suspicious fund, run by a trust manned by the ruling Bharatiya Janata Party (BJP) leaders-cum-ministers, has come under several questions. Most of the opposition politicians questioned the logic behind the creation of the PMCARES fund, but Modi and the BJP leadership shrugged off the criticisms and are amassing immense unaccounted wealth. By tweaking rules, the Modi regime has made any donation made by corporate houses to the PMCARES Fund come under the Corporate Social Responsibility (CSR) initiative, which became a lucrative bait to induce corporate donations.

Ironically, the chief minister’s funds of the states, especially those ruled by the opposition, didn’t get any such benefit. Donations to the chief minister’s fund of any state won’t be counted as a CSR initiative. Plus, as a tax saver under 80(G) of Income Tax Act, the PMCARES Fund attracted Modi’s core support base consisting of traders, elite white-collar employees and stockbrokers to whiten their black money. Demonetisation, anyone?

While Modi has been asking people for donations to help the poor people and to fight the COVID-19 menace, it was found that the massive amount that came into the PMCARES Fund wasn’t spent for the migrant labourers or frontline healthcare workers. While Modi could arrange free plane rides for Indian elites and upper-middle class people stranded in foreign countries, his regime ordered the states to charge the migrant labourers who have taken the “Shramik Special” trains run by the government to ferry them back to their home states, a fare that’s levied with excessive surcharges and taxes! So much concern for the poor.

The frontline healthcare workers, for whom Modi have been making people clap, clang utensils, lit lamps or shower petals using choppers, aren’t getting personal protection equipment (PPE) and ventilators to combat the COVID-19 menace. The government is rather ordering used ventilators for the poor and lower-income group patients. Questioning the government’s intention is leading to arrests. Why no PPEs or ventilators are arranged using the money in the PMCARES Fund? No one is willing to answer that question. No one will also answer where would this money go and how Modi and the BJP will benefit from it.

Dismissing all criticisms of government surveillance on common people and by violating constitutional norms – taking advantage of the National Disaster Management Act, 2005, under which Modi has got unchallengeable hegemony, citing the pandemic as a natural disaster – the Modi regime has made the installation of the Aarogya Setu app mandatory for all government and private sector employees. Though the BJP leaders have said that this is to ensure people don’t come near a COVID-19 positive patient, the opposition has called out it as a bluff and accused the Modi regime of normalising the surveillance state.

The questions on the Aarogya Setu app’s threat to user privacy aren’t answered. Though the Modi regime and the mainstream press are always ahead accusing Chinese phones and meeting apps like Zoom of stealing data, they cover-up allegations against the Aarogya Rath app. Why is the Aarogya Setu app, whose data is collected, managed and processed by a private entity, mandatory for all government and private employees? Is the mobile phone of a citizen their belonging or the government’s? Why would anyone install or uninstall an app as per the government’s whimsical fancy?

In India, concerns over privacy and data security are always low, though a McKinsey report says nearly 650 to 700m people will own a smartphone by 2023. In such a context, it’s a data seller’s goldmine if they can get into the phones of such unaware and nonchalant users. No wonder, much before the Aarogya Setu app installation was made mandatory, BJP’s big-ticket donor Mukesh Ambani’s JIO, which provides mobile internet service and is known for breaching the privacy of the users, collaborated with Facebook Inc, one of the largest data collectors of the world, which bought 10% stake in the company. The usage of the Aarogya Setu app, which is made mandatory by the government, unlike the NaMo app launched by the narcissist prime minister years ago, will lure many data collectors and miners, and it will breach the common people’s privacy.

Modi isn’t alone with things like PMCARES Fund and Aarogya Setu app. Most of the right-wing rulers around the world are using this pandemic to dismiss civil liberties and build a super-surveillance and police state to curb dissent. The fear psychosis and social antagonism fuelled by the pandemic, along with the communal polarisation of the majority Hindu community done so far by the BJP, will continue to help the Modi regime in ensuring that no cohesive factor exists that can unite the people against its tyrannical rule and violation of human rights. What Modi and his Hindutva fascist lackeys, who are now promoting PMCARES Fund and Aarogya Setu app with extreme vigour and vitality, have overlooked is that neither the political situation nor the people’s alignment remains static in the dynamic course of life. The equation they are considering as a status quo today will be the agent of extreme volatility tomorrow, which will unstable their sclerotic regime and initiate its downfall. That’s how history functions.