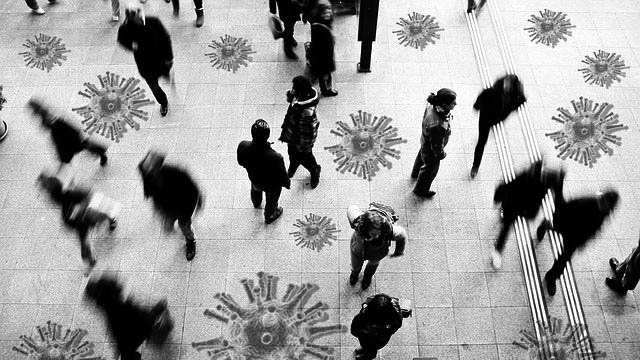 While Prime Minister Narendra Modi’s government is pushing the “unlock” drive with extreme zeal after a 10-week-long lockdown in India to curb the Coronavirus (COVID-19) pandemic, experts have warned regarding rising infections. The spike in COVID-19 infections at the time of the “unlock” operation is raising serious questions over Modi’s much-hyped lockdown drive’s success.

At the time of writing this article, when major cities like Delhi, Mumbai, Kolkata, Chennai and Bengaluru are opening up, the total number of COVID-19 positive cases in India stands at 273,443, out of which 133,439 people have recovered, while 7,558 have died. There are 132,446 people are still infected, which is 235 times the number of infections at the beginning of the COVID-19.

Despite this hike in numbers, the Modi regime is unapologetically opening malls, marketplaces, establishments and even religious places since June 8th. Though it’s evident that Modi’s lockdown in India failed to flatten the COVID-19 curve — its declared objective — the government has shifted the goalpost multiple times to save itself from public ignominy.

Unofficially, the Modi regime and its sycophants are advocating the unscientific “herd immunity” policy adopted by the US and the UK, to justify its “unlock” plan. The “herd immunity” strategy is a fatal one that aims to sacrifice a significant portion of the population to save others. It’s the most inhuman strategy one can think of, but then, with its fascistic agenda and extreme belief in eugenics, the Modi regime and its officials will not deter from imposing this policy on the country.

So far, the Modi regime’s officials never bothered to inform the people about the facts; rather, to appease Modi and his coterie, officials have been eulogising the controversial lockdown decision like they defended the notorious demonetisation drive in 2016. To please his bosses, government think-tank NITI Aayog member VK Paul claimed in April that Modi’s lockdown in India will end COVID-19 infections from mid-May 2020. As his claim fell on the face, Paul took refuge of the cliché that the press misquoted him.

Modi’s sycophants and his die-hard fans, from the upper-caste Hindu elites and urban middle-class sections, clanged utensils in their balconies, lit candles and organised “go back Corona” rallies to celebrate “Modi’s masterstroke”, ie, the lockdown, against the COVID-19 pandemic. They marketed the lockdown for the first few weeks as a perfect antidote with a sheer cacophony of obeisance, but soon they realised the futility of the plan, which the prime minister himself disowned and abhorred. Since then, gradually, they also started blowing the klaxon of “herd immunity” ignoring the warnings issued by the scientists.

These classes and sycophants switched their tone, as per Modi’s whims, to emphasise on restoring production and pushing the poor to toil for the rich. They began allaying the fears of COVID-19 infection while maintaining a safe distance from each other and spending an enormous amount of money on personal hygiene, which is a luxury for the poor.

By featuring multi-billionaire film actor Akshay Kumar — a Modi stooge who won’t be affected by poverty or inflation due to his immense wealth — as a poor worker returning to work in an ad film, the Modi regime is shamelessly wooing the working class, living in a perpetual semi-starving and semi-pauperised condition, to sell labour for a cheaper price, citing the COVID-19 pandemic as the reason, to enrich big corporate houses. If people are encouraged to go out in such a situation when the pandemic is spreading like a wildfire, how’d the government tackle an imminent increase in cases?

There is no public healthcare infrastructure to handle millions of pandemic victims throughout India and the poor and the marginalised people will remain at the receiving end of the discriminatory practices of India’s bigoted medical system under the Modi regime, which has been unapologetically spewing communal venom even during the pandemic.

The poor will be hard-hit by this arbitrary “unlock”, just like the unplanned lockdown in India didn’t serve the purpose at all. What’s needed is a fast-track overhauling of the public healthcare system, testing infrastructure and capacity, patient tracking and treating capacities, etc. Until that’s built, pushing people out or locking them forcefully inside their houses will eventually create a catastrophe, as the hungry, deprived and sick poor won’t spare those who have rendered them helpless.