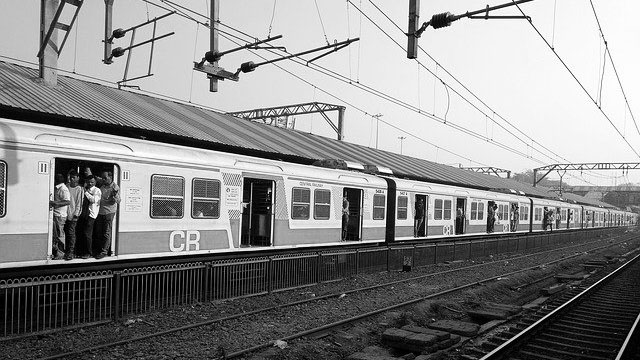 When the online classified company OLX launched its business in India, its tagline was “Bech de” (sell it off). No one thought that the tag line will be usurped by the government one day. With the initiative of selling all public assets and national resources to big foreign and Indian corporate houses, Prime Minister Narendra Modi has proved that his dispensation is honestly using the OLX tagline to exemplify its principal intention. Under the garb of fighting COVID-19, the ruling Bharatiya Janata Party (BJP) is selling India to bidders. The latest public asset on offer to big corporates is the Indian Railways, which boasts of one of the largest networks in the world. Privatisation of Indian Railways is not just the selling of another public asset at a throwaway price to corporate houses––domestic and foreign––that patronise the BJP and Modi, but a major blow to India’s sovereignty as well.

Railway Minister Piyush Goyal has invited Request for Qualifications (RFQs) from corporate houses for the Rs 300 billion mega private trains project. As per a Financial Express report, 109 routes are earmarked for the private railways project and most of the profitable routes of the Indian Railways will be opened for private corporations. The routes are divided into 12 clusters by the railways. As the profitable routes have hitherto funded the running of trains in the non-profitable routes, it’s unclear how the Indian Railways will manage to run trains on those routes as its revenue will fall steeply. This will have immense economic repercussions as it will hinder the movement of people and goods from one place to another.

On July 6th, the Indian Railways also opened RFQs process to start the bidding process for privatisation of Mumbai’s iconic local train. This will be the first suburban train network opened for public-private partnership (PPP) model. Earlier, the PPP model was used for containers and freight train services in a limited capacity. This sudden move to run suburban trains on the PPP model is a sign of the Modi regime’s desperation to privatise Indian Railways. If the Mumbai suburban railway network is transferred to a PPP setup, then this move will make travelling on these trains a costlier affair for the common people, especially the working class and the urban poor. The rich don’t rely on the local trains, it’s the poor and the lower-middle class––ironically, filled with Modi supporters––who will suffer the most.

It was, ironically, Goyal, who asserted in the Parliament on March 17th, a few days before the nationwide lockdown was announced by Modi, that the government has no plans for the privatisation of Indian Railways. He then also proposed an investment of Rs 50 trillion over a period of 12 years in railways. But soon after Finance Minister Nirmala Sitharaman presented her fifth tranche of announcements related to Modi’s much-hyped “Atmanirbhar Bharat” (self-reliant India) project, where she proposed a reign of unbridled privatisation and liberalisation to help realise the “bech de” mission of Modi, Goyal began his drive to privatise the Indian Railways. Sitharaman had announced that there will be no sector where the private sector will not be present and even the public sector enterprises will be merged if there are more than four in a sector.

“No private company would be interested to operate trains on uneconomic routes. So high demanding routes have been earmarked for private trains. The revenue earned from the highly demanding routes helps railways to operate passenger trains in uneconomic routes. Now additional earnings through suvidha and other premier trains will go to private players thereby forcing railways to cancel less patronised trains,” Edward Jeni, secretary, Kanniyakumari District Railway Users’ Association, was quoted by The New Indian Express. Alike Jeni’s, members of many other daily passengers’ associations are fearing that the privatisation of Indian railways will end any scope for cheap travel for the marginalised and economically weaker sections.

If the fares are hiked for all categories, which didn’t happen in a decade, then it will impose an extra burden on the people, whose finances are already affected due to the acute economic crisis. At a time when the government must increase public spending and use the public sector to drive economic growth and provide employment to the people, it’s on a selling spree, doing exactly the opposite of what it should do. All assets that were created using the hard-earned money of India’s working class, is now given away at a throwaway price to big corporate houses that are liberally donating to the BJP.

While advocates of privatisation will vouch for the “bech de” campaign of the Modi regime, they will ignore and overlook the facts that show India’s public sector enterprises outperforming their private-sector competitors in most of the crucial industries. The present crisis of capitalism has revealed the vulnerability of the private sector and its inability to become the employment provider for millions. The total collapse of the private sector in automobiles, real estate, telecom, etc, have pierced the myth of its invincibility and robustness. Rather, vis-à-vis a well-managed public sector undertaking, a private-sector enterprise will be more susceptible to collapse and bankruptcy.

If the government wouldn’t have appeased the big crony comprador capitalists, then the public sector could have outperformed the private sector even in non-strategic sectors. The painful experience of privatisation of public resources in the UK has triggered massive public outrage. At a time when India is going with the privatisation of railways, the majority of the British people, 64% according to a survey, want re-nationalisation of the British Railways, while only 19% support privatisation. This shows how hollow are the claims of the Indian advocates of the neo-liberal economy that privatisation will increase efficiency and serve the passengers better.

It’s the Indian Railways workers’ unions and associations that must come in the forefront to fight against this privatisation drive, which will render the majority of railway workers either jobless or force them to work for a meagre pay with no rights. The privatisation of Indian Railways is a serious challenge to the national interest of India and its working people. If the Indian Railways’ workers start their resistance movement, then the working class of all other sectors, including the vulnerable coal mines, electricity, banking, oil and natural gas, construction, public transport, etc, must also build up solidarity struggles to force the government to retreat. The privatisation of Indian Railways isn’t an issue of a particular section of workers but the whole nation and the Modi regime must be defeated by that very people against whom it has declared war. Modi’s plan to put India on OLX and sell it piece by piece shall be doomed if the people’s struggle can gain momentum with the support of the aggrieved workers and peasants.