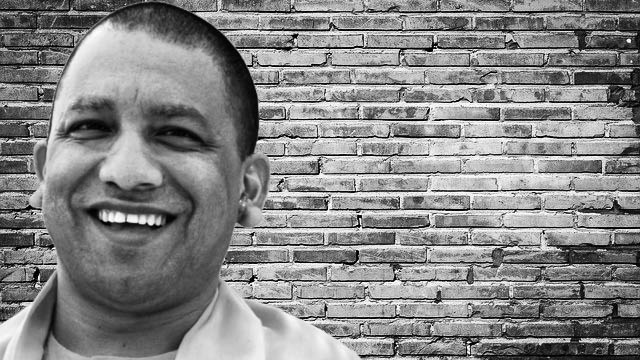 “Development” is the leitmotif used by reactionary forces to justify their actions or to unleash macabre atrocities on their opponents. Panic-stricken due to massive protests over the brutal gangrape and murder of a Dalit teenager in Hathras district, allegedly by men belonging to the upper-caste, feudal landlord class, Uttar Pradesh Chief Minister Yogi Adityanath cautioned the ruling Bharatiya Janata Party (BJP) activists regarding a conspiracy to defame his government. While doing so, he used the “development” cliché to titillate the BJP workers.

“Those who do not like development, they want to incite caste and communal riots in the country and state and want to stop development,” Yogi said while talking about the nationwide protests over the heinous caste supremacy-driven case, which has caused temporary ignominy to the BJP. “Development”, therefore, becomes the saviour of the rabble-rouser fanatic-turned-chief minister at the hour of crisis.

Yogi and the BJP also hired a public relations agency named Concept PR to peddle the lie that the victim wasn’t raped and to spread the conspiracy theory behind the protest meets and police violence. This scenario is deciding the political fate of Yogi, as a successful tiding of this adverse situation will consolidate his claim on the prime minister’s seat after Prime Minister Narendra Modi vacates office in 2024.

Simply following Yogi’s conspiracy theory, the Uttar Pradesh Police, the very institution that forcefully burned the victim’s body in the darkness of the night, filed over 19 first information reports (FIRs) under stringent sections of the Indian Penal Code (IPC). The FIRs allege that there has been an “international conspiracy” to trigger a “caste turmoil” in the state. The infamous “foreign hand”, which former prime minister late Indira Gandhi used to blame for all protest movements against her sclerotic regime, was blamed for instigating “riot” in Uttar Pradesh by Yogi and the BJP, who consider.

A shoddy website, setup anonymously copying and pasting the content of Black Lives Matter movement advisories, including how to dodge the New York Police Department or how to avoid traps by the white supremacists, was blamed by the Uttar Pradesh Police as evidence of foreign interference in the state’s politics. The police’s allegation is infantile, still, that’s used to demean the protests and the movement with sheer impunity. The fanatic Hindutva fascists, through their omnipresent social-media and WhatsApp network, will be easily percolating this information to the grassroots, lending verisimilitude to Yogi’s allegations.

In the Supreme Court, where a bench headed by Chief Justice of India Sharad Bobde, who is considered a man close to the Modi dispensation, called the Hathras case “horrific”, the Yogi regime has submitted its trite affidavit reiterating the conspiracy theory, using the “development” cliché to cover up the BJP’s complicity in the bestiality. The accusation of a concerted effort to derail Yogi’s “development” bandwagon is ridiculous because according to the recently-released National Crime Records Bureau’s (NCRB’s) data, Uttar Pradesh topped among all Indian states in terms of crimes against Dalits in 2019. The state recorded 11,829 total cases of crimes against the 41.36m-strong Dalit community. It’s 25.8% of the pan-India crimes against the Dalit community.

In this scenario when the Yogi regime talk about a conspiracy to demean its “development” juggernaut, then it must be asked what’s exactly this elusive “development”, which is so invisible? Why rape and violence against women, especially Dalits, has become such an intrinsic part of Uttar Pradesh’s quotidian existence? Why would the Opposition face the state’s wrath for mobilising people and carrying out movements when the rumbustious mob of upper-caste men are holding rallies and demonstrations against the arrest of the accused?

Many such questions won’t be answered by the Yogi regime. In the days to come, condition for the perpetrators to go scot-free will be created, some innocents will be jailed over “conspiracy” charges, and the euphoria of a surreal “development” will be sold to consolidate Yogi’s halo of invincibility and titillate his followers. This is the Uttar Pradesh model of obliterating the truth by obfuscating facts. This model will elevate Yogi’s stature in the Hindutva camp and make him the perfect choice for Modi’s replacement in 2024.