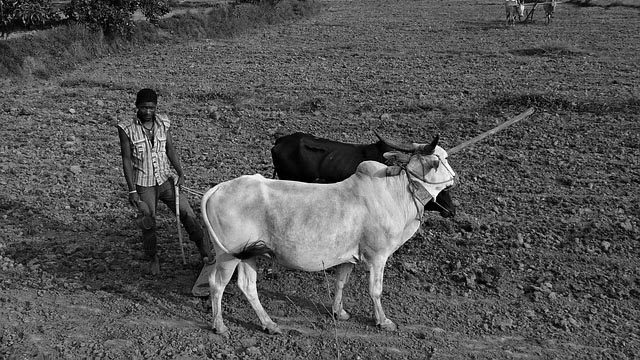 After facing the flak from the farmers’ protest movement against Prime Minister Narendra Modi’s new farm reform laws, the Reliance Industries Limited (RIL) has recently issued a statement to condemn the vandalising of its subsidiary Reliance Jio’s mobile phone towers by protesters in Punjab. While doing so, RIL—owned by Modi’s top-most sponsor Mukesh Ambani—stated that neither it nor any of its subsidiaries has any connection, whatsoever, with the recent farm bills and none of the companies of the petroleum-to-telecom-to-retail conglomerate has any connection with the “contract farming” system. In clarifying its position, the RIL did some sort of faux pas in the three-page-long press statement, which exposed its obvious role behind the controversial laws more prominently than ever.

In the press statement dated January 4th 2021, RIL condemned the attacks on its subsidiary Reliance Jio Infocomm Limited (RJIL) infrastructure saying a petition is to be filed at the Punjab and Haryana High Court to seek “urgent intervention of Government authorities to bring a complete stop to the illegal acts of vandalism by miscreants”. RIL blamed these attacks for endangering “the lives of thousands of its employees” and for causing “damage and disruption to the vital communications infrastructure, sales and service outlet” in the two states.

Though the vandalism is done by the common people angered by Modi’s servility towards Ambani and the latter’s hegemony over all sectors of the Indian economy, the RIL blamed its competitors—ironically only three of them are left in India, the ailing public sector Bharat Sanchar Nigam Limited (BSNL), Bharti Airtel and the newly-formed amalgamated Vodafone-Idea—for the act. Taking pot-shots at its competitors, whose businesses have been ruined due to the aggressive, state-backed pricing model of RJIL, the RIL claimed: “miscreants indulging in vandalism have been instigated and aided by vested interests and our business rivals”. RIL also said, “Taking advantage of the ongoing farmers’ agitation near the national capital, these vested interests have launched an incessant, malicious and motivated vilification campaign against Reliance, which has absolutely no basis in truth.”

If the RIL is sure that any of its three surviving and ailing competitors, or all of them, is instigating the miscreants, then why didn’t it present evidence in the public domain to prove its points and file a case in the police? Can the involvement of the “business rivals” be proved in this scenario? Moreover, who are the “business rivals” of Ambani and, for the matter of fact, of other big Modi sponsors like him? Didn’t RIL’s subsidiaries wipe clean their respective markets of any competition before foraying in them?

Jio is infamous for its obnoxious business practices, thanks to the Modi regime’s support. The Modi regime helped Jio’s growth by slow-poisoning the BSNL by denying it 4G licence. “Unlike the vested interests, Jio has not resorted to any coercive or unlawful measures to win over customers.”, is what ironically the RIL statement asserted while eulogising its mobile business. As the principal player of the market, Jio has only resorted to “unlawful” practices to evade taxes and to build a business empire which would help Ambani establish hegemony in the mobile communication market. One can’t forget how Ambani launched Jio in 2016 with Modi’s portrait as the brand ambassador.

If one goes through the press statement issued by Ambani’s RIL, which was tom-tommed in toto by his servile media universe, the contradictory tonality can’t go amiss. In five points, the RIL statement tried to explain that there is no connection between the RIL, its subsidiaries and contract farming. It stated it has “absolutely no plans to enter this business.” The Company also claimed that neither it nor any of its subsidiaries “has purchased any agricultural land, directly or indirectly, in Punjab/Haryana or anywhere else in India,” for “contract” farming. It stated it also has “absolutely no plans to do so”, referring to buying lands for “contract” farming. In the same statement, it has spoken about building “a strong and equal partnership with Indian farmers on the basis of shared prosperity, inclusive development and an equitable New India”.

For contract farming there is no need to purchase agricultural land. The land ownership remain with the farmers but what’s to be produced, the quantity, the quality standards and the amounts are decided by the corporate buyers. Without buying an inch of land from the farmers, the corporates can ruin the already crisis-ridden lives of farmers and turn them into paupers. This power of corporate-controlled farming was experienced in several Latin American countries as well as in the US.

The “New India” is a cliché used by the Modi regime to portray India under the Bharatiya Janata Party (BJP) since 2014. The “New India” is a land of hope, aspirations and success for the rich and urban middle-class belonging to the upper-caste Hindu society who vote for the BJP. For the poor, the marginalised and oppressed masses, mostly belonging to the Dalit, tribal, Muslims and other minority communities, the “New India” is actually a repackaged Indian version of Adolf Hitler’s “Third Reich”. When the RIL uses the “New India” catchphrase in its statement, it shows why the farmers are correct in pointing out that the present dispensation is a servile agent of Ambani and his ilk.

No wonder, despite all attempts to disassociate itself from Modi’s farm reforms, the RIL’s statement exposed how the future of Ambani’retail business is intertwined with the successful implementation of these controversial laws. It said “Reliance and its affiliates fully share and support the aspiration of Indian farmers

to get a fair and profitable price on a predictable basis for what they produce with exemplary hard work, innovation and dedication. Reliance seeks significant augmentation of their incomes on a sustainable basis, and pledges to work towards this goal.” This statement brought the cat out of the bag, despite the RIL trying to zip it hard.

The choice of words like “aspiration of Indian farmers to get a fair and profitable price on a predictable basis for what they produce…” and “Reliance seeks significant augmentation of their incomes on a sustainable basis, and pledges to work towards this goal” clearly shows that the RIL’s influence is there behind the farm laws enacted by the BJP-led government. The “augmentation of their incomes” has been also used as a reason by the Modi regime behind the introduction of these farm laws. By pledging to “work towards this goal” means using all means to further aggravate the crisis using the government’s support.

The farmers aren’t wrong but the RIL has lied. When this press statement’s keywords are juxtaposed, it portrays that the RIL, which didn’t directly buy from farmers so far, will not mind buying from the sellers who would get crops through the contract farming model. The MSP can be very well avoided, using the “other mechanism” route that the government will fix, which eventually will benefit RIL and other companies of the same league that sponsor the BJP’s Hindutva fascist juggernaut.

As the farmers’ movement become a strong force to reckon with and as the Modi regime isn’t in a position to pulverise it with brute force fearing a backlash, Ambani’s RIL and such companies, which are running the government, are jumping into the fray to combat the farmers. Getting the corporate-controlled contract farming system rolled out is an urgent need of the global monopoly-finance capital and its comprador Indian lackeys like RIL, etc. The Modi regime can’t roll them back simply due to the protests. But companies like the RIL will push for its faster implementation so that a huge profit can be amassed by them.

But can the collective strength of a few corporate éminences grises, who are backed with unlimited resources and the government’s patronage, defeat the collective strength of millions of farmers, the engine of the rural economy? Can the farmers, through resolution, perseverance and an uncompromising struggle, defeat the corporates like RIL, who are pushing them to the brink of destruction? The answers to these questions will be unfolded before India in the days to come as the farmers will be upping their ante against Modi’s pro-corporate servility and asserting their rights more vigorously than ever. The outcome of the farmers’ movement will draw new political power equations and can even change many existing equations forever.