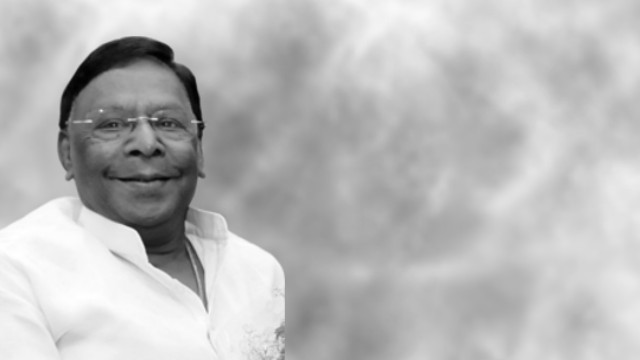 Modi’s Bharatiya Janata Party (BJP) and its ally All-India Anna Dravida Munnetra Kazhagam (AIADMK) toppled Narayanasami’s government in Puducherry to achieve two targets. On the one hand, the AIADMK, which has been ruling Tamil Nadu since 2011, wanted to thwart the DMK-led opposition in the state from intensifying its attack on the government, that’s why it made the DMK bleed in Puducherry, while on the other, the BJP wanted to create an optics of the Congress party losing support in another province.

With Narayanasami’s resignation as the chief minister, the BJP managed to topple the second INC-led government in a period of one year, after it dislodged Kamal Nath’s rule in Madhya Pradesh by engineering a large-scale defection to the BJP. This optics helped it to boost the morale of its workers as well as to tantalise the middle-class by distracting their attention from the ongoing farmers’ agitation against Modi’s contentious farm laws, which has caused a massive erosion in its support bases in Haryana, Rajasthan, Uttarakhand and Uttar Pradesh.

Narayanasami’s resignation as chief minister came soon after the House assembled at 10am on Monday. After newly-appointed Lieutenant Governor Tamilisai Soundararajan asked the INC-DMK alliance to prove their majority in the House, Narayanasami and the ruling clique faced a severe challenge. The resignation of half-a-dozen legislators – five from the INC, including two ministers and one from the DMK —and the disqualification of an INC legislator in 2020, brought the total strength of the house from 33 to 26, turning the government into a minority one.

The BJP managed to woo the Congress party’s and the DMK’s legislators, but the enraged chief minister didn’t muster the courage to call out the saffron outfit for its nefarious nexus with big corporates. His meek opposition to the conspiracies hatched by New Delhi provided leeway to the BJP-AIADMK to carry out their sabotage. A few days before Narayanasami’s resignation, President Ram Nath Kovind removed the former police officer and BJP leader Kiran Bedi from the position of lieutenant governor of Puducherry.

Narayanasami appreciated the President’s move and didn’t fathom the bigger conspiracy, which aimed at dislodging him, until when he had to quit. Soundararajan was a former BJP chief of Tamil Nadu and it’s evident that she will secure the interests of the Party stealthily. But Narayanasami, who had been loggerheads with Bedi earlier, welcomed her removal and called it the victory of the people. But the BJP had other plans, which he had no idea about. Soundararajan carried forward the leftover tasks of Bedi efficiently, with an ebullient Narayanasami expecting her cooperation for the rest of the tenure.

After Narayanasami’s resignation as Puducherry chief minister, the Congress party has picked up the issue of why the nominated members in the House participated in the confidence motion? According to the Congress party, the nominated members aren’t people’s representatives, hence they can’t enjoy the power to support or topple an elected government unlike other legislators. Yet, the trio, who fought the 2016 assembly elections on BJP ticket but failed to win, played a pivotal role. They have worked against the government and ensured that it’s toppled, but the INC’s realisation came quite late.

The concern, however, isn’t about the BJP’s men not following the parliamentary affairs rulebook, but the Congress party’s inability to remain vigil and thwart the evil schemes of the Modi regime. Narayanasami’s resignation shows that the BJP can trigger defection in any state ruled by the Opposition and can topple elected governments. Moreover, as political ideology in parliamentary politics is absent, there is no moral obligations that would tie the politician and the party. Thus, defections will continue to happen and aid the BJP, until it’s resisted strongly. But the question is, who will be able to resist and defeat the BJP’s manoeuvres effectively?