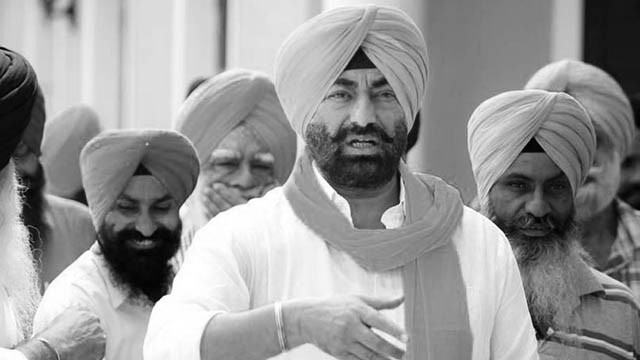 The Enforcement Directorate (ED) recently conducted raids at several premises of Punjab Ekta Party (PEP) leader and member of the Legislative Assembly (MLA) from Bholath (Kapurthala), Sukhpal Singh Khaira, his family members and several jailed convicts under the provisions of the Prevention of Money Laundering Act (PMLA). The ED alleged that Khaira, who switched from the Congress party to the Aam Aadmi Party (AAP), before forming the PEP, is associated with an international drugs smuggling cartel. Khaira alleged that he has been targeted due to his active support to the ongoing farmers’ movement and due to him taking up the case of Navreet Singh, who was allegedly killed by the Delhi Police during the farmers’ tractor march on January 26th 2021.

Prime Minister Narendra Modi’s Bharatiya Janata Party (BJP) isn’t receding an inch from its obstinate position on the three contentious farm laws. Rather than resolving the impasse by accepting the farmers’ just demand and repealing these obnoxious laws, the Modi regime, exhibiting its brutal fascist savagery, is launching incessant attacks on those who have become voices of the historic farmers’ agitation. Khaira became one of the recent victims after filmmaker Anurag Kashyap and female actor Taapsee Pannu were targeted by the Income Tax (IT) Department for alleged tax evasion amounting to Rs 3.5 billion, which the duo called bogus.

Under Deputy Director Neha Yadav, the BJP stooge ED raided nine locations in Chandigarh, Delhi and Punjab. The ED has filed a case under the PMLA following a first information report (FIR) lodged by the Punjab Police. The case is based on a trans-border drugs smuggling network unearthed in Fazilka, Punjab, in 2015, in which 1,800 grams of heroin, 24 gold biscuits, two weapons, 26 live cartridges and two Pakistani SIM cards were seized by Punjab’s Jalalabad police.

There is another case of a fake passport racket being run in Delhi, which is also clubbed with the first case to corner Khaira. The Punjab Police’s FIR didn’t name Khaira but a Fazilka court issued summons to him on November 30th 2017. Later, the Supreme Court quashed the proceedings against him and gave him relief. Now, the ED is again bringing him into the case following the BJP’s pressure. This is a reason that the ED has filed a fresh case under PMLA for a case where nine accused have been already convicted by the Fazilka court in October 2017.

The ED raided the premises of Gurdev Singh, Manjit Singh, Harbans Singh and Subhash Chander, who are convicted in the Fazilka drugs smuggling case in 2017. Joining odd dots to accuse Khaira, the ED said that the MLA is linked with these smugglers. It conducted raids in Chandigarh, Khaira’s ancestral village Ramgarh in Bholath and Delhi. The ED raided houses of Khaira’s son-in-law Inderveer Singh Johal in Delhi, his personal assistant’s house in Kapurthala. The residences of Rajwinder Kaur, and Bikker Singh, both from Kapurthala, and one Harminder Kaur in Jalandhar, all accused in the fake passport case, were also raided.

The Hindustan Times quoted one of the anonymous ED officials saying that “Sukhpal Singh Khaira was actively aiding and supporting the gang of international smugglers and enjoying the proceeds of crime.” “We suspect Khaira was involved with the drug syndicate for the past several years. We have information that he enjoyed financial benefits for helping the smugglers,” the officer was further quoted. The BJP, using these accusations by the ED, levelled baseless charges against Khaira as well, and vilified the farmers’ movement as one that’s supported by drugs smugglers and money launderers.

In a series of tweets, Khaira claimed that the ED is used to silence his voice because “I supported farmers, raised their concerns, spoke against atrocities of Govt & attacks against peacefully protesting farmers. (sic)” He claimed that it’s a hoax that a duplicate passport is found at his residence and he is open to “any kind of investigations.”

The demand for a fair investigation into Navreet’s suspicious death on January 26th has caused severe inconvenience for the BJP, as there are allegations that the Delhi Police shot him. The Delhi Police claimed that Navreet died because his tractor overturned while speeding but the agitating farmers, who accompanied the young Sikh from Uttar Pradesh, and his family members, alleged that he died of bullet injury. An attempt by The Wire to investigate the mysterious death of Navreet got an FIR registered against the journalist and the editor in Uttar Pradesh.

As the Modi regime has failed to suppress the farmers with brute force and intimidation, as Delhi’s borders are swelling with fresh batches of farmers arriving from Haryana and Punjab to protest the farm laws, and as all attempts to vilify the farmers as foreign-funded terrorists failed, therefore, it is now trying to suppress all those influencing voices that are amplifying the farmers’ cause globally. From jailing a 21-year-old Disha Ravi to attacking celebrities like Rihanna and climate change activist Greta Thunberg with sheer virulence exhibit the BJP’s crisis.

It’s no wonder that the Modi regime will launch more sinister attacks against people like Khaira, whose activities are causing severe setbacks for the BJP and destroying its prospects in northern Indian states. Whether the BJP can succeed in suppressing the dissenting voices using its vassals like the ED or the IT Department depends entirely on the intensity of the farmers’ movement against the contentious farm laws and for a legal guarantee for the minimum support price for crops. If the farmers’ movement grows manifold and draws active solidarity support from the working class, it can cause severe damages to the BJP’s plan to sell India piecemeal to big corporate houses. How the events take a turn and how the BJP suffers setbacks needs to be seen now.