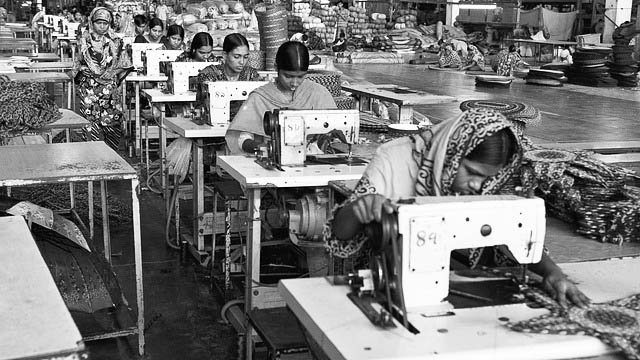 If news reports are to be believed, then the Union Labour and Employment Ministry will be rolling-out and implementing the four new anti-worker labour codes, which will replace 29 Central labour laws, soon after the 2021 assembly elections are over. The Hindu reported, quoting unnamed officials of the Union Labour and Employment ministry, that the four codes—on wages; occupational safety, health and working conditions; industrial relations; and social security—are likely to be implemented soon after the polls are over.

It’s reported that the Central Government has already prepared the rules for these codes and following the Centre’s notification, the States will also prepare and notify their rules as labour is a concurrent subject. Though both the Central Government and the States frame their own rules and laws for concurrent list subjects, only the Centre’s laws and rules prevail in case of a dispute.

These four new anti-worker labour codes will snatch away the hard-won rights of the working-class. These codes will restrict the right to unionise, make it mandatory for the trade unions to submit a 60-day-long notice before going on a strike, allow companies with up to 300 workers to hire and fire without seeking prior approvals and make contractual employment, without full-time employment rights, the principal norm of employment in India.

With these four new anti-worker labour codes, even the government will hire people on a contractual basis, rather than providing them with job security. Such provisions will farther aggravate the unemployment crisis in India and will push the working-class towards utmost destitution. These codes were conceived to ensure that big corporate houses don’t face any labour issues and can significantly reduce the labour cost.

Prime Minister Narendra Modi’s regime also plans to launch the National Population Register (NPR) exercise, in the meantime, along with the Census 2021, it will prepare the National Register of Citizens (NRC), which will disenfranchise millions of poor people who don’t have legacy documents to prove their citizenship, as per Article 6(B) of the Indian Constitution. This will create a large pool of disenfranchised poor, sans any constitutional rights, who will be forced to sell their labour at a throwaway price to survive.

Not only the disenfranchised workers have to sell their labour at a cheaper price, but also doing so will eventually force the workers who have retained their citizenship to reduce their labour charges, which will bring down the overall wages. Through this NRC exercise, the big corporates will be able to expand their profit margins at the hour of an abysmal crisis of capitalism globally.

Modi’s Bharatiya Janata Party (BJP) is contesting the present assembly elections with desperation and is keen to win in states like Assam and West Bengal. Both states are entangled in the NRC web and the BJP wants to delay the exercise of disenfranchisement until the elections are over. In such a condition, the working-class must understand how the dual attack by the four new anti-worker labour codes and the NRC will harm and turn them into modern slaves.

The implementation of the anti-worker labour codes before the elections would’ve triggered massive working-class resentment against the BJP and could’ve played a pivotal role in defeating it. Already, the farmers of different states, especially those from Haryana, Punjab, Uttar Pradesh, etc, have been encircling India’s capital New Delhi for more than 100 days, demanding the scrapping of the three anti-farmer and pro-corporate laws that the Modi regime enacted in September. A working-class outrage in addition to the ongoing protests will cause major embarrassment to the Modi regime and harm the BJP’s electoral prospects in the states.

Over the years the unemployment situation in India worsened. In February 2021, it was 6.90% and the average unemployment rate of the financial year 2019-20 was 7.63%, according to the Centre for Monitoring Indian Economy[https://unemploymentinindia.cmie.com/]. In such a situation, any sane government would’ve increased government spending and would’ve used the public sector to provide employment and thereby generate demand for industrial goods in the market. However, the Modi regime, instead of addressing the crisis in the classical Keynesian way amid the pandemic and an abysmal crisis of global capitalism, is taking the route of supply-side fixation, especially by increasing liquidity in the economy.

This peculiar way of addressing the issue and complicating it has crippled the Indian economy and there is no hope that it will rejuvenate under Modi’s chosen schemes. However, to cover-up its failures by manipulating the data, the Modi regime will use these four new anti-worker labour codes to show a higher employment ratio vis-à-vis the earlier period. However, due to the rapid increase of part-time employment rather than full-time and the concept of contractual labour as well as slave labour, there will be no qualitative improvement in the lives of the working-class but significant deterioration can be observed.

The electorate of these four states and one union territory have full rights to know about these four new anti-worker labour codes brought by the Modi regime. There is an ardent need to expose the anti-worker and pro-corporate, blood-hound character of the BJP. However, such an exposure can’t wait until the end of the elections as the BJP will be desperate to roll-out the labour codes and also complete the NPR validation through Aadhaar-based biometric data matching. It must be done at the earliest at the grassroots.

This is a precarious situation, and all democratic, anti-fascist and progressive forces must work among the working-class to make them aware of the new threats posed by these four new anti-worker labour codes and to politically motivate them to join the farmers in the larger struggle for emancipation from corporate-sponsored Hindutva fascist juggernaut driven by Modi and his cabal.