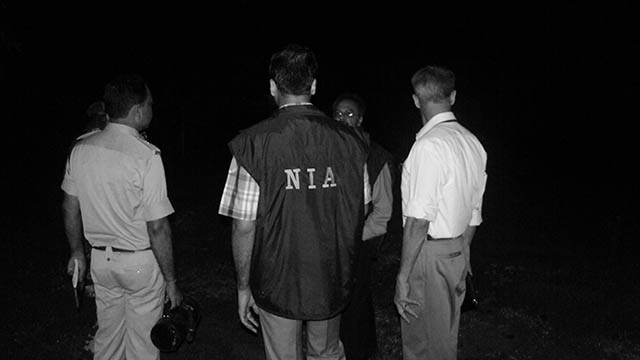 The case, FIR no 47/2020 dated November 23rd 2020, was lodged after Naganna, a journalist, was “intercepted” by the police during a vehicle check. The police alleged that they found “revolutionary literature of CPI (Maoist), press notes, medicines, wire bundles and explosives substances” from Naganna.

According to the NIA statement:

“Investigation revealed that Pangi Naganna had been ostensibly working as a journalist and was passing information about the police movements to the leaders of CPI(Maoist). He has also been involved in instigating the villagers to obstruct combing operations of police and prevent them from entering them into villages and motivating the villagers to revolt against the police parties and hold rallies against the government.”

The way Naganna was arrested, and the subsequent arrests of five more under similar charges, arouse suspicion regarding the case. The way a journalist is called out as a Maoist spy and a media trial is run, shows why India is falling in World Press Freedom Index.

Vague terms are used for the confiscated items: “revolutionary literature of CPI (Maoist), press notes, medicines, wire bundles and explosives substances.” It raises a question –whether a person carrying Maoist literature and press notes can be called an activist of the proscribed organisation?

But when a journalist is arrested for merely possessing Maoist literature, which may come to his use for stories, and press releases that are sent out by the organisation to the journalists only, then it shows how paranoid the government’s apparatuses have become and how McCarthyism is normalised by the police state.

Wires are regularly used for various purposes. How are they illegal? While merely stating “explosives” won’t describe what type of explosives were the seized materials and whether they have no other purpose than explosions for which people may buy or carry such substances?

But the corporate-controlled mainstream press can’t ask such questions and like eternally faithful disciples of the ruling classes, follow the police’s version and uncritically republish it. Such an uncritical press strengthens the police state and helps events like the NIA’s recent Maoist-related searches.

Can the Union government state when did mobile phones, SIM cards, hard discs, micro-SD cards, flash cards, CDs, DVDs, pen drives, tabs, audio recorders, cash, sickles, axe and machetes become objectionable or illegal items? The flag of the CPI (Maoist) looks like the one used by most communist parties. What made the NIA so sure that the flag they have recovered belongs to the CPI (Maoist)?

The Agency again mentioned literature and press notes, which are normally available with journalists who cover areas affected by the Maoist insurgency. Still, a journalist like Naganna is arrested for being a “Maoist” and instigating the villagers against the police.

The NIA is already a tainted organisation, which is proved by its complicity in furthering the Hindutva fascist ideology of the ruling dispensation in New Delhi. It has been persecuting political prisoners for holding anti-government views. It has jailed activists, lawyers, writers on false charges of “Maoist” links. Now the NIA’s recent Maoist-related searches in Andhra Pradesh and Telangana show that the governments, at the Union and States, will continue to suppress journalists and critics of their policies.

The people’s movement for civil liberties and political-economic-social justices can thwart such onslaughts on democracy and human rights by augmenting the collective conscience of the exploited working people. Else, the juggernaut of paranoid state persecution will leave no one. The NIA’s recent Maoist-related searches in Andhra Pradesh and Telangana prove so.