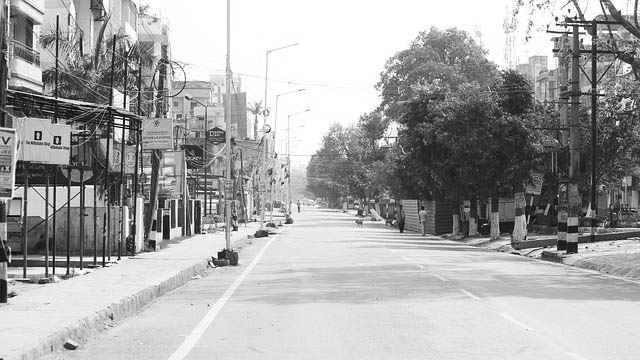 The upper-caste, urban elites and middle-class are the utmost irredeemable sections of the Indian society. Their recent paranoia over rising COVID-19 cases, amplified by the corporate-controlled mainstream press to magnify a disease with a fatality rate of 1.42% in India, helped different state governments to impose undemocratic restrictions on public life in the form of “night curfew” and the dreaded lockdown. Following Maharashtra’s lockdown announcement, Delhi has also adopted the “night curfew” route to curb the COVID-19 menace, sans any solid scientific backing to prove that the spread can be stopped by such acts.

In 2020, millions of workers and even white-collar employees of the corporate world, as well as small and micro business owners, suffered immensely due to the sudden and utmost unplanned, chaotic lockdown announced by Prime Minister Narendra Modi. While India’s economy has, apparently, contracted in the financial year (FY) 2020-21 due to Modi’s lockdown, the new series of a clampdown on economic activities under the guise of promoting public health, especially in India’s industrially-rich states like Maharashtra and Delhi will have severe repercussions.

When there is a lot of hullaballoo over gross “public negligence” in observing pandemic-related guidelines, for which the Uttar Pradesh Government has been reprimanded by the Allahabad High Court, Modi and his Bharatiya Janata Party (BJP) are measuring the water now. Due to the high stakes involved in the assembly elections, especially in Assam and West Bengal, the prime minister and the BJP, along with their parliamentary opposition, are openly flouting the COVID-19 guidelines and norms.

Thousands are flocking the political rallies of Modi and other BJP stalwarts in these states without masks or without observing the “social-distancing” guidelines, for which several people were tortured and even killed by the police in several states, including the BJP-ruled Uttar Pradesh and its bête noire Trinamool Congress (TMC)-ruled West Bengal. The callousness, albeit deliberate, shown by Modi and his sycophants proves that there is actually no real threat posed by the pandemic, else none of them would’ve dared to participate in such political activities. No one is demanding a lockdown in Assam, Kerala, Puducherry, Tamil Nadu or West Bengal; not even a “night curfew” is demanded because the cases are surprisingly quite low as of now vis-à-vis non-poll-bound states.

But the political activities that are certainly hurting the core of the Hindutva fascist regime, especially the massive farmers’ protest movement at Delhi’s borders as well as the series of political events undertaken by different farmers’ organisations in Haryana, Punjab and western Uttar Pradesh are blamed for being “super-spreaders” of COVID-19. Delhi, Haryana, Punjab and other nearby areas are targeted by the Modi regime’s misinformation division and its toady press to vilify the farmers participating in a struggle of life and death for millions. This bears resemblance to the vitriol against the women of the Shaheen Bagh movement in 2020, who were evicted under lockdown by the BJP.

Similarly, attempts are taken, with the “night curfew” and lockdown measures, coated with healthcare warning labels, to enforce restrictions on the Muslim community just as it steps into the holy Islamic month of Ramzan, the month when the faithful Muslims fast from dawn to dusk. The Indian Muslims remember how they were blamed and demonised for being “super-spreaders” of COVID-19 in India citing the presence of many stranded patients at the Tablighi Jamaat’s headquarters – Nizamuddin Markaz. Some of the regime’s lapdog television anchors went further to call this “Corona Jihad” to fuel Islamophobia.

Though the Indian mainstream press and the BJP’s other apparatuses had to cease their Islamophobic ranting using the Tablighi Jamaat incident after they faced flak from Muslim countries over such a gross criminal act against the largest minority group, the fire remained in the underbelly, only to flare up here and there occasionally. Now, as after a year, there is a chance to restrict the Muslims from practising their religion, especially night prayers, dawn prayers, etc, the “night curfew” and “lockdown” weapons are out of the arsenal. As the majority of Muslims will oppose such arbitrary restrictions, the Modi regime will get a golden chance to bash the community using its toady press.

It’s essential for the survival of the working class, especially the unorganised sector workers, that there is no lockdown or “night curfew”, which will add to the agonies of the people. Can the BJP and other representatives of the ruling classes have their way this time again and manage to use the paranoid elites’ and middle-class’ apprehensions to cage the people and suppress the heroic struggles by the farmers at Delhi’s borders or in Haryana, Punjab and western Uttar Pradesh?

The announcement of “night curfew” in Delhi and lockdown in Maharashtra and the mooting of similar measures by other states is an indication that the Modi regime is desperate to pulverise the farmers’ resistance and can go to any extent for it. In case of a long-drawn lockdown, these farmers can be forced to return to their villages, taking the steam out of their movements. But the farmers have already taken a decision. They have decided to advance their struggle by a march to the Parliament, which has panicked the BJP. It’s to be seen whether the farmers or the fascists win this new round of the fight.