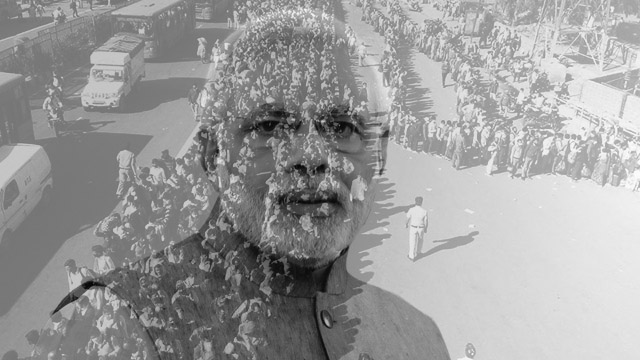 Indian Prime Minister Narendra Modi’s government has made a COVID-19 tracker, which provides information about the cumulative cases, active infections, and the total number of fatalities. However, there is no such tracker for unemployment caused by COVID-19 in India. Modi and his Bharatiya Janata Party (BJP) are confident that unemployment won’t rock their boat due to their mastery in the art of communal polarisation. However, the issue has become a very hard-hitting one for the youths.

On the evening of March 24th 2020, Mr Modi suddenly and arbitrarily declared a 21-day-long nationwide lockdown from that midnight. Within days of the lockdown announcement, a massive humanitarian crisis broke-out in India’s metropolitan cities. Hundreds of thousands of poor workers, labelled as “migrant workers”, began an exodus to their native villages, escaping starvation deaths in the cities.

These workers, mostly unorganised sector workers, had migrated to the cities due to the agrarian crisis caused by the advent of neo-liberal economic order and its tryst with India’s semi-feudal rural economy. The reverse migration brought a gloomy cloud over rural India, where the stagnancy in agriculture and lack of government support drove farmers to semi-pauperisation and semi-starvation.

The lockdown didn’t end after the initial 21 days, rather, by citing the growing number of cases, then in thousands, the Modi regime extended the lockdown until the last week of May. This severely affected most of the industries and resulted in large-scale retrenchments and wage cuts. Unemployment rose significantly during this period. According to reports, nearly 122m people were rendered unemployed during the first two months of the lockdown.

Top companies resorted to salary cuts and employees and workers were forced to work under new terms and conditions. This reduced the purchasing power of the people significantly, impacting the long-term demand for industrial goods. The International Labor Organization (ILO) found that in the post-lockdown stage, informal sector workers experienced a 22.6% fall in their wages. It can be the sharpest in the world. The unemployment situation had worsened before the first COVID-19 case was detected in China, but until the lockdown, the Modi regime ignored its existence.

Though the Central Government’s survey showed that unemployment reached a 45-year-high rate, 6.1%, in the financial year (FY) 2017-18, Modi and the BJP went on a denial mode until the 2019 Lok Sabha election results were declared. To sweep the general elections, Modi used the time-tested xenophobia card and managed to titillate his 200m supporter base. Soon after the lockdown, the pandemic was made the scapegoat for the unemployment crisis.

While the BJP claimed that the Modi regime created 800,000 “employment opportunities” in the FY 2019-20, it was also the year when the unemployment rate reached 7.63% according to the Centre for Monitoring Indian Economy (CMIE). While the crisis was prominent in automobile, consumer goods and real estate industries before the pandemic, the lockdown was taken up as a subterfuge by the corporates and the government to hide their crisis.

The unemployment rate dropped to 6.90% in February 2021 and in March 2021 it’s at 6.5%. The average estimated unemployment rate for the FY 2020-21 will be 10.03%, according to the CMIE data. This will be the highest annual unemployment rate in years. This is a roll-over effect of the spiralling unemployment during the FY 2019-20, when the GDP of India reached the sub 5% zone and major industries went on an axing spree, rendering millions jobless.

Despite the alarming situation, Modi and the BJP did nothing to arrest the unemployment caused by COVID-19. Rather, the BJP used the opportunity to push forward the anti-working class labour reforms. The four new labour codes are going to redefine employment and promotes contract labour and outsourcing than providing full-time employment to the workers. Other rights like the formation of trade unions are curbed, while employers are given full power to hire and fire employees without involving the government.

All these have been done by pushing the narrative that the Modi regime is trying to resolve the issue of unemployment caused by the COVID-19 pandemic through employment opportunity creation. However, a little delving into data will show that the policies of the Modi regime, since announcing the lockdown after recognising the COVID-19 pandemic as a threat in mid-March 2020, helped the rich get richer and drove the poor towards utmost poverty.

The much-hyped “Atmanirbhar Bharat” programme also tends to turn India into a neo-colony, an offshore manufacturing destination for western monopoly-finance capital and, as well as, sell-out India’s public assets to the big corporate donors of the BJP. The programme didn’t impact the unemployment crisis, which started cooling down gradually but remained at the four-decade-high level, since the unlock phase. But many didn’t get their jobs back and there has been a significant drop in the overall earnings of those who got their jobs back or managed to get new jobs. However, neither the lockdown nor the unemployment caused by COVID-19 didn’t affect the wealthiest families, who support and patronise Modi’s BJP.

The unemployment caused by the COVID-19 pandemic pushed 75m people into poverty and the middle-class shrunk by 32m in the FY 2020-21, according to a report by Pew Research. This at a time when India has experienced an immense wealth gap in years. According to Oxfam’s research, the wealth of India’s richest billionaires increased by 35% during the lockdown. The Oxfam study also shows that the poor not only suffered financially, they also lost education and health opportunities due to the unplanned and inhumane lockdown, which resulted in a catastrophe for the poor, while its stated objectives were never realised.

It’s a year of the lockdown and the subsequent humanitarian crisis. There will be a lot of discussions in the future on the effectiveness of the lockdown mechanism as well as unemployment caused by COVID-19 pandemic. However, the most important question remains in oblivion–who shall be held accountable for the unemployment, poverty, starvation and deaths caused by the lockdown? Who shall be held responsible for the catastrophe? Unless this question is answered, no step can be taken towards justice for the citizens who suffered due to the indifference shown by the rulers.