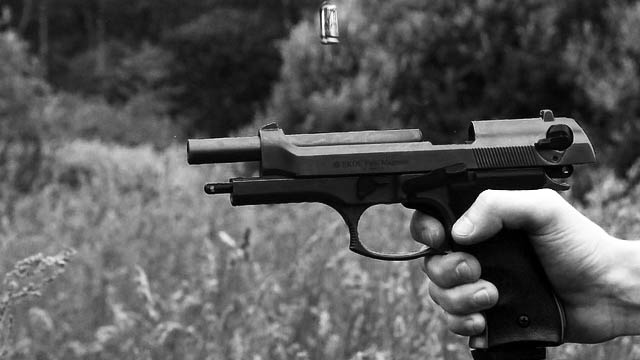 During the fourth phase of the 2021 West Bengal Assembly elections, five people have lost their lives in North Bengal’s Coochbehar district. Four among them were killed due to indiscriminate firing by the central paramilitary troops. The incumbent Trinamool Congress (TMC) led by Chief Minister Mamata Bandopadhyay has locked horns with the federally-ruling Bharatiya Janata Party (BJP) led by Prime Minister Narendra Modi, and both blamed each other for the violence.

As per reports, the central forces (allegedly belonging to the Central Industrial Security Force or CISF) opened fire at voters protesting the BJP’s attempt to capture the polling booth at Jorepatki of Coochbehar’s Mathabhanga constituency. Hamidul Haque, Haminul Haque, Manirul Haque and Nur Alam succumbed to their bullet injuries. At the Paglapir polling booth in Sitalkuchi, a first-time voter Anand Burman was shot dead when BJP goons clashed with TMC supporters in their bid to capture the booth. The TMC has accused that the central forces are conniving with the BJP and are violating the Model Code of Conduct (MCC).

The Election Commission of India (ECI) has accused that the central forces were gheraoed by the people at Jorepatki and they had to open fire at the unarmed civilians in “self-defence”. Though the operational manuals of the police and paramilitary forces clearly state that in self-defence forces can inflict only non-fatal injuries to neutralise the threat, the killing of the four in Jorepatki shows that the forces fired to kill and not to neutralise the victims. There is no explanation for the threat posed by the victims that triggered the violent response from the ECI-controlled central forces.

The TMC accuses the central paramilitary forces of intimidating the voters to vote for the BJP. Refusal ends up in violence and firing. The BJP is given a free hand by the ECI and the central forces in capturing polling booths by chasing out TMC’s polling agents and running a reign of terror. Incidents of violence by the BJP’s armed goons against the TMC workers are reported from Dinhata, Toofanganj, Natabari and Sitalkuchi constituencies.

Rabindra Nath Ghosh, the TMC candidate from Natabari, has alleged that the BJP’s thugs are terrorising the minority Muslim voters to stop them from going to the polling booths. He alleged that the killing of the four Muslim men in Jorepatki by the central forces is a clear attempt to intimidate the Muslim voters and stop them from voting for the TMC. Ghosh sat on a Dharna (sit-in demonstration) protesting the central forces’ violence.

Though the TMC has lodged complaints with the ECI regarding the blatant violation of the MCC, it’s unlikely that there will be any action taken against the perpetrators. The ECI has been working as the BJP’s puppet for years and has been aiding it in winning elections, one after another. When it announced eight-phased elections in West Bengal, it became clear that the ECI will do anything to help the BJP, which has a poor organisational presence in the state, win the election.

While in the fourth phase of polling 80,000 personnel from the central forces are deployed at 16,000 booths, the highest deployment has been in Coochbehar district, where 187 companies—with 100 soldiers each in a company—have been deployed. The BJP, despite harping upon the Rajbongshi community’s vote and luring the Bengali Hindu refugee voters with the bait of citizenship, isn’t confident of sweeping Coochbehar, where it had won during the 2019 Lok Sabha elections. That’s why the Party is frantically resorting to violence to win in the district. The TMC turncoats, who flocked to the BJP in large numbers since the 2019 Lok Sabha elections, are blamed for the violence mainly.

The polling violence in Coochbehar indicates that a gloomy future is awaiting West Bengal unless this blatant misuse of state power to unleash macabre atrocities on the people is stopped. The BJP is desperate to seize power in West Bengal and the TMC is trying hard to retain its citadel. The people are bearing the brunt of the political ambitions of the two representatives of the Indian ruling classes and, to ensure this cycle of violence taking a toll on the people’s lives is stopped, the progressive and democratic forces must mobilise the people to build up active anti-fascist resistance and thwart the attempts by the BJP to seize power. Unless that’s done, nothing can stop West Bengal from descending to utmost chaos and a brutal reign of terror.