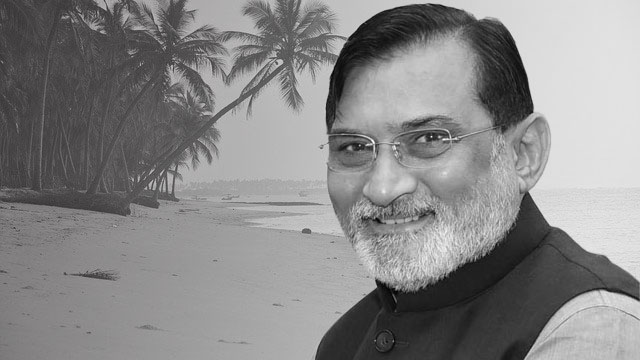 Lakshadweep never came in limelight in the Indian political theatre but remained shadowed by the mainland. The mainland people, except those in Kerala, had, so far, no idea that 64,000 people are living in those islands. Now, Prime Minister Narendra Modi’s Bharatiya Janata Party (BJP), driven by the Rashtriya Swayamsevak Sangh’s (RSS) bigoted Hindutva fascist doctrine, begun implementing a nefarious scheme in Lakshadweep, which brought the islands to the forefront of India’s political discourse.

Praful Khoda Patel, who was the minister of state, home ministry, in Modi’s home state Gujarat, was appointed as the Administrator of Lakshadweep, a union territory, in December 2020. Since then, Patel has been trying to impose an authoritarian rule on the people. Muslims constitute 97% of the islands’ population, which makes Lakshadweep a special project for the RSS-BJP, as the community is used as a punching bag to titillate the Hindutva camp’s feral supporters.

Communist Party of India (Marxist) [CPI(M)] Member of the Parliament (MP) Elamaram Kareem wrote a letter on May 23rd 2021 to Indian President Ram Nath Kovind regarding Patel’s authoritarian rule, which is backed by the RSS—of which Kovind was a member—and the Modi regime. Kareem, the MP of Beypore, Kozhikode, Kerala, complained that under the guise of combatting the COVID-19 pandemic, Patel has also changed the Standard Operating Procedure (SOP), which was in force in Lakshadweep to control the pandemic. This has resulted in a surge of cases in the islands, while it had zero cases in 2020.

The BJP got only 125 votes in the 2019 Lok Sabha elections in the islands vis-à-vis 22,851votes cast in favour of the Nationalist Congress Party’s (NCP) Mohammed Faizal, who won the seat. The runner-up, Congress party’s Hamdullah Sayeed got 22,028 votes. This shows how the people of the islands have thumbed down the Hindutva fascist BJP-RSS due to its ulterior motives. To avenge this humiliation, and to tame the Muslims, Patel, taking the cover of COVID-19, proposed a set of new rules and regulations for the islands, which will not only destroy its economy but also cause major social upheavals.

In his proposed Lakshadweep Prevention of Anti-Social Activities Regulation, Patel is trying to invoke the Goonda Act in the islands. Lakshadweep has a remarkably low rate of crime and the enactment of the draconian law, which will allow arbitrary arrests, has no substantial logic behind it. It’s feared that Patel will use the law to suppress public dissent against his atrocious rule. He has already ordered the arrest of those who erected boards against the National Register of Indian Citizens (NRC) and the contentious citizenship law passed by the Modi regime.

The Lakshadweep Animal Preservation Regulation propose to ban beef and the transportation of cattle in Lakshadweep, a Muslim-majority territory where many depend upon raising bovine animals for dairy business and trade in cattle for beef when they can’t produce milk. Such a ban will impact people’s livelihood and create an economic crisis. Also, not just beef, the slaughter of any other animal for meat will require prior permission, which will hit the meat industry severely. It’s a replica of the attack on food choices that took place in BJP-ruled states. The beef ban will also unleash state atrocities on Muslims, who will be now targeted by state-sponsored cow vigilantes.

Another dangerous regulation is the Lakshadweep Development Authority Regulation, which provides Patel with excessive power to usurp local people’s land under the garb of “development”. Patel is claiming that the government will widen the highways, which is surprising to the people as there are very few vehicles on the islands and there was never a demand for wider highways.

Apart from CPI(M) MP Kareem, Lakshadweep’s NCP MP Faizal also claimed that these draft resolutions were prepared arbitrarily by Patel without taking inputs from the local representatives of the people. The NCP MP was also not consulted, as he has been raising objections since February 2021.

“It is aimed at usurping people’s land. The Authority will get huge power to take over land without protecting the interests of landowners. There is a move to develop roads as per National Highway standards. Why does Lakshadweep require huge highways? The Administrator is furthering the business interests of people in the mainland,’’ Faizal was quoted by The Indian Express on the Lakshadweep Development Authority.

It’s claimed by the islands’ residents that Patel is using his powers to turn Lakshadweep into an investment hub for Gujarati-origin big crony-comprador capitalists like Mukesh Ambani and Gautam Adani, who have vociferously supported the Hindutva project and funded Mr Modi’s political ambitions. Idolising neighbouring Maldives, Patel wants to turn the islands into a tourist destination and, therefore, proposes the sale of alcohol, which hitherto was prohibited in the islands. Surprisingly, Patel and other BJP leaders never promoted alcohol as a tourism booster in Gujarat, where it’s banned for decades.

Patel’s fascist agenda in Lakshadweep also disconnects the islands from neighbouring Kerala with which it had centuries-old ties. He has stopped the freight transit through Beypore port in Kerala. Patel’s move is seen as a tactical step to isolate the islands’ people during his authoritarian rule so that no solidarity movement can be built.

A man like Patel, accused of abetting the suicide of a seven-time tribal MP Mohan Delkar by using his position of Dadra and Nagar Haveli Administrator to demand a bribe of Rs 250m, has been hand-picked by the RSS to not just impose the nefarious Hindutva scheme on the local people of Lakshadweep but to also destroy the nature and privatise islands and assets for private profiteering by the big corporate donors of the RSS-BJP. Patel is exactly following the roadmap provided by the RSS.

Now, the RSS has started a malicious campaign against the Muslims of Lakshadweep, following its decades-old Kashmir doctrine, which claims that the local people, who are opposing Patel’s move, especially to close all local dairies and bring Gujarat’s Amul to profiteer in the islands, are terrorists linked with the Islamic State (ISIS). This level of political debauchery is going on to ensure the corporate hegemony over Lakshadweep can be established without any hassles.

Once Lakshadweep is gone to the corporate sharks, there will be little to be done to save it. It’s imperative for the people of Lakshadweep to unitedly resist Patel’s fascist juggernaut that will harm their lives and livelihood. It’s also the duty of the progressive forces in other provinces to build up massive movements to oust the Hindutva camp from their territories, else, the Lakshadweep model won’t take much time to reach other states, especially the states that the BJP doesn’t rule.