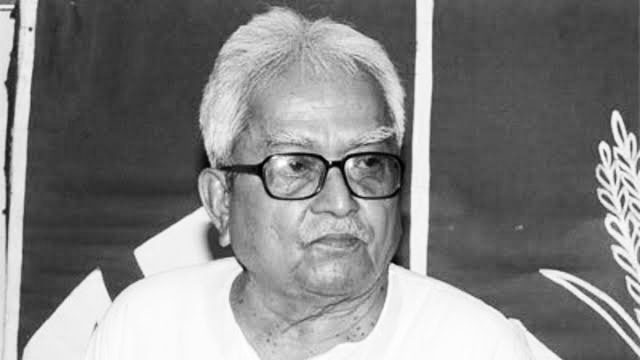 Finally, after a lot of suspense and dilemma, the Communist Party of India (Marxist) [CPI(M)] West Bengal State Committee has declared Prime Minister Narendra Modi’s Bharatiya Janata Party (BJP) as its principal enemy. Biman Bose, West Bengal CPI(M) veteran leader, told the media that his party is eager to ally with “any party” to defeat the BJP. When reporters asked, does he also consider the state’s ruling Trinamool Congress (TMC) as one of the possible allies, he reiterated “any party” to signal a paradigm shift in the party’s approach.

For years, the CPI(M) has considered Chief Minister Mamata Bandopadhyay’s TMC as the principal foe in the state’s political arena. Citing Bandopadhyay’s tryst with the BJP in the past, the CPI(M) had dismissed any scope of unity with the party earlier. The TMC allied with the BJP when it was founded in 1998 and continued the alliance, on and off, until 2008. In the recently-held West Bengal Assembly polls, the CPI(M) faced its worst debacle. The parliamentary left bloc couldn’t even win a single seat, repeating their worst performance in the 2019 Lok Sabha elections.

While the CPI(M) considered the TMC its main foe in both elections, in the West Bengal Assembly elections, it invented a term called “Bijemool” clubbing BJP and Trinamool, to imply that both the outfits are the same, while turning their spearhead against Bandopadhyay only. The CPI(M) saw its anti-TMC votes shifted to the BJP during the 2019 Lok Sabha elections and in the 2021 polls, the anti-BJP polarisation took the left’s anti-BJP votes to the TMC’s fold.

Though Bose and Suryakanta Mishra, the party’s state chief, decided to continue opposing Bandopadhyay vehemently, despite not winning a seat in the legislative assembly, they retracted the “Bijemool” rhetoric. However, realpolitik and not its sudden realisation regarding the BJP made the CPI(M) turn its spear against the BJP and create room for negotiation with Bandopadhyay.

Soon after winning the West Bengal Assembly elections, Bandopadhyay won recognition as a giant killer all over India as her TMC single-handedly fought the BJP that used a huge amount of money and mobilised hundreds of thousands of hired thugs from eastern Uttar Pradesh and Bihar to seize control of the state. By successfully polarising the people against the BJP, Bandopadhyay delivered the utmost ignominious defeat to Modi and his general Amit Shah.

The disarrayed and demoralised ‘national’ Opposition, which faced severe humiliation from the BJP in recent years, especially after the BJP’s landslide victory in the 2019 Lok Sabha elections, found a fountain of hope and aspiration in Bandopadhyay. The Congress party, which, despite its endless defeats in the hands of the BJP and public rejection, continues to hold sway over the Opposition, gradually started admiring the TMC, against which its state unit bitterly fought the 2021 elections joining hands with the CPI(M). The left’s alliance with the Congress helped the latter to become the principal Opposition party in West Bengal in the 2016 state assembly polls, but in the 2021 elections, it couldn’t win even a single seat.

Speaking on the TMC’s annual “martyrdom anniversary”—observed to commemorate the killing of Youth Congress activists by the CPI(M)-led erstwhile Left Front government in the early 1990s—Bandopadhyay gave a clarion call to the Opposition, asking them to unite and collaborate to oust the Modi regime in the 2024 Lok Sabha elections.

Bandopadhyay deployed her trustworthy election strategist Prashant Kishor to work out an alliance plan for 2024. Kishor held talks with Nationalist Congress Party (NCP) patron Sharad Pawar and others. An informal “Opposition meet” took place in New Delhi before the onset of the current monsoon session of the Parliament. While these developments frustrated the BJP, the Congress party started cajoling the TMC to consider the grand-old party as the leading force in the alliance. To appease Bandopadhyay, the West Bengal Congress party will not criticise her government and focus on the Central Government’s issues.

Realising that its West Bengal ally—Kerala’s foe—Congress party is switching allegiance to Bandopadhyay, the CPI(M) leadership started panicking. As the Congress party is going to religiously follow the high command’s decision in West Bengal and, thereby, become an ally of the TMC against the BJP, the CPI(M) started suffering panic attacks. Without the Congress party, the CPI(M) will be weakened in the state where erosion of its support base since it was toppled in 2011 by Bandopadhyay, has rendered the party a relic.

In such a situation, the CPI(M) couldn’t risk itself being alienated in the new political equation in the state. Already, its vote shifting to the BJP during the 2019 Lok Sabha elections helped the saffron party win 18 out of 42 seats and the left was rendered zero. The CPI(M) was labelled as the “B-team” of the BJP in West Bengal as it continued to support the BJP’s political line, under the cover of opposing the TMC. After being obsolete in state politics and in national politics too, the CPI(M) has no other option now but to survive; and to survive, it needs to prove its anti-BJP credentials.