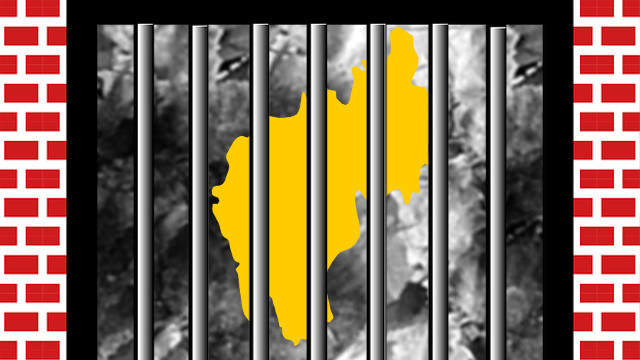 It has been reported that the police in the Indian state of Tripura have written to social media platform Twitter asking for the suspension of 68 accounts and sought details about these account holders, including their phone numbers, IP address and locations, in the case of a purported “fake news” regarding the vandalisation of a mosque. The Tripura Police has also booked these account holders under the draconian Unlawful Activities (Prevention) Act (UAPA). Further reports claim that the Tripura Police has slapped UAPA on a total of 102 social media users and activists for being vocal about the recent anti-Muslim violence.

The Tripura Police alleged that “distorted and objectionable” material was distributed through these accounts on social media. As per the Tripura Police, the accused Twitter users had “been found using photographs and videos of some other incidents and fabricated statements” to promote “enmity between religious groups” as part of a “criminal conspiracy”. The police stated that the material used by the accused users had the “potential to flare up communal tension in Tripura between different religious communities, which may result in communal riots”.

Along with the list of Twitter users, whose accounts the Tripura Police has asked to close, notices under the UAPA are served on lawyers Ansar Indori and Mukesh who were part of a team of lawyers that released a fact-finding report on the communal violence in Tripura. Indori and Mukesh are asked to appear at the West Agartala Police Station by November 10th 2021. Many of the Twitter accounts against which the Tripura Police has slapped UAPA belong to supporters of the All India Majlis-e-Ittehadul Muslimeen (AIMIM).

While the Tripura Police has slapped UAPA on the activists and social media users under the pretext of combatting fake news, there are allegations that it remained a mute spectator when the anti-Muslim violence was burning down the state between October 20th to October 30th. Until November 4th, the Tripura Police has arrested six people for communal incidents. On November 3rd, the North Tripura district police arrested four people for allegedly spreading “malicious propaganda with a view of creating hatred between two religious groups”. The police had refuted that the mosque in the Dargabazar area of Gomati district’s Kakraban was vandalised.

As the Tripura Police has not disclosed the identity of those arrested, it’s speculated that they are mostly those opposing the violence. Although around 15 to 25 policemen were reportedly injured while trying to stop the Vishwa Hindu Parishad (VHP), Bajrang Dal and Hindu Jagran Manch (HJM) activists from rampaging and burning down mosques and Muslim properties, no action has been taken against these groups, leave alone charging them under the UAPA. Tripura’s Inspector General of Police (IGP) Saurabh Tripathi called those opposing the anti-Muslim violence on social media “anti-national and mischievous elements”.

The VHP, Bajrang Dal and the HJM are affiliates of the Rashtriya Swayamsevak Sangh (RSS), the global fountainhead of Hindutva fascism and the parent body of India’s ruling Bharatiya Janata Party (BJP). The BJP is ruling Tripura since 2018 and has been unleashing a reign of terror on the Opposition and the minority Muslims. As the BJP’s principal opponent, the ailing Left Front that ruled Tripura for 25 years, is too weak to resist the Hindutva fascist aggression at the grassroots, the Muslims suffered the brunt of what’s called the revenge of Bangladesh’s anti-Hindu violence, which took place recently during the Durga Puja.

Unsurprisingly, the Tripura Police has slapped UAPA on those who raised their voices in favour of the victims of the anti-Muslim violence unleashed by the RSS-led groups. The BJP government will be the last in the row to take any action against the Hindutva fascists whose actions consolidate its vote bank. The BJP is in a quagmire of sheer crisis in Tripura. Anti-incumbency waves against Chief Minister Biplab Deb’s government have soared manifold, especially among the tribal people. The BJP is consolidating its Bengali Hindu and Chakma refugee vote bank to win the 2023 state elections.

In such a scenario, the BJP in Tripura followed the templates used in Hindutva fascist laboratories like Gujarat, Uttar Pradesh, Madhya Pradesh and Delhi. Using the RSS-affiliated organisations, the BJP stoked Islamophobia among the Bengali and Chakma refugees and sparked violence targeting the Muslims in the state to consolidate its Hindu vote bank. However, as the tribal people didn’t join the Hindutva fascist caravan despite a series of campaigns run by the RSS to “Hindufy” them, the communal violence in Tripura didn’t turn out to be a successful project matching the BJP’s expectations.

Even though the Tripura Police has slapped UAPA on all those who have circulated the images of gory atrocities committed by the Hindutva fascists, it’s far away from undoing the damage caused to its credibility and that of the BJP’s. The US Commission on International Religious Freedom (USCIRF) chair Nadine Maenza had expressed her anguish over the Tripura anti-Muslim violence and asked the Indian government to take steps to curb the violence. USCIRF commissioner Anurima Bhargava had also expressed her anguish on Twitter.

The international mainstream press, free from the censorship regime of Prime Minister Narendra Modi, also published the gory details of Tripura’s anti-Muslim violence. Some of India’s digital media houses have done in-depth reporting on the issue. Yet, the Tripura Police, toeing the BJP’s political diktat, has been claiming that all allegations are false and reports on anti-Muslim violence are “fake news”. Ignoring the ignominy it will cause to its credibility, the Tripura Police has slapped UAPA even on foreigners like Muslim rights activist CJ Werleman and others. This has shown how Tripura has fallen into the abyss of the “Gujarat Model”, as the Trinamool Congress’s (TMC) Tripura in-charge Sushmita Dev alleged.

While Modi’s self-styled opponent Rahul Gandhi of the Congress party has criticised the Tripura Police’s actions that exhibit a “colonial-era mindset”, he couldn’t find enough loincloth to hide the grotesque view of his party’s hypocrisy. The Congress party introduced the infamous UAPA in 1969 and later took it out of the cold storage and added sharpened it to crush democratic resistance of the people in 2009. The same Congress party did a volte-face after opposing Modi’s attempt to amend the UAPA in 2019 to add provisions that can designate individuals as terrorists. In 2019, the Congress party supported the UAPA in the Indian Parliament’s upper-house—the Rajya Sabha—minutes after it opposed the law.

The parliamentary left, which is led by the Communist Party of India (Marxist) [CPI(M)], the former ruling party of Tripura and West Bengal, had used the UAPA in abundance to gag its opponents. The Left Front government in West Bengal had imprisoned several political workers and activists under false charges using the UAPA between 2009 and 2011. The CPI(M) continues to book its challengers, except the RSS and the Congress party, under the UAPA in the state of Kerala. The TMC, which now rules West Bengal and is aiming to topple the BJP in Tripura in 2023, has been using the UAPA against political opponents just like its predecessor.

Hence, the opposition registered by these parties, after the Tripura Police has slapped UAPA on those who opposed the anti-Muslim violence, is a hollow one. All these political parties are complicit in cultivating anti-people laws like the UAPA and have applied this law against activists wherever and whenever they had been in power. Even their subtle endorsement of Hindutva fascism and stereotyping of Muslims, relegating the latter as second-class citizens, helped the BJP-RSS to normalise their Islamophobic propaganda even in states like Tripura with no history of communal violence. Therefore, these parties have no moral right to show solidarity with those who have been oppressed by the BJP in Tripura.

In such a situation, it’s useless to ask whether the Tripura Police has slapped UAPA on its own or was pressurised by the BJP to do so. Rather, it must be asked what gave the BJP-RSS and their appendage organisations the leeway to persecute the people and gag their voices using draconian laws if India was a democratic country? How could a democratic country allow a law like UAPA to exist and why is its Opposition so meek and weak to resist the sclerotic regime? Unless one gets correct answers to these questions, there is no reprieve in sight from the tyranny unleashed by the Hindutva fascist camp under the RSS. Tripura can be anywhere tomorrow.