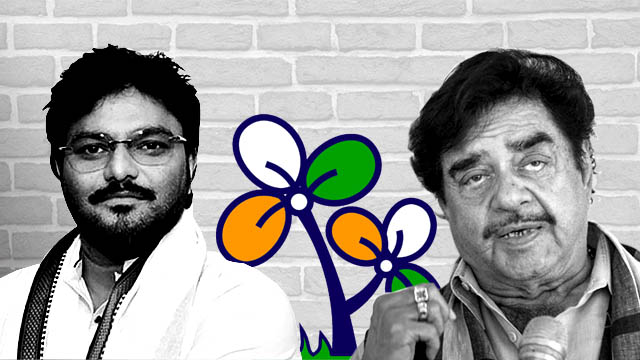 West Bengal experienced a paradox after the by-election results of the Asansol Lok Sabha seat and Ballygunge Assembly seat were out on Saturday, April 16th 2022. While both Trinamool Congress (TMC) candidates, Shatrughan Sinha and Babul Supriyo, won their respective seats, Asansol and Ballygunge, the figures show some interesting developments.

Supriyo, a former singer, was Bharatiya Janata Party’s (BJP) two-time member of the Parliament (MP) from Asansol. He resigned after being dropped from the Union ministry by Prime Minister Narendra Modi in July 2021 and vacated the Asansol constituency. He later joined the TMC in September 2021.

A former film actor, Sinha was a veteran BJP leader, two-time Union minister and MP. He joined the TMC recently and was nominated by its supremo, West Bengal Chief Minister Mamata Bandopadhyay, as the party’s candidate for the Asansol seat. He became the first TMC MP from Asansol, which was a seat retained by the Communist Party of India (Marxist) [CPI(M)] for nearly 25 years.

While Supriyo won the Asansol seat in 2019 with a margin of 197,637 votes against the TMC’s Moonmoon Sen, Sinha increased the margin by 303,209 votes. Also, the TMC increased the margin in Asansol Lok Sabha to a great extent in April 2022 vis-à-vis its 2021 West Bengal Assembly elections’ tally, when it had a lead of a total of 54,811 votes in all seven assembly constituencies of Asansol.

Sinha’s votes increased in Asansol even though the voter turnout during the by-elections was 66.42% vis-à-vis 76.62% votes cast during the 2019 Lok Sabha elections. In February 2022, the TMC won 91 out of 106 wards in the Asansol Municipal Corporation elections.

Paul, the sitting member of the legislative assembly (MLA) from the Asansol Dakshin constituency, even lost in her own assembly constituency to the TMC. The dismal performance of the BJP in Asansol showed how the TMC’s rise in the 2021 Assembly elections had rendered the saffron party a political detritus.

Halim’s candidature and her vote share boosted the morale of the CPI(M), which was politically exterminated in the 2021 polls. The CPI(M) made a half-hearted attempt to fight the Ballygunge seat by placing Halim, a non-working class and elite Muslim candidate, in a constituency with a majority of Muslim working-class voters.

Citing Supriyo’s earlier role as a promoter of violence during the 2018 Asansol anti-Muslim pogrom, a section of the left carried a “No Vote to Babul Supriyo” campaign in the constituency. The movement’s objective, which subtly promoted Shah, was to consolidate the majority of Muslim votes against Supriyo.

The campaign failed to wean the majority of Muslim votes away from the ruling party, as the influential Urdu-speaking, elite Muslim voters remained loyal to the TMC. They influenced a section of the working-class Muslims as well. The Congress party’s candidate Kamruzzaman Choudhury helped the TMC’s candidate by cutting into Shah’s vote.

TMC’s victory in Asansol and Ballygunge by-elections has brought a few facts about West Bengal’s politics to the forefront. On the one hand, the party has managed to retain its vote bank, while on the other, it managed to break into the BJP’s votes too. The CPI(M) managed to recover its lost votes to the BJP in Ballygunge but failed miserably in Asansol.

The TMC’s victory in Asansol and Ballygunge by-elections has shown that Bandopadhyay retains her hegemony in the state, rendering the BJP a political nobody. This may appear quite lucrative to the critics of the BJP outside the state, but this is a threat to the democratic aspirations of the people of West Bengal, who voted en masse against the BJP in 2021.

Rather than becoming an alternative to the BJP, the TMC has turned into its substitute by unleashing fascism. The murder of student leader Anis Khan and the Rampurhat massacre proved that. The TMC has become the pawn of the Rashtriya Swayamsevak Sangh (RSS), the parent body of the BJP, and is implementing its Hindutva fascist template in West Bengal.

Though the BJP has lost the Asansol and Ballygunge by-elections, the RSS has won as both candidates professed their loyalty towards the spearhead of the global Hindutva fascist movement. With two former Hindutva hatemongers winning by-elections, it can be called anything but the victory of secularism. Thus, the Asansol and Ballygunge by-elections’ results also ring an eerie alarm for the state and its people who oppose fascism.