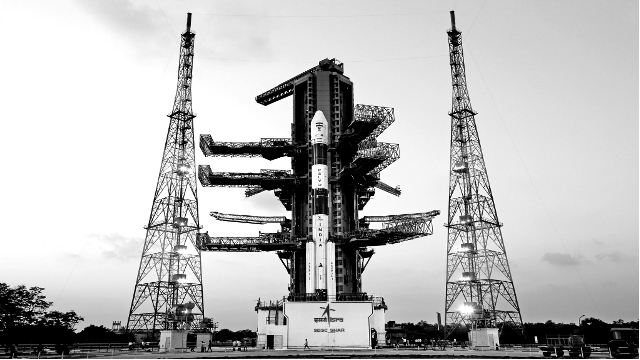 The Indian Space Research Organisation (ISRO) launched 104 satellites to the space using its Polar Satellite Launch Vehicle (PSLV) from its Sriharikota station on 15th February. It’s a record in the terms of the number of satellites launched by any agency and the ISRO was heaped with praises from all ‘patriotic’ quarters, including the chief of the patriots, Narendra Modi.

While the corporate mainstream media and its scientists and space expert panel members are singing hallelujah in the chorus to praise the almighty Modi government and the ISRO for their historic achievements, questions raised on the ISRO’s purpose and recent deeds are causing excessive discomfort to the government and its corporate masters.

Out of the 104 satellites launched by the ISRO through the PSLV – C37 on 15th February, 96 belonged to the US; out of which 88 dove satellites belonged to one California-based company, Planet, while the rest eight were LEMUR satellites of the US. The other satellites were BGUSAT (Israel), Al Farabi (Kazakhstan), PEASSS (The Netherlands), DIDO-2 (Switzerland), Nayif-1 (UAE). India sent Cartosat-2 satellite along with these foreign satellites to the space for high resolution military aerial photography.

The launching of the Cartosat-2 satellite was fanned by a wave of jingoism by the ISRO and the Indian ruling bloc as they hailed the satellite for its role in its anti-China missions and even in the so-called ‘surgical strike’ along the LOC claimed by the Modi government last year.

ISRO was supposed to be a space research organisation, researching the space and implementing projects that would, on one hand, empower the Indian people with the information from the space, and on the other hand, expedite the Indian missions to space and carry out extensive research. Rather, it transformed itself into a cheap satellite launchpad, providing economic services to its foreign clientele in an offshore location.

The PSLV was developed by the ISRO technocrats empowered with foreign technology to provide a cheap and durable launching solution to big monopoly capital owned corporations of the world, reactionary governments, and spy agencies. These technocrats worked overtime to provide these launchpad solutions to their clientele while using the tri-colour to package everything in ‘patriotic’ shade.

Many of the scientists in the organisation, which is hyped by the corporate media to bluff the middle class educated people, were involved in the bargaining for stake in the power equation with their political and bureaucratic bosses and foreign governments. APJ Abdul Kalam managed to become a President by using his tenure as a rocket technocrat in the organisation to portray himself as a pioneer of Indian missile defence system- arch-patriotism of the Sangh version.

The premiere space research agency has now joined hands with the Indian security forces and the giant mining corporations to empower the former against the tribal people of Chhattisgarh, who are since fighting to retain their rights over their forest and natural resources that these corporations are drooling for. Last year the ISRO declared that it will provide high resolution aerial photographs to the Indian Air Force (IAF) to successfully carry out strikes against the Maoists operating in Bastar region of Chhattisgarh. However, under the garb of fighting the Maoists, the government agencies are de-tribalising vast stretches of land, rich with mineral resources, for big mining corporations in Chhattisgarh. The ultimate path to development that the BJP and Congress equally agrees upon.

The dearth of scientific research in India and the lack of government funding in pure scientific research has led to a vacuum that can’t be filled up quickly. Over years the RSS affiliated so-called scientists have usurped the centre-stage of Indian Science Congress and other bodies and their entire focus is on endorsing the unscientific claims made by the Hindutva zealots and to prove that there was great science hidden in the Indian Hindu mythology.

By becoming an appendage of the corporate-military-state nexus that is aiming towards carrying out large scale genocides to wipe off the tribal people, ISRO has proved again that rather than playing any pivotal part in space research it’s contented in spying on tribal people in a bloody offensive against them and an offshore rocket launch pad that the foreign monopoly capital owned corporations and military establishments can hire to launch their own satellites that will empower them to battle the dissenting people in their own countries as well as anywhere else on earth.

While PSLV launch by ISRO will be hailed by the corporate media and the politicians of all hues, the poor in India will continue to live a life deprived from the accurate information on weather and natural calamities that the ISRO should have provided them on a priority basis. While the urban elites play the role of cheerleaders for the state owned organisation, wearing the patriotic attire, the poor farmers will continue to lose their crops due to flood or drought due to lack of proper information flow till the grassroots level.