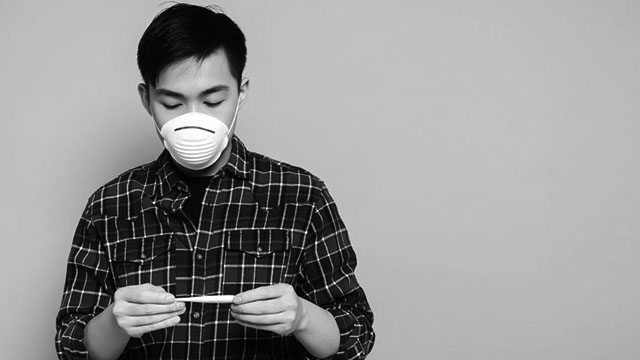 There are two types of people in this world. The first type cares a little about what’s happening elsewhere, even they ignore the fire in their neighbourhood until it burns their abodes; the second type starts prevention whenever they see smoke in the distant sky. While the former is nonchalant, the latter is proactive and knows what’s to be done when a distant house is burning, because they know a strong wind and lack of firefighting will actually bring the fire to their doorsteps.  Today, as countries like China, Iran and South Korea, along with Italy are reeling under the juggernaut of the new type of coronavirus, named COVID-19 by the World Health Organization (WHO), India appears nonchalant before the threat, exposing its vulnerability. Out of 3,245 suspected samples tested, five were confirmed. While three cases diagnosed in Kerala are cured, two new cases in Delhi and Telangana are detected now, ringing an eerie alarm.

Until now, around 3,000 people have died in China, while more than 80,000 people have been affected. The spreading of the virus is contained in many parts of China and the new diagnosis fell to sub-300 on a daily basis, which is a slight sign of relief for Xi Jinping-led Communist Party of China (CPC) and the government. Xi earlier gave a call to wage a “People’s War” against the virus and the Chinese state and the CPC began a mammoth exercise of mobilising the People’s Liberation Army’s doctors, paramedics and battalions to control the situation and treat people. Despite large-scale propaganda demeaning the Chinese efforts, despite western imperialist and Zionist propaganda vilifying the Chinese and accusing them of creating the virus, the people are resolutely and unitedly battling against the menace.

How would India, the second highly-populated country after China, and far behind it in socio-economic parameters, cope up with the threat of coronavirus turning into an epidemic? Prime Minister Narendra Modi’s government has no answers. While China is making progress in combatting the coronavirus, India is still lagging in taking the appropriate measures.

What’s the state of preparedness that’s required at this point in time for a country like India? How is India under Modi performing on taking effective steps to counter coronavirus or COVID-19 menace?

The government has reportedly formed a High-level Group of Ministers (GoM) to monitor the situation and evaluate the preparedness and measures taken regarding the management of coronavirus in India. This is what a government press briefing says. The GoM under the chairmanship of Dr Harsh Vardhan, the Union minister for health and family welfare, has members like Hardeep S Puri, the minister of civil aviation, Nityananda Rai, the minister of state for home, Mansukh Mandaviya, the minister of state (independent charge), ministry of shipping, chemicals and fertilisers and Ashwini Kumar Choubey, the minister of state, health and family welfare. The GoM met thrice since its formation in early February and there is nothing like a fool-proof plan on the table to counter coronavirus’s assault on India.

The health ministry has opened a 24×7 control room in Delhi and issued a number, 011-23978046 and an email ID ncov2019@gmail.com for people to contact and advised them to go to the nearest public health centres; other than this, the government’s countermeasures are limited to only screening the travellers coming from other countries. The government claims that screening is going on in 21 airports, 12 major seaports and 65 minor seaports and land crossings particularly bordering Nepal. So far, the government claims, 5, 57,431 travellers have been screened at the airports, and 12,431 at the seaports.

According to Dr Vardhan, there are 15 laboratories that are functional in a country with a population of 1.3 billion and merely 19 more will be made operational soon. Reagents to test up to 25,000 samples have been made available to the laboratories.

Dr Vardhan also advised that Indian citizens need to avoid non-essential travel to Singapore, South Korea, Iran and Italy. His ministry is quarantining those arriving from South Korea, Iran and Italy or having such travel history since 10 February 2020 for 14 days. He also informed that 112 people, including foreign nationals, evacuated from Wuhan, are kept at ITBP camp at Chhawla, while 124 people brought from Japan are kept in an Army facility at Manesar. Their samples were found negative.

Though the minister claimed that 3,695 Gram Sabha meetings are conducted in 21 border districts of Bihar, Sikkim, Uttarakhand, Uttar Pradesh and West Bengal to spread awareness, there was no activity in the big cities of the country. Bush telegraphs are rampaging on social media over coronavirus and its causes, triggering panic. Lack of public awareness and the dilapidated state of the public healthcare system is raising fear about the mishaps that will take place if coronavirus turns into a lethal epidemic in the country. The Chinese have developed a comprehensive plan to use stadiums to treat patients of coronavirus, to cope up with the lack of space to treat a large number of patients. India didn’t even follow the footsteps to prepare places for exigencies and it’s still waiting for the epidemic to spread at a large scale.

One of the biggest challenges that India today faces is the lack of proper public healthcare infrastructure, which the Modi-led BJP government has carefully destroyed over the years to render the people helpless and force them to seek treatments at the expensive private healthcare space, allowing big corporates to mint money. The flagship health insurance project of Modi, which the BJP has been marketing as a magic tool, is also a carefully-drafted insurance scheme helping the insurance service providers and made the government an insurance broker rather than the principal proactive and universal public healthcare provider. As coronavirus or COVID-19 experience in China showed the importance of the public healthcare system to combat the disease, therefore, in a country like India, which lacks proper investment in public healthcare and depends heavily on private healthcare, if the disease sets its foot in even one of the big cities, the total mismanagement, corruption and absolute reliance on the private healthcare and superstitions will lead the situation to a disaster. To fight coronavirus at a time when public healthcare has failed, only public awareness and people’s proactive prevention can become weapons.