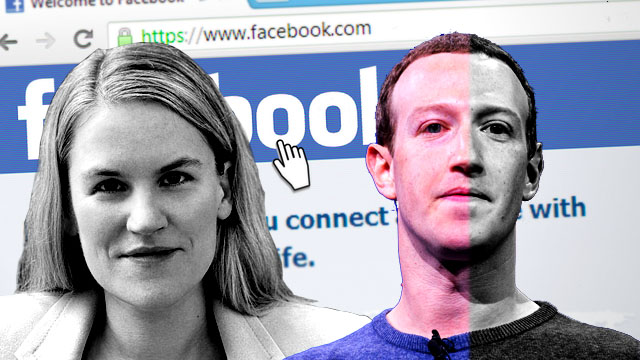 There is a hullaballoo over the renaming of Facebook to Meta by its founder-cum-CEO Mark Zuckerberg. During Facebook’s Connect 2021 event, Zuckerberg declared that an umbrella brand—Meta—will bring together the 17-year-old company’s different apps and technologies under one roof. The parent company is still known as Facebook, the world’s most popular social media platform.

Meta is focusing on bringing “the metaverse to life and help people connect, find communities and grow businesses,” as per the company’s press release. But the question is why did Facebook, the ubiquitous social media platform that’s bigger than China, the world’s most populous country, have to change its name to Meta?

One set of analysts, who are evaluating the issue from a purely technological point of view, are claiming that this renaming of the parent company as Meta and disconnecting it from Facebook, which will remain as one of the most important products of the brand, is solely done as Zuckerberg looks forward to introducing a diverse set of new user experiences, including the virtual reality, where users can live in a virtual realm altogether.

Zuckerberg’s letter to the employees states a lot about his purpose from a technological point of view. He claimed in his letter that when Facebook was founded people generally typed text on the internet. From there, the journey has been through the web on evolving smartphones, photographs and then to videos. Now, according to Zuckerberg, is the time to experience the metaverse.

“The next platform will be even more immersive — an embodied internet where you’re in the experience, not just looking at it. We call this the metaverse, and it will touch every product we build (sic),” Zuckerberg wrote in his letter. He also explained what virtual reality will be like.

“The defining quality of the metaverse will be a feeling of presence — like you are right there with another person or in another place. Feeling truly present with another person is the ultimate dream of social technology. That is why we are focused on building this.

In the metaverse, you’ll be able to do almost anything you can imagine — get together with friends and family, work, learn, play, shop, create — as well as completely new experiences that don’t really fit how we think about computers or phones today.”

The Facebook founder also shared a video to provide a glimpse of what the future of the internet will look like.

While the jargon-filled rhetoric regarding the next level of the internet is, of course, a business objective Zuckerberg is seeking at present to grow his business, however, it’s not the only reason he has changed the name of the parent company to Meta, as the purely tech-driven analysts would make the world believe.

Rather, as per critics of the social media giant, this change of name has been done to create a new company that can detach itself from the sins committed by its previous avatar. This has been a practice that several big corporations have undertaken, especially in the chemical, tobacco and other industries, to either avoid legal scrutiny or to avoid litigations.

What’s Facebook’s reason for changing its name to Meta when the company isn’t into chemicals, mining, tobacco or other such controversial industries? The principal reason that drove Zuckerberg to consider the change of name is the company’s business model that only seeks growth and even provides space to unscrupulous elements, enabling them to spread visceral hatred and promote violence, as hatred fuels growth according to the social media giant’s algorithm.

Frances Haugen, a former Facebook employee in the US who quit her job in May 2021, leaked a treasure trove of secret documents. These documents have been disclosed to the US Securities and Exchange Commission and provided in a redacted form to the US Congress and a consortium of journalists by her attorneys.

Consisting of presentations, research studies, discussion threads and strategy memos, these documents are called the “Facebook Papers”. The Wall Street Journal reported about the “Facebook Papers” first. It was followed by other news outlets, including The Washington Post. Unsurprisingly, after Haugen went public against her former employer, Facebook, Instagram and WhatsApp suddenly went offline for hours, which was unprecedented and was later blamed on an outage by the company.

The extensive reporting on the “Facebook Papers” showed how the social media giant ignored public safety, child safety and other aspects to achieve growth. The “Facebook Papers” also shows that Zuckerberg had lied to a US Congress’s committee that was investigating how the platform violated people’s rights.

While Zuckerberg testified before Congress that Facebook deletes 94% of hate speech it finds before a user reports it, the internal findings of the company showed that it was removing less than 5% of all hate speech. Moreover, it fails to guard the platform in the rest of the world, allowing feral hate-mongers to exploit the loopholes and spread hatred and misinformation.

According to one 2020 summary, while 84% of Facebook’s efforts against hate-mongering and misinformation dissemination went towards the US, only 16% went to the “Rest of the World”. Accounts linked with India’s ruling Bharatiya Janata Party (BJP) were found exploiting the platform to spread hatred against Kashmiris, Muslims and opponents of Prime Minister Narendra Modi, with whom Zuckerberg shares a bonhomie.

Facebook’s role has been questioned during the 2020 Delhi anti-Muslim pogrom, in which the BJP is accused of playing a key role. Facebook’s former India policy head Ankhi Das was accused of deliberately allowing hate messages that favoured the BJP to stay on the platform despite being flagged. Das later quit Facebook.

Earlier, in 2019, Zuckerberg had to cough up a penalty of $5 bn to the US Federal Trade Commission (FTC) for violating its 2012 order “by deceiving users about their ability to control the privacy of their personal information”.

Apart from the FTC, Facebook was also penalised in the UK by the Competition and Markets Authority (CMA). The CMA fined the US-based Facebook £50.5m for breaching an order imposed during its investigation into its acquisition of GIF platform Giphy.

After Haugen deposed before Congress and the consortium of media outlets got access to the “Facebook Papers”, Zuckerberg could think of the only quick troubleshooting measure – changing the company’s name. It’s unclear, whether changing the name will help Zuckerberg sail through the crisis, but what’s clear is that Meta will aggravate the world’s digital crisis further by trapping a large section of the masses in the virtual world for longer.

As the pandemic has caused a severe behavioural change in children of households that can afford the internet, it’s going to be a disaster if they are provided far more virtual experiences under the Meta platform, which Zuckerberg plans. It will not only have psychological effects on growing children and teenagers but also affect their physical wellbeing.

Moreover, by trapping people in its digital net, Meta will take deeper dives into their data and can exploit vulnerabilities by violating their privacy. Whether the world will let this social media giant profiteer by being a super controller of not only their data but also of the people’s behaviour, will be seen soon. Until then, Meta will try to add sheen to the blotted Facebook brand, however, it’s unlikely that it will escape the consequences of its actions.