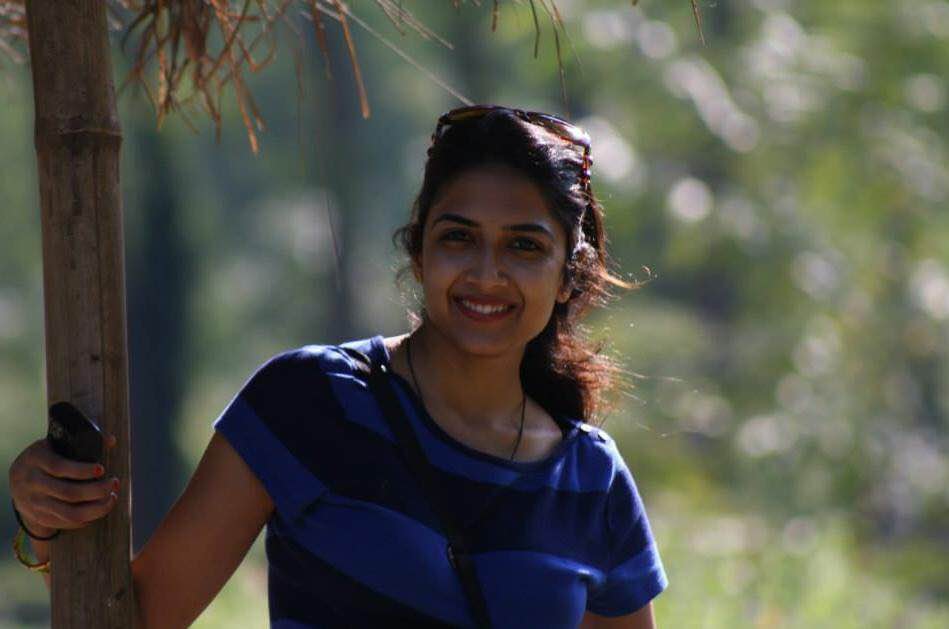 (This article was first published in July 2016 in the previous version of People’s Review. Due to an incident of hacking the old website was pulled down and we could only restore the old articles in this section)

On 3rd July 2016, the Pandey residency in Ujjain, Madhya Pradesh, received a telephone call from London, a shrill voice from the other side informed them of the sudden death of Ayati Vashisth, aka Sonu Pandey, the daughter of the house married to Akanksh Vashisth, a mathematician in a reputed bank in England. It was just three years that Ayati was married to Akanksh, and just few weeks since their return to the UK from a tour of the Ujjain Kumbh. The caller was Nikhilesh Prasad Vashisth, the father-in-law of Ayati, who informed the Pandey family in India that their daughter committed suicide by hanging herself with a wire in her bathroom on 2nd July. The Vashisth family is based in the UK since a long time and their residency is in Tryfan Close of Ilford. Nikhilesh Vashisth refused to give much information to the family regarding the events that led to the death of Ayati and the story narrated by him was filled with too much inconsistencies and contradictions.

Ayati and Akanksh came to know each other through a match-making website Shaadi.com and they were married in April 2013 in Mayur Vihar of Delhi. The couple moved to the UK after Ayati, who was Sonu Pandey before her marriage, left her Madhya Pradesh government job. Since reaching the UK, Ayati got confined in her husband’s house and was not allowed much to contact with her family. The Vashisth family also never contacted the Pandey family in Ujjain much except for some special occasions. The night of 3rd July was one of those unfortunate occasion for the Pandey family.

The Pandey family, and their son, Sanjay Pandey, the brother of Ayati Vashisth, tried to figure out what went wrong and he was given a police case id CAD 8879, lodged on 2nd July 2016 at the Ilford Police Station. However, despite several emails to the MET police and the Ilford Police station, there was no response regarding the status of the case and the family lurched in darkness seeking justice for Ayati Vashisth, whom the family and her friends described as a very strong and determined woman, someone who would not commit suicide in any situation. As soon as the news of suicide spread the family and the friends started doubting a foul play on part of the Vashisth family there in the UK, who have also taken dowry through different modes since the marriage took place in April 2013. The doubt became strong when the in-laws of Ayati Vashisth refused to provide any details of the post-mortem report, when the Ilford police denied any assistance to the family members of the victim in India, and when the husband of the deceased posted a status on Facebook that claimed that his wife died of a sudden “heart attack” without giving much details. The story of heart attack was much surprising for Ayati’s family members in India, who were searching for reasons that could compel someone like the victim to kill herself.

The Vashisth family, especially Nikhilesh Vashisth was found very close to different RSS stalwarts in India, including the infamous FTII director Gajendra Chauhan. During and after the marriage the Vashisth family took nearly Rs 200,000 worth of dowry in cash and jewellery apart from other gifts in kind. There was a constant pressure on Ayati to bring in more wealth  by her in-laws, who controlled her life in a most repressive manner. The Pandey family in Ujjain accused the Vashisth family of hiding the fact that Akanksh Vashisth was earlier married to another woman with whom he later got divorced. The fact came to light only when Ayati Vashisth reached the UK and learned it from different sources. The torture and humiliation on Ayati Vashisth increased since she revealed this fact to her family members in India. Demand for dowry and constant oppression on Ayati continued for all three years and despite repeated pleading from her family members there was no relief for the victim.

Since the time the Pandey family came to know about the horrendous incident, they were running pillar to post in India to seek help in resolving a criminal case that was concealed through the money and connections of the Vashisth family in the UK and in India. When Sanjay Pandey kept on Tweeting to the self-styled “caring” and “pro-active” minister Sushma Swaraj for help in the UK, his plight was ignored due to the string pulling done by the Vashisth family through their RSS connection. The Indian Embassy in the UK also did a little to help the family, and even never assisted them to get a copy of the post mortem report of their daughter, which the family accuse the in-laws of concealing from them. The Ilford Police has played a very negative and unhelpful role as well when Sanjay Pandey kept on knocking their doors for days. The MET Police simply replied to Mr Pandey to contact the Ilford Police for any enquiry when he complained about no response coming in from the latter.

In India when a married woman dies within a period of few years from her marriage, the family of the in-laws along with the husband becomes suo-motu suspect as per the prevailing laws that are designed to curb the evil of dowry deaths. However, in an advanced country like the UK, due to an absence of proper criminal laws on Asiatic crimes like dowry and honour killings the police ignores the possible angles involved in the cases of unnatural death of woman in such families. The MET police has neither posted any update on its investigation in this one month, nor did any local news paper or portal published even a line on the case, which the senior Vashisth called suicide and his son Akanksh called heart attack. The discrepancies in the statement of the father-son duo and their inconsistencies can raise the eyebrows of the police in India, however, the MET police and its Ilford police station has taken no cognisance of the offence and carried out any investigation.

It is true that thousands of dowry killings in this country goes unnoticed and unreported due to several socio-economic restrictions on the families of the victims. However, in a country like the UK, the equation should have been different than India. It was expected to be a safe haven for women, who would flee the patriarchal repression meted out on them in their home countries to a “civilised” and “developed” country like Britain. When the incidents like dowry killings can happen unbridled in Britain and the culprits can live freely even after killing a woman without fearing any repercussions from the police or any other law enforcing units, it can turn into a dangerous ground for the feudal and patriarchal forces from societies like India, Pakistan, and Bangladesh to breed their misogyny and oppress their women for the sake of dowry or a male heir. It is only by taking cognisance of such unnatural deaths and by following up each angle of the victim’s life vis a vis her in-laws and husband, the Ilford Police could have resolved the case and booked the culprits and thwart an attempt to clandestinely torment women in the households of immigrant families from India, Pakistan, and Bangladesh by the men raised in utmost feudal and patriarchal culture.