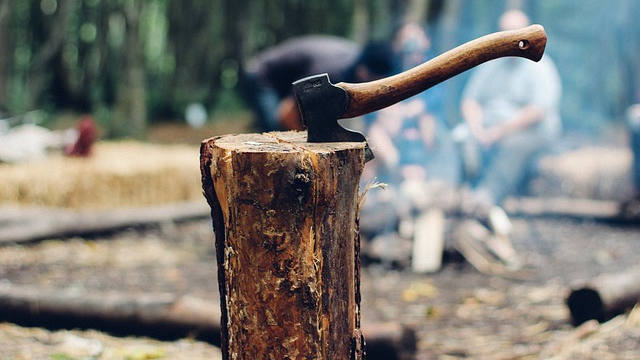 A massive movement of South Delhi residents and environmentalists have stalled the Modi regime’s plan to axe more than 17,000 trees in the very city that is choking due to severe air pollution and a deficit of nearly 900,000 trees according to a finding of the Comptroller and Auditor General (CAG). The Delhi High Court has stayed the proposed axing of trees until 4 July 2018, which has provided a little respite to the protesters. The Modi regime has proposed a re-development of seven colonies in South Delhi and it has awarded the project to the government-run National Building Construction Corporation (NBCC) and Central Public Works Department (CPWD).

The NBCC and CPWD will be developing 25,667 flats for Central Government employees which will have 70,000 underground car parking.  Out of this proposed re-development of the seven prime locations, Sarojini Nagar, Netaji Nagar and Nauroji Nagar are to be developed by the NBCC, while the CPWD is responsible for re-development of Kasturba Nagar, Thyagraj Nagar, Mohammadpur and Srinivaspuri. The whole project would require chopping of 16,573 fully-grown trees on paper. The Modi regime is promising the plantation of saplings, 10-times the number of trees that will be axed, which the people of the localities and the environmental activists are strongly opposing.

On an average, a big tree needs more than 20 years to grow. The promise of planting 200,000 saplings at a remote location of the city by the government, which will never receive care and 80 per cent of them are may die before two years. Even if these saplings survive, considering that they receive proper care, that they are eco-friendly trees and they don’t need too much of groundwater to survive, then too, these saplings will not provide the required oxygen to the city immediately. Most of the trees that are going to face the axe of development are nearly 50 to 70 years old and when the saplings will reach that age, the city of Delhi may not have any living beings residing due to the effects of the poisonous environment.

While air quality is constantly declining in the capital city and the latter becoming a virtual gas chamber for the residents, rapid and unplanned real estate development throughout the city, arbitrary cutting of trees and destruction of natural habitats are rampant and, in most of the cases, either the government, or the big real estate mafia connected with the BJP are involved in these crimes. The unplanned development of Delhi, especially in the middle-class localities, colonies and ghettos, where houses are built one upon another, not a single blade of grass is allowed to grow as concretisation has left these non-posh localities absolutely barren and dry. Unregulated groundwater extraction by households and business entities have contributed to the falling water levels and concrete doesn’t allow replenishing of the soil.

In such a deadly city, it was only the posh localities and colonies where the rich could afford to spare some space for greenery, quite artificial in most cases, to show their class and their fake love for nature. In all of the rich men’s colonies of South, West and North Delhi, greenery is still visible. However, as the city’s real estate sharks, mostly connected with the major political parties, grow hungry and desperate for more land and opportunity to earn huge profit from construction, the government led by the AAP or the BJP appease them alike to retain the donations that flow from these unscrupulous real estate developers. This has allowed these real estate mafias to become the controlling force of Delhi and the extortion racket run by the Delhi Police and civic bodies help run the lifeline of the corrupt bureaucracy that keeps its eyes closed.

So far, it was the Central Government employees, the bureaucrats, the elite and upper-middle-class Delhites, who strongly agreed to the agenda of neo-liberal development following the propaganda carried out by Times of India or Hindustan Times, the giant Hindutva-inclined pro-imperialist media outlets. These socio-economic sections supported massive deforestation in Chhattisgarh, Jharkhand, Odisha and elsewhere so that the big mining corporations can plunder the rich mineral resources beneath the soil easily under the garb of “development” of those regions.

These rich, super-rich and upper-middle class city dwellers of New Delhi, Mumbai or any other metro cities are an integral part of the core support base of the Indian ruling classes, i.e. the nexus of feudal landlords, big comprador capitalists, bureaucratic capital and foreign monopoly and finance capital. The majority of the residents of these posh and super posh South Delhi localities have vehemently opposed the struggle waged by the tribal people of Central and Eastern India against the corporate aggression on their land, forests, rivers and livelihood. They have always advocated on all platforms that the poor of the country, the tribals of Chhattisgarh, Jharkhand or Odisha, the Dalits and Muslims must pay the “price of development” by sacrificing their lives and livelihoods so that the “Babu” class can prosper.

However, a lot of these Sahibs and Memsahibs didn’t know that the axe of neo-liberal economic development is often double-edged and there is never a guarantee where it will hit. As Vedanta, Adani, Posco, Tata, etc. battle over the control of India’s minerals, ports, rivers and natural resources by greasing the palms of the Hindutva fascist state, the lust of capital has not spared the posh localities of the Delhi elites either. Those at a higher position in the capitalist food chain needs the land of the South Delhi colonies and the dwellers, the bureaucrats and high-salaried government employees who have been living on the agony of a billion of poor Indians so far, now face the heat and the axe.

Trees are key to the existence of life in this world and no sane person can think of deforestation or cutting down trees during these times when pollution level is steeply rising. In cities like New Delhi, the cutting of such a large number of trees indeed needs a strong protest and more people should come out to voluntarily to plant trees to protect the city and the future generations. However, while fighting to safeguard their own future, most of them, especially the hyper-chauvinist supporters of neo-liberal economy who ride expensive, high-fuel consuming cars and who would love to leave more carbon footprints due to their consumerist lifestyle, must remember that the very Modi regime that is axing trees in their locality and the BJP, whose leaders love distributing firecrackers among poor children of Delhi slums rather than food and clothes to protect the sanctity of religious bigotry, have actually destroyed the Indian environment more than any other party.

While confronting the Modi regime and its lackeys, the South Delhi residents must remember that the very government and the system they have hyper-actively supported since time immemorial, have destroyed the natural green cover of the country by supporting massive deforestation to make way for foreign and domestic mining corporations; the same dispensation is now talking about river linking, which will cause great environmental damage to the country and push civilisations of tribal and Dalit people to the brink of extinction in many parts of the country, leave alone the irreparable damage it will cause to the wildlife and flora and fauna.

When they come out with their Gandhian-NGO agenda of protecting trees in isolation without participating in the greater struggle of uprooting corporate aggression and exploitation on India, the principal enemy of Indian environment and nature, they remain thousands of miles away from realising the real pain of protecting the environment and the eco-friendly sustainable development model of economy that the tribal people are fighting to retain against one of the powerful military apparatuses of the world. The 17,000 trees in the most polluted city on earth is nothing in comparison to entire forests being cleaned off by the big mining corporations, who even target to blow up hills and thereby push ancient communities to the verge of extinction.

It’s absurd to expect that these South Delhi elites and upper-middle class people, who live within the protection of their class and caste privilege and support most of the anti-people and communal agenda of the RSS and the BJP, will feel the pain of the tribal people fighting for their survival against the mighty Indian state. For South Delhi residents their struggle is the local one and they are getting enough room in the Indian mainstream media because their lives and livelihood matter a lot to the neo-liberal economy, unlike the lives and livelihoods of the ancient tribes like the Dongria Kondh, Gond, Bheel, etc.

The South Delhi residents may win their case against the Modi regime due to their privileged position in the caste-class equation, however, they won’t do anything better to save the lives of the majority of the poor fighting against corporate aggression. Once their trees are saved, most of these bureaucrats will somehow restart their support for “development” of remote areas, forests and tribal heartland, which will mean more eviction, destruction of natural habitat of tribal people and wildlife, all for the sake of neo-liberal economy. So the wave of a revolutionary change, especially in terms of protection of the environment and safeguarding the future generations, will not arise from New Delhi, but in the hinterlands of Chhattisgarh, Jharkhand, Odisha, Tamil Nadu, etc., from where millions of poor, deprived and exploited feet will reach New Delhi to end the reign of tyranny on their lives. Such a future is inevitable, however, it will certainly not be very comfortable for the elites and upper-middle class who have enjoyed the fruits of “development” so far.